I am not sure what you mean by the GC, but we take ours to Guitat Fleurs in Cluny.

Anyone know if it’s possible for visitors or travelers to get one of these ‘rubbish tags’ to dispose of rubbish throughout France?

Oh my word Timothy you’ve found something with which I can agree. Starbucks is rubbish unless you want a bucket of steamed milk.

Oh my word Timothy you’ve found something with which I can agree.

Had to happen sooner or later.

We have very sadly just gone over to the new smart bins. Until now we have had weekly collection of yellow recycling bags plus our normal rubbish bin (only glass needed taking to the communal bins).
We were paying around €130 / year for this wonderful service. We now have to drive to the bins (just too far to walk with a stinky bin bag / large recycling bag in hands!), as do many others I’d imagine as there appears to only be 2 bin banks for our whole village (950 ish), that seems very unenviromental to me compared to one truck one morning a week. It will now cost us around €250 / year for a worse service and that only allows us I think 42 bags / year for a family of 5! Already I have noticed days where it is really full so you need to put each recycling thing in by hand pushing back the rest (yuck!) as you can’t put the yellow bags in (I’ve found taking bags down and then tipping in while trying to hold the door open works best - kind of! This doesn’t work when full though so it is a one by one activity - you can imagine with 3 hungry boys how much recycling we have so really not fun! There have also been black bags sat on top / next to the bins a few times (and we’ve only had it for about 5 or 6 weeks). We are not being charged yet until ‘nouvelle ordres’ but once we start up if we have more bags than that it will cost I think €4 / bag extra.

On the positive side they are now accepting all ‘emballages’ in the yellow bins so between what we compost, burn in the woodburner there is actually very little that goes into the bin, I had one small carrier bag for the last 10 days or so. With bathroom bins I think I’ll have a bag that will fit so actually I’m pretty much on target for the number of bags over the year.I can’t see why they couldn’t have done this earlier and let us keep our original system!

I imagine @Stella you’ll have the same system as it looks like it is the same one being implemented all over the Dordogne. 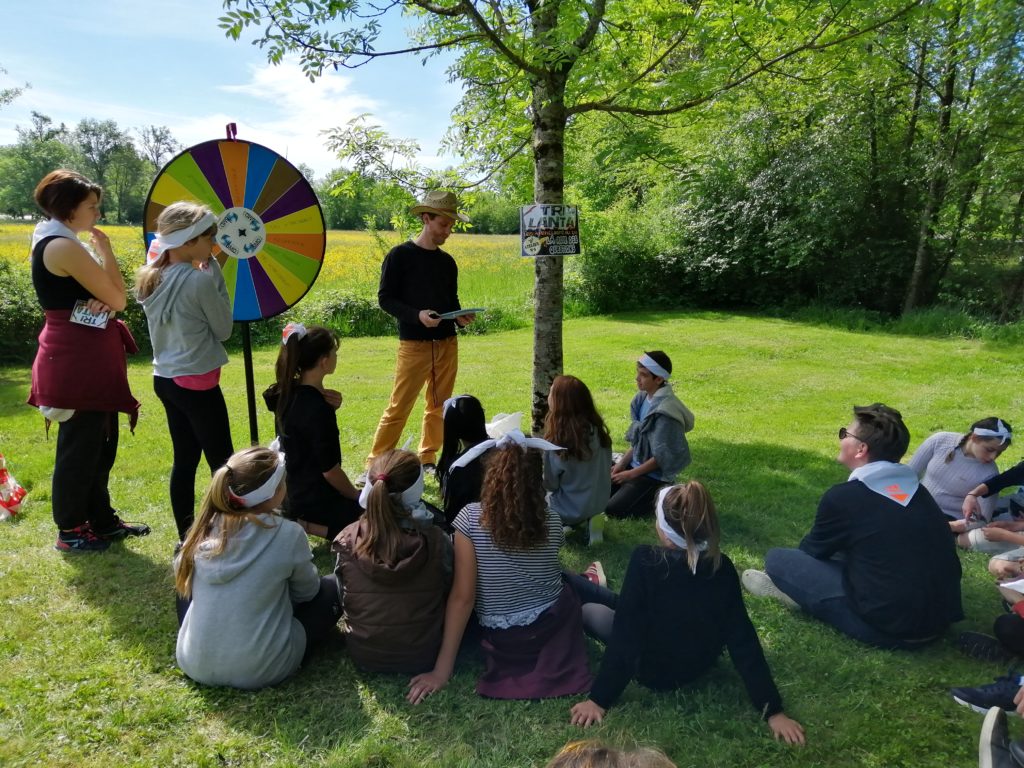 Early Christmas present! - new Clyclad wheely bin - and something to read. I put recyclable stuff in yellow sacks which I leave on the ground, and household waste goes in a black sac inside the wheely bin.

Have been offered a composter as well which I think I shall get. Am thinking of growing miniature fig trees in containers – compost might be useful.

I have no problems with waste disposal in Charente Maritime. Grass cuttings, leaves, ivy, bramble and saplings etc I take to the decheterie, along with any other waste matter of all kinds, and all sizes, so am very happy with all that.

When I first came to France, I asked neighbours how I could get rid of such things as an old mattress, an old fridge etc. I was directed to a large open field opposite some stone quarries, and in the field was a large hole where the ground had collapsed into old unused quarrying tunnels below, and it was full of junk! In the 1990s!

Prior to that, I had to keep such stuff & junk on my own property. And so did everyone else!

Eventually, over the years domestic waste disposal has so much improved. And waste disposal globally is becoming of such vital importance these days, in so many ways. 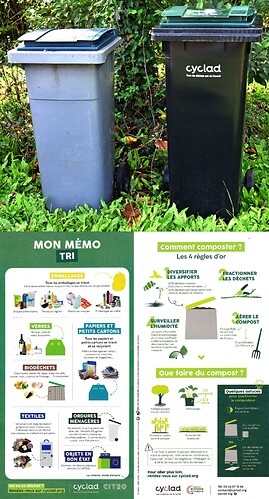 Just to say that I had the yellow sack recycling rubbish system ever since it all began and if you left a sack outside on the ground it would get ripped open by animals trying to find something to eat. Therefore I suggest you do as I did and keep a bin specially for the yellow sacks and then put them in the collection bin just before it gets emptied. Here I have a yellow lid bin and a green lid bin which are collected from my entrance.

My neighbours leave their yellow recyclable sacks perched on top of their wheely bins, but I don’t because I’ve never had a problem with scavengers. The binmen come at a convenient time in the morning now so don’t have to leave the yellow sacks overnight.