Orange billing for calls/connections not made!

I frequently get billed by Orange for calls to numbers which I have never made. It is a lot of bother to argue with them every time, as usually the calls cost less than 20 centimes. My internet connection is via satellite, never via my fixed line, but all of the wrong billed calls are “vers nr internet de France metropolitaine.” I disputed 1 call of several Euros and after a legal fight they let me off but never accepted responsibility, saying that such errors were impossible!! They are not usually trying to charge ME a lot, but IF this is happening to a lot of people Orange are making quite a large profit with false billing. Has anyone else noticed this error?

You’re sure your phone isn’t doing it Bill. Some app or the OS could be trying to do something. Have you everything turned off except voice calls? I have some sympathy with Orange (not a usual stance for me) because from a technical point of view I cannot see how cals would be miss-allocated to your number.

My internet connection is via satellite, never via my fixed line, but all of the wrong billed calls are “vers nr internet de France metropolitaine.”

I’m confused by this sentence because I don’t see what the fact that your internet connection is via satellite, has to do with whether or not you made calls on your landline to a French VOIP number.

Hi John, My phone is is just a standard phone, connected to a standard landline, there is no kind of ‘Box’ connected to it, The last time I connected my computer to that line was to send a fax a few years back, since when there has been no connection between my computer or any other device and that landline, other than my telephone. I don’t know about the other not-really-made calls, but the expensive one was said by Orange to have been made on a date when my house was completely unoccupied - and was only for 2 seconds, which wouldn’t make sense even if someone had broken in to use my phone! The few I have phoned Orange to complain about were met with “no problems, we will deduct that from your next bill”. it was only for the very expensive one that they said it was impossible for a call to have been miss-allocated to my number.

Hi Anna, Please read my first sentence again, as that invalidates your question

!! VOIP stands for ‘Voice Over Internet Protocol’., i.e. it is a system specifically for making telephone calls over the Internet, and my landline is NEVER connected to my computer nor any other device capable of connecting to the internet. Orange are charging me for making calls to an old-fashioned dial-up internet connection, which I most certainly have not done, and always for about 1 minute or less, which would be fairly pointless even were they really made, but indeed the internet informs me that the numbers concerned are NOT even dial-up internet connections! However my basic point and complaint is that I never made those specific calls to those numbers, regardless of whether the numbers are for Internet connections or not, and my only reason for saying that they are to Internet connection numbers is because that is what Orange are classifying those calls as on their bill to me!

As I understand it you have a satellite internet supplied by a specialist provider and a fixed line telephone supplied by Orange. The only people who will be able to identify these mystery calls will be Orange themselves. Very few of the people on this forum will have any experience of false calls to an Orange land line as they will only use VOIP through their a Internet connections.
Personally I never experienced any false billing from Orange and haven’t heard of anyone else having done so either.

Ah OK.
I understood it as meaning that you were making calls to a VOIP number.
Let me explain my thinking (I know what VOIP stands for): I have a landline with an 02 33 XX XX XX number which is the geographic number originally allocated by Orange when I had the line connected. But I now have VOIP calls included in my internet package with Free, and Free therefore allocated me a different number - which I assume one could call an internet number, because it’s not geographic. Whether folk dial the 02 33 number or whether they dial the Free VOIP number makes no difference to me, I don’t know which they’ve dialled me on. But if they dialled the VOIP number, I was thinking that perhaps that might show on their bill as a ‘nr internet de France metropolitane’. As opposed to the 02 33 number which might show as a call to Basse Normandie. (My telephone identifies callers ringing from geographic numbers as eg “Montélimar” which presumably it can’t do with an internet number).
I’m probably completely wrong, but that was the logic behind my question.

That’s bizarre Bill. I assumed it was a mobile problem. I can’t see your landline doing anything of it’s own accord. Could be an Orange billing system problem. That wouldn’t surprise me.

Are you sure you didn’t make any phone calls to 09 numbers? It still seems most likely to me that this is what Orange mean by “appels vers nr internet de France metropolitaine”. 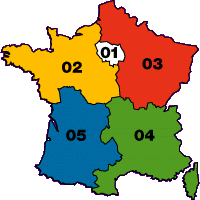 Do you have a house alarm connected to the telephone?

Hi Anna, In all of the calls I have been charged for which I have not made, those for which I could find a reported owner (by searching online) were some obscure company name, in one case health care for the elderly if I remember rightly! None of them have belonged to an internet connection company. My main reason for trying to make this problem public is that I make extremely few telephone calls so I notice ones listed which I did not make, however someone running a business or who makes many calls is much less likely notice a few wrong ones, HOWEVER if Orange do this with a few million people it is a significant extra - dishonest! - profit for them. Hence I wondered if others had noticed this problem. It has been happening to me for at least 2 years, not every facture, but quite frequently, despite Orange saying that it is impossible!

Nope, nothing connected to my landline other than a normal telephone. Indeed it was even a different telephone when the problem started, but a lightning strike destroyed that telephone, hence a second phone, but the problem continues. I just wonder if Orange - or a hacker - could charge calls to me but actually made by them. However all of the calls are quite brief, from a few seconds to less than 2 minutes, so not even really much use to another user, unless somehow they are getting the money for that call.

None of them have belonged to an internet connection company

I don’t seem to be making my points very clearly today.
I was suggesting that the call was made to a subscriber who uses a phone number provided by his internet provider. Not to the internet provider itself.
Never mind.

Does the bill itemise the calls individually, if so do the numbers start “09”?

I think Anna is probably correct in that these are calls to VOIP numbers in the 09 range.

If you really just have a plain telephone service with nothing but a phone attached we can probably eliminate you or your equipment as being the originator which leaves people tapping in to the line or billing errors at the Orange end.

Hi Anna, You are making your points quite clearly, but they are irrelevant! As I have written at least 3 times, including the very first sentence I wrote on this subject: I DID NOT MAKE THOSE CALLS !!! As you choose to ignore that fact we are of course talking at crossed porpoises

Hi Paul, Out of 16 calls only 1 does not start with ‘09’, and that was 3211 which cost 3€ for 2 seconds, made when house was empty ! I would agree with almost all of your conclusions, except that I would add to your last point the possibility of someone deliberately profiting from my payments for those calls. My only difference of opinion with Anna is that despite my denial she continues to assume that I made those calls! This has been happening on my factures for at least 3 years, so I doubt very much if my number is the only one having invalid charges added to it. And yes I have spoken with Orange about this, only to be told that what I say is happening is impossible, so they clearly had no intentions of investigating this problem! Surely this must also be happening to others? I did find complainants on-line re 3211 charges for calls not made, but nothing re the ‘09’ numbers.

Do you get a lot of unwanted calls on that line?

I just checked my mobile bill… as sms came through to tell me the amount about to be deducted. Yep 22 cents more than it should be for our 2 mobiles… however, I chased that down to OH using his phone briefly to contact a UK mobile (drat and double drat).

I wish our friends would get a French mobile… we usually refuse to contact “foreign” mobiles as it always costs us… but this occasion was an emergency so… ok… and 22 cents worth was enough.

If orange played me up as per the Original Poster… I would kick them into touch.

Yes, I agree, an excellent idea ! However I live in the sticks and mobile signals are very poor, so the only guaranteed signal is a landline. I could go over to satellite as I do for Internet, however that would mean in a power-cut I would have no telephone, so options seem rather limited

Ye Gods YES !! For at least 6 months re house insulation up to 8 a day up to 11 0’clock at night, so it is now usually unplugged! That and quite frequent silent calls, which I assume is either someone checking to see if my house is occupied, or tele-sales automatic system trying to determine when I might be contactable.