We have a few outhouses and we are thinking about making one into a home for our expanding cat population as they are living in the spare bedroom in the stables at the moment.
It is a substantial building with a large old rotting window and a old door with a sliding railway carriage door that slides over the entrance for protection.
There is a rusting corragated iron roof on top of it all,
we will check on Monday at the Marie, but do you think I will need to put a Déclaration Préalable in to cover replacing the roof with ridged bitumen sheet, put in a new window and replace the old door leaving the sliding one as it is for security when we are away, I will insulate in-between the rafters and box the ceiling off, insulate the floor and line the walls at the same time, the only thing that will be seen will be a cat door beside the new door.

I would definitely talk to the Mairie as there are bound to be people who think that you are turning this into something for people.

If it goes down as another bedroom I will just declare it and be done with it, not bothered about any additional cost.
There will be cat beds and a heater in it for the foreseeable future, eventually there will be a ensuite going in but that will be quite a job to put water and drainage in to where it is.
Basically all I want just now is to make it wind and water tight, there must have been like a lot of our buildings two storey as under the corragated roof is floor tiles and lath & plaster ceiling. 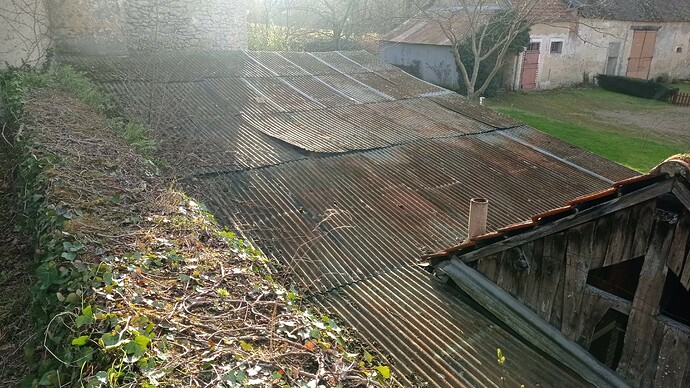 I’d just go and have a word in the first instance, and just about the roof.

Here’s some inspiration for you and your cats:- 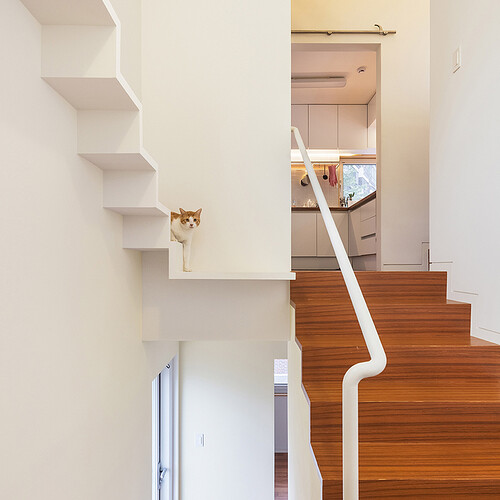 Ever wondered what your cat gets up to when you're not at home? The answer is "plenty" in these six examples of homes with feline-friendly features – including elevated walkways, stepping-stone shelving and discrete doorways.

Unless you are making a new opening for a new window you don’t need any déclaration préalable completing. The same goes for replacing the roof - you only need to declare it if you are raising the roof height for example. If you want to talk to the Maire of course do so, but restoration work like this doesn’t need permission unless you are demolishing the existing structure. Good luck with the work!

None of the existing structure will be getting altered, just replaced, door and window are going in the existing apertures and the roof is going where the old sheets were attached , hopefully the beams are ok.
The front and side walls are getting pressure washed, old carriage door is getting painted, they were all part of the buildings from the original 16th century castle repurposed.

The bit between smiley house and the mill House is coming down before it falls down, later on in the year smiley house roof will be getting replaced at the same time as the stables roof as the woodwork for the roof has been patched in badly.

It will look great when it is done - really cute. Can’t wait to see the finished result!

Does anyone else see a face in the building on the left? It looks a bit surprised to me.

Does anyone else see a face

I certainly think @Griffin36 sees a face in it. I would agree though that it looks a, bit more surprised than smiling.

Perhaps it knows it’s about to have an outhouse-ectomy…

Wondered whether this is the sort of sheet that you are thinking of using?
https://www.bricodepot.fr/angouleme-champniers/plaque-bitumeuse-ondulee-rouge/prod55213/

That’s exactly the one, they are 1/2 the price of Leroy Merlin and quite close by to me.

Colin,
I don’t think that Brico Depot is half the price of Leroy Merlin: their website is a bit misleading.

I will get onto the chief price searcher

With the loft conversion, stables conversion, we have a list of around 215 items we watch prices on then I throw a spanner in the works by suggesting we do this project first

Roofing arrived today along with the windows, just waiting on the French doors 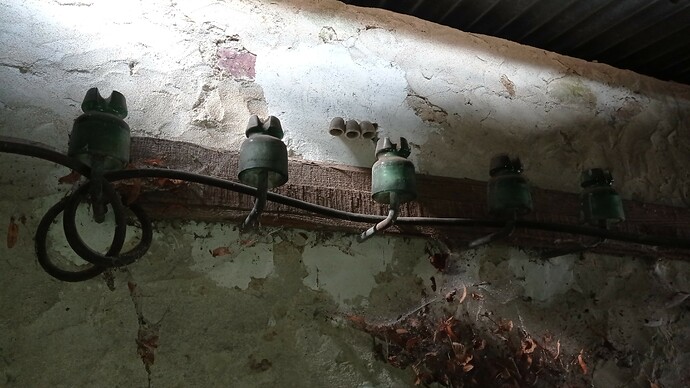 Once I pick up the French doors from Leroy’s tomorrow just about everything is in place to start on Monday, I just need a rest to steady my nerves after having to deal with the DIY stores websites, they would drive you to drink at times, though Bricomarche is definitely the worst, that and trying to figure out which 3 parts of the bleeding store different items are in gets on my nerves.
I know I should be used to it all by now but it still gets my blood pressure up at times.
Example, Leroy’s only had one of each of the windows in store, checked the next nearest store and they only had one as well, ordered them both for delivery from the two stores.
Cue an email Wednesday to say that the one from Laval was now not available for delivery on Friday 4 days after paying for the delivery and they had cancelled the order and refunded.
2 hours later I get an email to say stock would be arriving at Le Man’s on Monday and do I want to order another item.
So I ordered another window for delivery and today gets two emails from the delivery company asking do I want the two windows delivered to my address or to Leroy’s in Le Mans , now let me see…I have paid for delivery to save me the trip to the store, so …

Some progress, French doors in, windows in, roof between the two buildings corragated iron off and beams removed or fell down (due to me falling through the roof

) a lot of the “modifications” that the farmers have made over the years are straight out of the bodgit and bodgit handbook, so quite a bit more putting it right prep work than I thought. 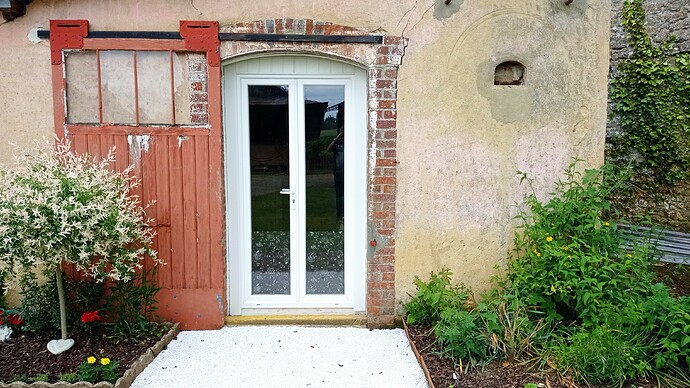 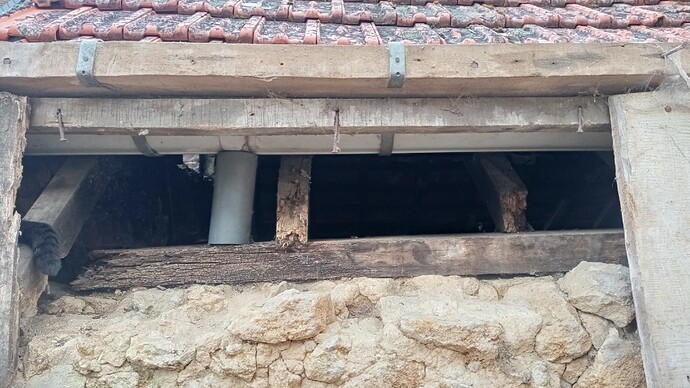 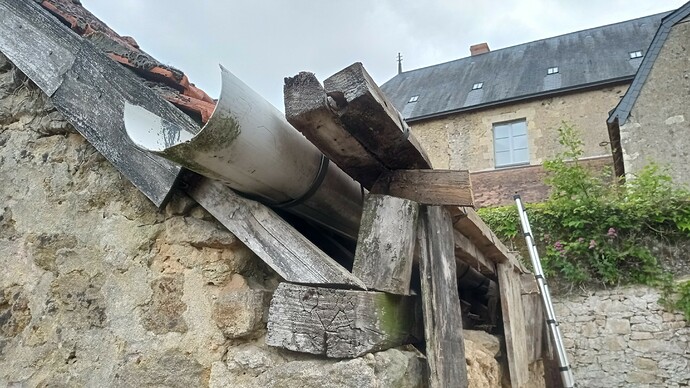 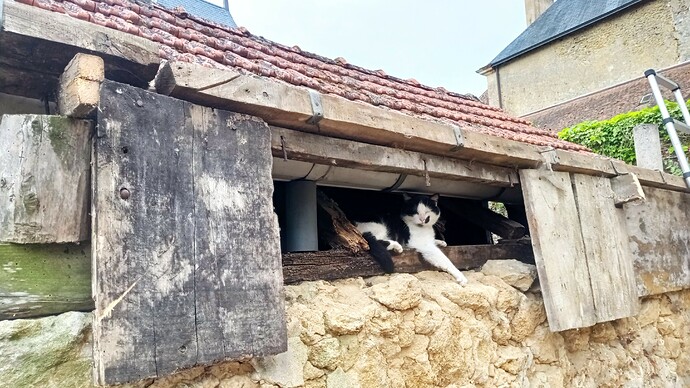 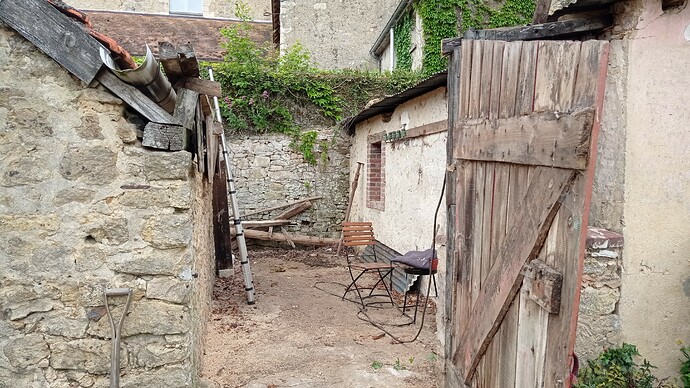 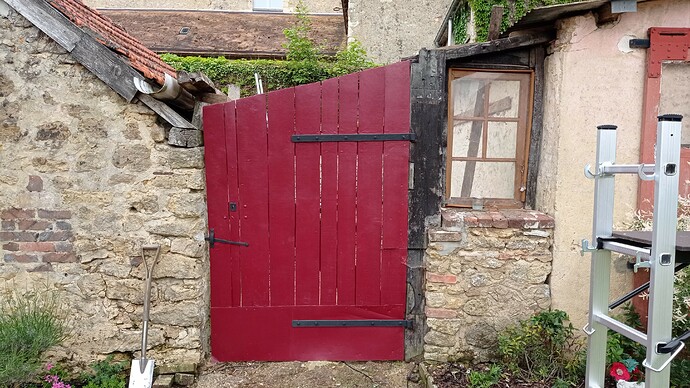 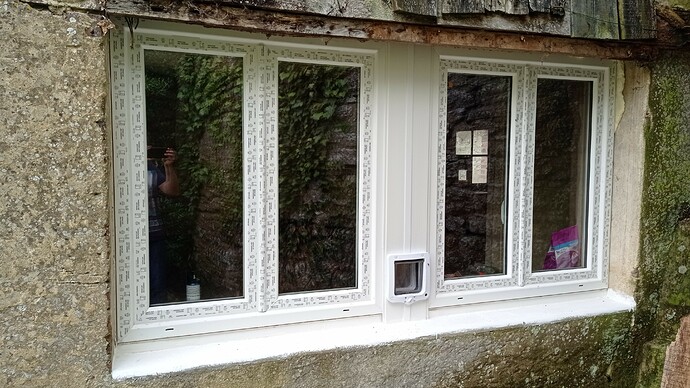 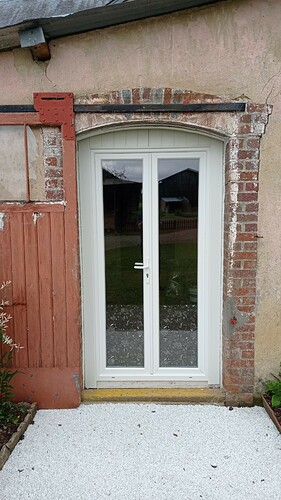