@Geof_Cox said, in another thread

QAnon - Mmm. Has the States gone mad, or maybe I'm just getting old?

Guardian research in the UK from the end of last year, before Facebook shut down tens of thousands of accounts, revealed a sharp rise in the use of QAnon terms among “an unlikely coalition of spirituality and wellness groups, vigilante ‘paedophile hunter’ networks, pre-existing conspiracy forums, local news pages, pro-Brexit campaigners and the far right”.

I was thinking about this earlier today, when James O’Brien mentioned (his believe that in general) people who were pro-Brexit are now anti-vax.

I don’t claim to have thought this through completely, but it seems to me that there is, in the UK (as in France), a mindset which is
suspicious of authority
individualist rather than collectivist in outlook
mistrustful of anyone not of their “tribe”
tend to see things in black and white

and that is likely to lead people to
vote for Boris, who has successfully (if falsely) presented himself as an outsider - alternatively, they see him as someone who is out to get what he wants, and like that
vote for Brexit - how dare Johnny Foreigner tell me what to do
be more likely to believe conspiracy theories about the vaccine

I’m just thinking out loud, so I might change my views on reading yours.

I think you are absolutely right. Unfortunately, they haven’t given enough thought or refuse to accept independent scientific advice and choose to accept what they hear on social media, or mis-information from those of the same ilk.
It is like a fifth column in our midst and in America they also tend to be climate change deniers as well.

I think it’s very clear that there is a link between right-wing thinking and anti-vaxers - though it’s important to say straight away that it obviously doesn’t apply to all anti-vaxers - there are some vaccine-sceptics among SurviveFrance contributors who are clearly very thoughtful, caring people, and not at all inclined to the right.

Also, of course, the numbers of anti-vaxers in the UK are tiny (less than 5%) compared with brexit voters.

But if you look at the right of the Republican Party in the US, or among the ERG, or prominent right-wingers like Bolsonaro elsewhere, you certainly find a lot of the covid-deniers, anti-maskers and anti-vaxers, whereas there seem to be comparatively few in any other part of the political spectrum.

As to why, I see it mainly in terms of rationality. The political right has always been linked with the rejection of science and reason in favour of other sources of authority: tradition, inheritance, rank, religion, authority-figures - with quite a lot of macho posturing thrown in there. Fascists like the uniforms!
Right-wing thinking also (as I’ve just mentioned in another thread) is always predicated on a mythologised past, in which everything was good and white and ordered, Britain stood alone, and America was ‘great’. It doesn’t want any discomforting facts to intrude on its idyll: hence we waste our time by trying to introduce either evidence or reason in discussion with right-wing brexiters or anti-vaxers - if they hadn’t already rejected these, they wouldn’t be right-wing.

Eccentric displays of facial hair’s another common trope (particularly amongst the men).

I know plenty of Brexit supporters who are pro vaccines

Vaccination isn’t extensively politicised in the UK, the way it is in the US. The Tory right has principally objected to restrictions on (economic) activity, but I can’t think of any who are anti-vaccine.

Nick Hudson of PANDA has just given a really interesting talk… 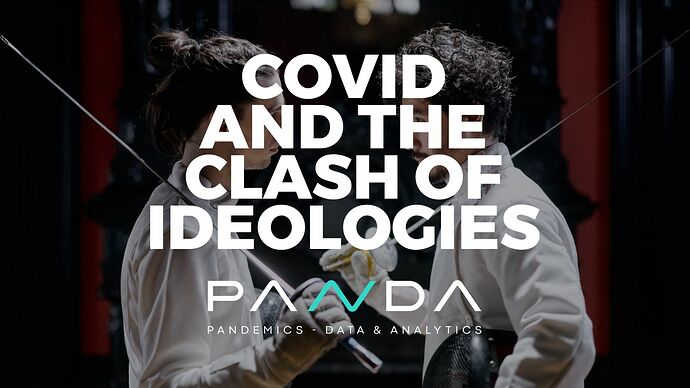 COVID and the Clash of Ideologies - PANDA

An edifice of lies has been sustained by ruthless censorship, media blankets, and extensive conflicts of interest at our institutions of public health and science. As the lies are exposed, we stand at a crucial junction in history.

Not in the past - notwithstanding the famous ‘toothbrush’ moustache, the European fascist movements in the 30s generally didn’t feature much facial hair. Do they now?

I think if you look at video of the Jan 6th Capitol invasion, you’ll see quite a lot, also Hells Angels and US rightwing media commentators. Then of course there’s Hungary’s frontman, János Áder and the dictator in Belarus (and his son) and there’s also this (my fun search)

It’s an out-dated trope of masculinity - but in the US and the UK, unlike Continental Europe, there aren’t many balding politicians who’ve opted for a shaved head or a no.1; rather than a comb-over (except for the UK’s present leader, who seems, like a Roman emperor, to be opting for a comb-forward)

Nick Hudson of PANDA has just given a really interesting talk

Quite early on in the pdf that accompanies the talk (p7), Nick Hudson (actuary and private equity investor) describes “the reality” as follows:

A virus that presents high risk to few and negligible risk to most hit some regions.

Few are susceptible to severe disease.

There are several available treatments.

Asymptomatics are not major drivers of disease.

Lockdowns and mask mandates, never recommended before, were tried. They haven’t worked and caused great harm.

Variants are not of concern.

The vulnerable were hurt instead of helped.

Before that, he seems to have set up - to suit his argument - what he describes as a “false narrative” which is largely the early beliefs about the virus which subsequently changed as we learned more about it. His “reality” is again largely a matter of opinion or optimism (“Immunity is long lasting”), where it is not demonstrably false (“Variants are not of concern”).

But if you look at the right of the Republican Party in the US, or among the ERG, or prominent right-wingers like Bolsonaro elsewhere, you certainly find a lot of the covid-deniers, anti-maskers and anti-vaxers, whereas there seem to be comparatively few in any other part of the political spectrum.

As to why, I see it mainly in terms of rationality. The political right has always been linked with the rejection of science and reason in favour of other sources of authority: tradition, inheritance, rank, religion

I don’t think the Right is any less rational than the Left, though both extremes tend towards irrationality of different types. I guess we all want to think that those whose politics differ from our own are irrational!

But you’ve reminded me of another thought that occurred to me: that rejection of the need for a vaccine has the appearance at least of a faith position.

But historically the left has been linked with reason and science, the right with authority drawn from sources outside of reason (tradition, blood, religion, etc).

What a load of cods-wallop!

Where would strict communism fit within your theory Geof?

Yes, I must admit to thinking the PANDA site had all the hallmarks of conspiracy theorism. Never mind the medicine: I’m a private equity investor and actuary, I must know more than any virologist!

But historically the left has been linked with reason and science, the right with authority drawn from sources outside of reason (tradition, blood, religion, etc).

What a load of cods-wallop!

Doh!! You beat me to it Tory. What a load of rubbish!

Well, not just the left - nor does everything always come down to matters of opinion.

There are clear objective historical allegiances - for example in the Spanish Civil War the right was close to the church, the left to rational secularism - superstition vs. reason was very much an aspect of the war - and you can see this pattern repeated in every period of recorded history: thinkers and leaders on the right arguing for the authority of tradition, blood-lines, religion, etc - the left appealing to evidence and reasoned argument. It’s easy to expose the irrational base of all right-wing thought - for example in Judt’s analysis of Hayek, or more recently the obvious association of right-wing figures with climate change denial - and - to get back on topic - the whole spectrum of covid-denial, anti-mask, anti-vax.

It’s a generalisation, of course - I’m definitely not saying that all religious or superstitious people, or all anti-vaxers are right-wing - but nor is it just a matter of opinion: there is a recorded history of ideas, and it does reveal patterns, ‘schools of thought’, links with political and even military conflicts, etc.