Hi - for well over a decade now I’ve had a dream of owning a second home in France . However, the more I look at it, the more I find that homes in France are expensive and the cost of living is expensive. Spain seems to be cheaper for property, cost of living, better weather and the possibility of a house within 1 hour walking distance to the sea ((I’m Irish so the Brexit restrictions don’t apply and my home in Ireland is on land in the country so I’d like to be in a lively coastal area with good weather). If you were in my shoes, which would you go for - France or Spain (and are there any areas where it is possible at all to get a house close to the sea with warm weather and within a very low budget (max Eur70k). Many thanks

With which culture do you have more affinity? Which do you speak better, Spanish or French?

Hi Vero - Definitely France and definitely French (intermediate level / no experience yet of Spanish). My heart says France, but my budget and head says Spain (If I could get somewhere close to the see within budget and if there were enough activities and good weather I’d definitely choose France

but kids, partner and finance make the decision tougher

I would say France! But then I would anyway since I live here, and not in Spain!

Be practical…look at transport options from your home (not ones subject to fluctuation like little used small air routes). We had a second home in France for many years, and it was possible to leave work on Friday and be there by dinner time, and get to work by 9am on a Monday so we used it lots! A 12 hour journey would only be worth it for longer holidays. And we didn’t want to spend all our holidays in the same place.

Think about what you might want from a second home in the longer term, so a 1hr walk to the sea might be a priority now, but perhaps a nearby doctor could be important later.

In some areas of Spain it does seem to be as cheap as chips - but are those the areas you might want to live in? France is more organised as a country, Spain more flamboyant - which suits you better?

Hi JJ - many thanks and some really
good things to think about - quick access for weekends etc and ability to travel around. I like the excitement of Spain but I’m finding it hard to give up on France …maybe I should do the lotto so I can live in both

I think you could also think about what you mean by “good weather” and what times of year you would want to come over. We bought our little house here in Normandie as a second home many years ago and now live in it! It was chosen with similar ideas to @JaneJones in that it’s about an hour from several different ferry ports so long weekends were quite do-able.

Our idea was to get somewhere further south when we actually moved here full time but by then climate change had started to kick in and even my heat-loving partner baulked at some of the temperatures in summer so we stayed “up north” and provided you don’t want to be going to the beach in winter, the weather is just about right for us.

Edit: Having said all that, most of the regular SF members live much further south so they must see things differently from me

I love northern Spain, right across from Galicia, to Asturias + Picos, Cantabria, Navarre , Aragon + Pyrenees to Catalonia. I’ve really missed going there last year and this. The beaches in the north are fabulous, but the weather is much cooler and wetter than further south. But there is no frost, so good for gardens. I’ve never explored further south. We find the Spain we know to be generally more open, friendly, communal, family oriented and relaxed than France. We live here in France but enjoy getting away to Spain for the reasons you mentioned. In 5 or 6 hours we can be over the Pyrenees and somewhere nice in Spain. Next year maybe… If I was to live there though, I feel that more than basic Spanish would be vital - a work in progress.

Hi Lauren and welcome back to SF
Interesting question and there are some on here who have moved from Spain to France recently like @captainendeavour who will give you a rundown on his experience I’m sure.
For me? France by a country mile (or should be 1.6 km’s)

That area sounds lovely, @fleur and I have friends who also go there regularly (until the dratted virus anyway). Sounds like up until now you’ve had the best of both worlds and you’ve reminded me how much we’ve wanted to explore that area. I agree about the language though, although when I did (some) Spanish at school it seems easier to learn than French!

easier to learn than French

I think you’re right. But my memory isn’t as good as it was, so piling on a whole load of new vocabulary is tricky for me. But I have found that Spanish people are generally more forgiving of a poor accent or lack of expertise in their language, than many French people I have come across.

HI Angela - I hear you on the weather question. It’d be great to be able to enjoy sunshine and temperatures in the 20s for most of the year when we visit (I get so fed up of the greyness and rain all year round here though I have to admit, we’ve just had a ‘heatwave’ here in Ireland with temperatures of 26-30 degrees for 2 weeks and we’re all wiped out with no energy so maybe I need to reconsider!! lol

In my dreams, it’d be lovely to travel to sunshine when it’s cold and grey here but I probably do need to think more about what that means in the height of summer. Many thanks

Or, to throw in another ball, what about renting somewhere close to Spain so yiu can try out the life, the journey etc and see what you think of it?

A couple of minutes with Mr Google give you just around Biarritz, 950/month, 30 minutes on motorway to Spain? 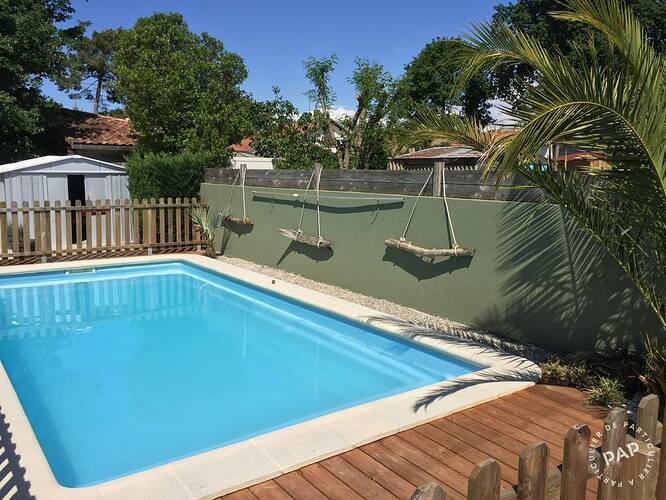 Hi Fleur - that definitely sounds like the best of both worlds

I should probably look more at the north and what the sunshine and temperatures are like (some people had mentioned it can be very grey, dull, misty and cold but I guess like most places, there can be some mini-climates as well. Thanks a mill and hope you get back there soon

ha ha …yes - the old conversation to metric gets a bit of getting used to alright !

Good idea - I was toying with the idea of renting initially to get used to the area before buying (the obsessive possessive in me wants to own a place but might be better to try before I buy to ensure I make the right decision). Biarritz does look fab alright (and it brings me back to the little triangle chocolates from years ago …showing my age now !!

when I did (some) Spanish at school it seems easier to learn than French!

Spanish, like German, was standardised and brought up to date in terms of spelling etc at the end of the 19th century so what you see is what you say and what you hear is what you write, unlike French and English.
I think tenses are a bit complicated for English speakers especially use of the subjunctive. I read a lot in Spanish.

especially use of the subjunctive

The subjunctive is certainly complicated enough in French!

we’ve just had a ‘heatwave’ here in Ireland with temperatures of 26-30 degrees for 2 weeks and we’re all wiped out with no energy so maybe I need to reconsider!!

Here in SW France (Dordogne) the last few summers we’ve had heatwaves that have gone on for weeks and weeks even months with temps of 35-45c! If you struggle with 26-30 c I would seriously be looking at the north half of France! Or in the Pyrannees where you can be an easy drive to the coast but get a bit of altitude. I’m an Aussie and I find recent summers to be brutal!

Crikey - I didn’t expect that. I always think of the Dordogne as fairly rainy and I’ve just been unlucky - anytime I went on holidays to France, the weather was always raining for a few days (Vendee) but if the temperatures are that hot, maybe I do need to have a rethink alright

Thanks for the info

This year is much cooler other than a few days - just nice mild temps of 25-30 which is what you consider a heat-wave! Yes you really do need to consider the heat as with climate change, as others have also mentioned, it is getting hotter and hotter.