Our Friends have a new problem with their SFR phone, during a lightning storm the other week they heard a large bang from the study area and now they have no phone.

We had a similar problem after a thunderstorm with our Orange Livebox with Orange insisting it was fine but no phone. We went to the Orange Shop and put it on the test Bourne which immediately indicated a problem and they changed out the Livebox.

Does anyone know if SFR have a similar system in the shops with a test Bourne?

I think that the Friends have a similar problem and the lightning has taken out the phone connection to the Neufbox and the phone, as they have bought a new phone now all we need to do is to convince SFR that it is also the Router and get a New Neufbox.

as they have bought a new phone now all we need to do is to convince SFR that it is also the Router and get a New Neufbox.

Go to the shop and insist - they should have a borne or some way of checking, you should get a new SFR box, neuf doesn’t (I think) exist any more. In any case you should be able to change the box whenever you like.

The storm may well have taken out the line filter. These can be purchased from most of the supermarkets that have tech stuff.
They’re not expensive - you may well already have a spare one from your time with Orange. We collected quite a few over the years with them

But also consider getting a surge line protector for the future to protect the line and your equipment.
Something like this one (from Amazon.fr) Or this one which is cheaper would work well. Ones I have use RJ11 cables in and out to protect the line to the box and you don’t lose your socket on the wall. The basis on which they work is that they send any spike to earth.
A problem would exist if the earth on the electric system is weak or (as I have seen in some places) a lighting circuit is fitted with a 3 pin plug (not fully populated, of course) which will offer no protection at all.

Thanks Graham, yes we have changed all the cable and filter for spares that we had. No effect.

we have changed all the cable and filter for spares that we had. No effect.

Hummm SFR strikes again it seems.
If there’s good 4G coverage, consider Bouygues 4g Router option as reviewed in this topic perhaps.
The only downside might be that your friend will lose their fixed line but many (us included) have moved on from wet string solutions to more up to date technology 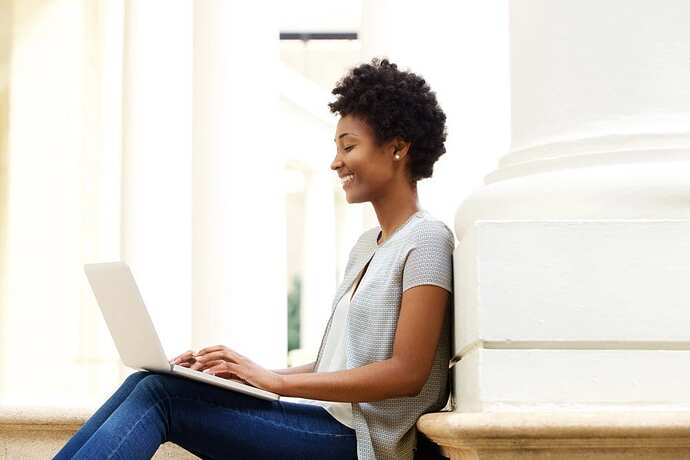 Hi Graham yes I have been urging them to change to Orange for years, SFR are one of the worst examples of poor French Customer service.

Sorry but I am not up to date on terminology what I are wet string solutions?

what I are wet string solutions?

Orange have a 4G offering too but it is limited to 200 Mb (Go)/per month whereas Bouygues is unlimited. Useful if you are down streaming videos from YouTube or the like and for watching TV. I don’t think they cut you off if you reach the limit but more likely “throttle” your débit.

Ahh not thinking, yes we have 70 GB on our Orange mobile great for internet when out and about. we used to have a UK EE router but Brexit put pay to that as they reintroduced roaming.

Just been into SFR Albi, what a joke, no borne to test the Neufbox. We have to arrange a new box it will be about two weeks to arrive!! Orange were next door so I asked them and if we bring in a few bit’s of paper work we can walk out with a new Livebox the difference in Customer Service is amazing. It’s almost as if SFR don’t really want customers they are too much trouble.

I did not know that even more reason to move to Orange.

If you think you have problems with tech support… 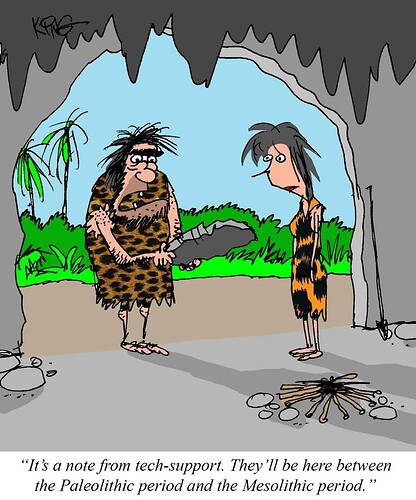 Just been with Friends to the Orange shop and their SFR account has been moved to Orange.

Very good service from Orange, the guy even managed to port their old SFR number to Orange. He wasn’t sure it would work but it did and we were all very pleased.

A big bonus it is 5€ a month cheaper for the first year and all calls to Uk mobiles are included which they were not for SFR.

Friends also changed away from SFR and they warned us to make sure we had proof of sending the Neuf Box back as they had received a 300€ bill for not returning the box. ( not paid as they had proof). Guess what SFR did this to them as well and relented when they sent them a copy of the postage. Why do a large company like SFR act in this manner.

Thankfully, not all large companies - technology or otherwise - do not act like this in France.
On the Tech side, we’ve had good service from Orange and Bouygues in particular as well as from the large supermarkets like LeClerc. Intermarché and building sheds like 3M’s
But I do agree with you about SFR. Everything I have read about them here and in other places over the 13+ years we have been has been dreadful.

Free has a rep for that too.

Just glad other friends had warned us and we had the posting receipt. I wonder what would have happened if we could not have proved posting.

I wonder what would have happened if we could not have proved posting.

A salutary lesson learnt which I hope others will benefit from Nick.