Hello, just started using SFR working from home in tarbes. The network is so slow and it has stopped all together today, they are to send an engineer but it will take 4 hours to get here. I am in the center of the town of tarbes. How bad is that? Why

Is sfr the worst I could have picked?

They don’t seem to have a good reputation, no.
The line will be with Orange more than likely and it’s often the case that Orange will take their time to fix it.
What’s your 4G network like?

The only time I have screamed down the phone in French was in frustration at the incompetence of their technical support. When their engineer arranged a time to visit I made a huge sign at the side of the road with an arrow showing where I was and he still couldn’t find me (he said). They still owe me €60 but life is short …

You may be about to experience the SFR two-step as I did. SFR come around and say there’s no problem in the house, it’s an Orange (who own and manager the network infrastructure) problem. Orange then come around and say no, it a problem in the house. The mistake I made was going through this piggy in the middle experience more than once before dumping SFR.

I got the impression mine were contractors. Scruffy and disinterested but pleasant enough to chat to about the weather.

They had short hair.

And no open toed sandals.

Thanks All, I am joining SOSH. SFR called to say that the cloud in Strasbourg had gone on fire and that was why I don’t have internet. It should be ok by 15:00 tomorrow, what a crap service. My french neighbour came in and she spoke to them. She explained to me that it is normal in France to such service. I miss London today

the cloud in Strasbourg had gone on fire 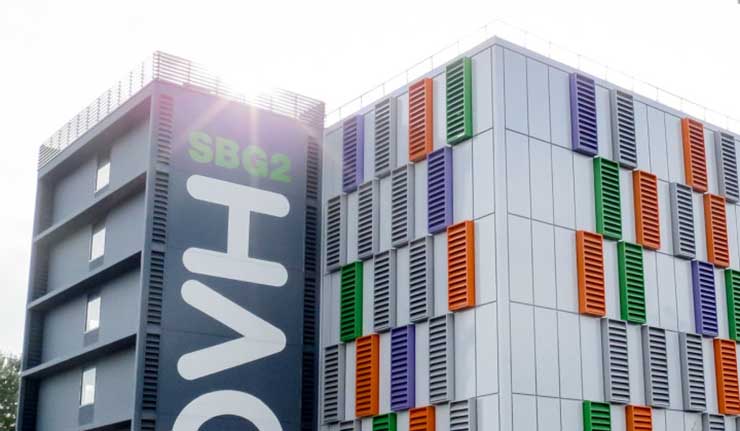 Hosting company OVH says its staff are safe after a fire destroyed one data center and damaged another at the company's campus in Strasbourg, France.

I think it’s having quite a wide impact and could just as easily impact services in London.

You’d just be cursing Virgin instead…

True enough and I have cursed them, the more we have the more we want. My neighbour said to have a holiday while they fix it, that’s what I’ll do.

The mistake I made was going through this piggy in the middle experience more than once before dumping SFR.

Issues of “who owns the fault” often comes from the original state controlled telecom…BT, France Telecom, KPN, still managing the core PSTN or wireless transoion core . Along comes another supplier who sign carrier contacts at wholesale tariffs with these core suppliers to either carry traffic or lease lines often for the “last mile (km)” to the customer home . Because of this when a fault arises it can be cloudy as to which supplier needs to apply a fix.

Unbelievable and totally inexcusable. There is no reason for that to happen apart from incompetence.

But London is great, in general

Absolutely, a business case to invest in a network that your competitor benefits from equally must be hard to build. Better to just milk the asset. Roll on fibre and 5g.

We all live in a world that relies on interconnectivity, Surprising that this could happen to such a big player, but their crisis management …look at the comms on their web site…is impressive.
Just imagine if an “enemy” State/ terrorist group simultaneously took out a number of centers across Europe and NA. Life would be challenging for some weeks to say the least.

OVH , legally OVH Groupe SAS, is a French cloud computing company that offers VPS, dedicated servers and other web services. OVH owns the world’s largest data center in surface area. It is the largest hosting provider in Europe, and the third largest in the world based on physical servers.

We had no 'phone for eight months and no chance of any compensation.
They are nothing but thieves.