This evening is slightly cooler than previous ones c.30°C at 10pm. Unfortuately, in previous years, although not the last one or two, the streetlamp below our house would have had a seething cloud of fireflies below it: currently there are three!

Similarly every May, great swarms of cliff martins would arrive from Africa and perform their aerobatics catching insects in the skies of our gorge. Ten years ago, on most summer evenings we’d spot otters sliding down the middle of the river, and the occasional ragandin chugging downstream alongside the bank. I think it’s now seven summers since I saw either.

These seem to me the tiny signs that things are going badly wrong - the canicule is stealing the headlines, but changes occur from the ground up - what’s happened to our local foodchain - we’re in one of the most unspoilt rural departements and yet this is still happening here.

In 1963 Rachel Carson’s book, Silent Spring’ noted the disappearance of songbirds from rural America and inadvertently kickstarted the US environmental movement. I know France has a Green party, but why aren’t more local people who have probably witnessed and noted these changes been actively courted and drawn into the movement

I wonder if others are also noticing the ‘small’ signs of change?

The fireflies are also disappearing here in the Vendee / Deux-Sevres border area.
Additionally, we now much more commonly see birds of prey sitting on fence posts and phone poles, probably due to the lack of tall hedgerow trees which are being increasingly cut for firewood. We had a pair of Little Owls take over the Jackdaw’s nest in the top corner of our barn earlier this year. A change probably brought about because someone cut their favourite tree down.

Our garden is increasingly being favoured by an increasing number of moths and butterflies, as well as Blue Tits, Great Tits, and a pair of Goldfinches. Nice for us to see, but the cause is the rapid disappearance of the rural hedgerow.
The farmers are not permitted to just dig out a hedgerow, but unfortunately, there is nothing in the rules that are supposed to protect hedges that specifically prevents them from being cut, re-cut, and then cut again ever lower until the hedge simply ceases to exist. Getting rid of the hedges no doubt makes it easier to operate larger machines in bigger fields, but by removing both habitat and food for animals and birds, it effectively creates an ecological desert.
Once again it is the pursuit of increased wealth that destroys the environment.

The big one for me is far fewer frogs. 15 years ago we had the frogs chorus from the other side of the valley most of the summer, we had tree frogs all round our property - they used to get in the pool, they would sit at the base of rain water down pipes (so that their croak sounded much louder

They used to get into an open water butt. I had a tiny one on the old sink by the taps, We’ve hardly had any frogs around for years. 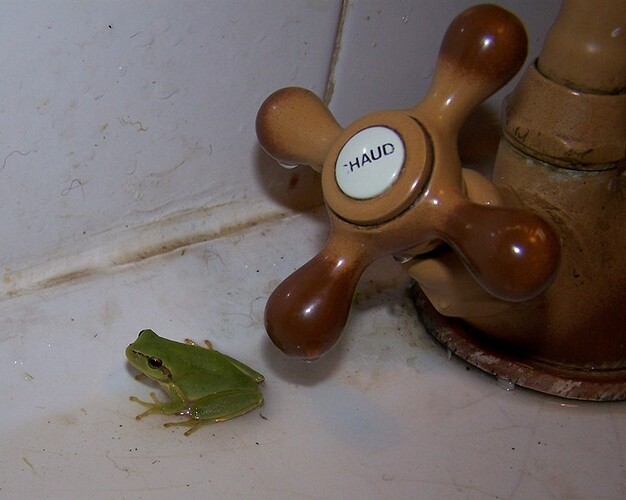 The country is full of them around here

I think that their pond will be fairly dry by now, but we used to hear them in the middle of the night.

A massive amount of wildlife is missing from our garden this year:

Our resident toads appear to be largely absent and/or very quiet.

Can’t remember the last time I saw a hornet of either variety, very few honey bees and just the occasional wasp or carpenter bee. Our Lavender and Fennel would normally be buzzing noisily but it’s strangely quiet. Hedgehogs are still leaving their mark though!