Just had to pass this on …

8:20 - The gay couple living nearby threw a hissy fit and moaned it could have been two snow men instead.

8:22 - The transgender man…women…person asked why I didn’t just make one snow person with detachable parts.

8:25 - The vegans at the end of the lane complained about the carrot nose, as veggies are food and not to decorate snow figures with.

8:28 - I was being called a racist because the snow couple is white.

8:31 - The middle eastern gent across the road demanded the snow woman be covered up .

8:40 - The Police arrived saying someone had been offended.

8:42 - The feminist neighbor complained again that the broomstick of the snow woman needed to be removed because it depicted women in a domestic role.

8:43 - The council equality officer arrived and threatened me with eviction.

8:45 - TV news crew from ABC showed up. I was asked if I know the difference between snowmen and snow-women? I replied “Snowballs” and am now called a sexist.

9:00 - I was on the News as a suspected terrorist, racist, homophobe sensibility offender, bent on stirring up trouble during difficult weather.

9:10 - I was asked if I have any accomplices. My children were taken by social services.

9:29 - Far left protesters offended by everything marched down the street demanding for me to be arrested.

There is no moral to this story. It is what we have become all because of snowflakes.

Talking of snowflakes… looks like some in Ireland want this brilliant, iconic song banned because it has the word “faggot” in it. Unbelievable. 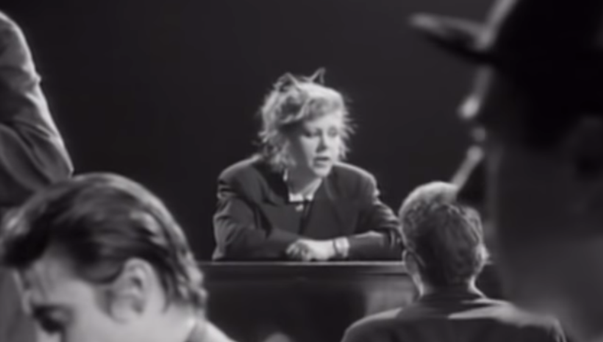 Ed Power: 'Time has come to relocate Fairytale of New York to that dark room...

The sour, majestic ache of The Pogues’s Fairytale of New York sets it apart from other Christmas songs.

Keep off my faggots! Nothing better than coming home to a couple of warm faggots on a cold winter evening, and smothering them with mushy peas.

Brilliant, have not laughed so much in ages but what is worrying is that nearly all of it is happening to someone right now !!

I am waiting for the time when I can’t call a Yorkshireman a Tyke.