Wow! Graham - thanks for that link. It may contain the remedy for my condition - rabbit-in-headlightsitis

My affairs are ridiculously simple but that doesn’t help me staring at the screen [online form], staring at The Connexion’s guide, staring out the window into space, in a state of stasis.

I really have no idea where to even begin. I think I’d better book a RdV chop-chop.

Have you looked through my guide link here ?
You might find it of help at least to begin with particularly if your affairs are simple…

@graham info/link is brilliant, but if you still feel the need, I can confirm the Tax Folk are very helpful and understanding… face to face is a friendly thing and they know folk are upset/worried etc and behave/react accordingly to soothe and inform as painlessly as possible.

face to face is a friendly thing

if you can get a timely appointment…

I went to the tax office this morning. Arrived just after 8.30 (office opened at 9) left at 9.20. All sorted. Had to do it in french as I was dealt with by non english speaker, we managed okay. Just have your figures ready. Local authority pension lump sum to be included with other government pension income (according to Guingamp office). Not interested in UK house sale, said no action to be taken as far as France is concerned. I would definitely recommend going to the tax office. No need for other help unless your affairs are complex.

They are taking folk on a first come, first served basis… on certain days… as well as the separate “appointment” system.
It should be detailed on the “websites”.
Those who queue will be seen, but they need to be patient and have a strong bladder.

and have a strong bladder

just to add to the pain

Must confess, when I got there and found I was so very early… I did panic at the thought of hanging around for so long… ridiculous of course, since I didn’t “need to go” until we got back home some hours later…

But I was No2 in the queue and by the time the office opened, the queue was very long…
and it was even longer, when I left… ooops

All very reassuring. I was getting a bit stressed by this.

Things have been made rather sweeter by winning a voucher from the checkout in Eric the Cleric which I immediately parlayed into a bottle of Grant’s Standfast Scottish amber nectah!

As freelance all my working/not working [resting, darlings] life, I have had my tax done by an accountant. Since the termination a/cs of my boatyard biz* in '99 I have had no dealings with the taxman other than an annual Billy Doo telling me what my derisory [all that ‘resting’] pension will be.

At one point the acnt told HMRC that their building was being rebuilt and all client records were inaccessible in a basement under a building site. When HMRC announced to acnt that he would be fined £300/day from beginning of following week if docs not to hand, suddenly they were.

The tax office in Vire is 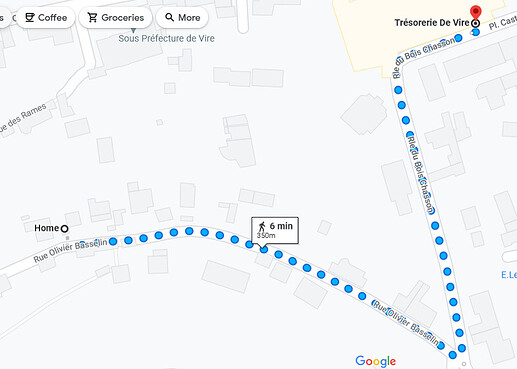 From the point where the person is shown striding out, it is all UP A VERY STEEP HILL. I won’t need the WC. I’ll need a defibber.

, the queue was very long…

No ticketing system? Even the Spanish offices which deal with residency applications [are Police stns in fact] dish out tickets. The queues are still in three figs.

stop for lunch on the way

Pack a picnic and stop for lunch on the way…

The date for filing paper returns (typically first year filers) has been put back to 31 May, according to the Economy Ministry today. 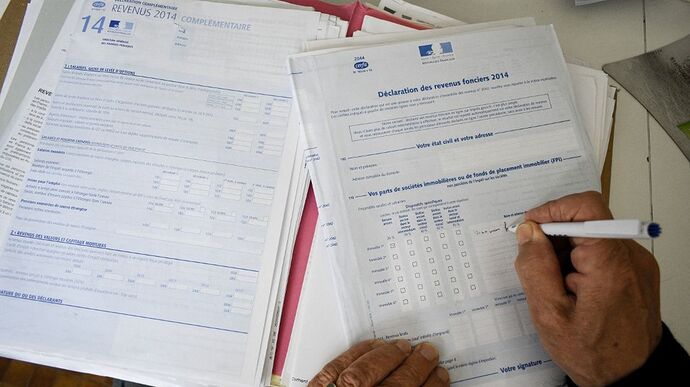 Sorry all I’m doing my first Tax paper return - we arrived in France Oct 21 - do I just put my salary as from Oct to Dec 2021? for the french tax year?
where do I find out to send them is it the most local tax office?
Thanks

Hi @TukkerAA and welcome to SF
Yes, assuming that you arrived in France in Oct 21 with the intention of residence, that would be correct.
Again, yes to the local tax office - the competent tax office is the one with jurisdiction over the location of your residence .

just curious, is this a UK salary - are you a frontalier? If so I can share with you what I did in 2020 (just one month - December)

Thanks all
Yes UK salary as frontalier

I read that as a Footballer! - money wouldn’t be an issue in this case!

It’s foreign income but doesn’t have to go in the foreign income form - it was box 1AC on the main 2020 year form (I think its form 2042?). I read loads on how to calculate the amount to declare and gave my arguments to the tax officer who agreed my method. The reason I care is the UK salary affects your France taxable income (the effective tax rate) and I have such income. If you don’t have France tax income then you’re probably not bothered.

The method I had agreed was gross income less

If you’re interested in the reasoning for the personal pension I can provide references - I think the other deductions are all fairly well documented in the guidance sheets.(you’ll have to wait though).

Hope that’s of help though, regards

Thank you - so it would be basically my Nett earnings for months Oct - Dec 2021?