The goings-on in Washington

I was following the Georgia Senate election results on US media, when I realised that despite their historic importance, a possibly even bigger story was Trump supporters storming the Capitol building and the US government actually fleeing the Senate chamber for their own safety. This was an attempted coup d’état in the most powerful democracy in the world!

Fortunately, one feels secure that the forces o f sanity will prevail, not least because their opponents aren’t very bright, but it’s still scary stuff. In his book, about his first visit to America, th e French philosopher Jean Baudrillard wrote that the United States is the “only remaining primitive society.”These Trumpites and Quanonistes are at least as delusional, if not more so, than the Taliban and their promises of martyrs’ countless virgins in Paradise. In fact, the only real differences are that the former have more sophisticated weaponry and vastly inferior dress sense!

President-elect Joe Biden on Wednesday called on President Donald Trump to demand an end to the “siege” underway at the U.S. Capitol building.

This was an attempted coup d’état

I hope you’re right, but I don’t believe their beliefs and values are going to disappear just like that. Over seventy million voted for Trump and it’s a mistake to assume they were mainly elderly voters - look at the media footage of activists.

Who knows what the inauguration will be like if Trump supporters demonstrate again.

The great error of the Trumps era has been the dismissal (usually by the media, but by many others) of serious crimes as harmless on account of the incompetence of their perpetrators.
The failure to take treason, sedition, and other unconstitutional acts seriously because those carrying them out have been hapless morons does not mean that those acts did not take place, nor that they should not be prosecuted to the fullest extent of the law.

Interesting coverage of the Washington events Insurrection at the U.S. Capitol: Live coverage and a guide to Congress’s next steps - The Globe and Mail

The acting secretary of defense, Christopher Miller, said in a statement that he discussed the deployment of national guard troops to the Capitol with Mike Pence, not Donald Trump.

“Chairman Milley and I just spoke separately with the Vice President and with Speaker Pelosi, Leader McConnell, Senator Schumer and Representative Hoyer about the situation at the US Capitol,” Miller said in the statement.

“We have fully activated the DC National Guard to assist federal and local law enforcement as they work to peacefully address the situation. We are prepared to provide additional support as necessary and appropriate as requested by local authorities.”

Seems they invoked the 25th Amendment 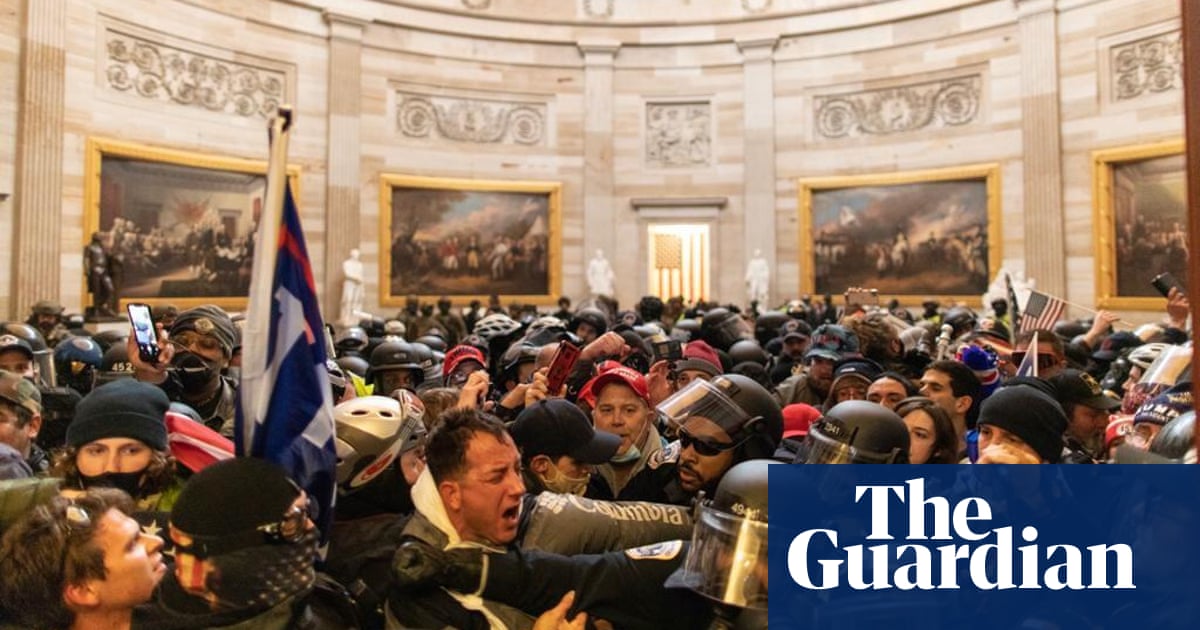 Can Trump be removed from office before his term ends?

After a pro-Trump mob stormed the Capitol, there are calls for the president to be relieved of office. But how would it work?

Lot of talk about collusion on the news. They knew these people were coming and the Capitol is a fortress. So how was it allowed to happen.

Would the response have been the same if it were Black Lives Matter protestors ?

Sad Sad day for the USA.

Still, have a great day

I find it all highly amusing

An odd reaction to crisis in the nation that - whether you like it or not - is the economic and military guarantor of the way of life we enjoy here in the rest of the so-called western democracies.

After Dallas Johnson was inaugurated on Airforce 1.

The picture behind Trump supporters who attacked the Capitol shows the time...

Trump supporters, who waved a flag at the top of the stairs inside the Capitol on Wednesday, stood in front of a painting depicting the battle since the last defeat of the Capitol. A bearded man in a black hoodie and a red MAGA baseball cap stood in...

The Surrender of Lord Cornwallis

Last, but not least ,

Can it get any weirder?

I’m unable to see the images. Getting a 404 on the link too Mark.

I just found this one

The picture behind Trump supporters who attacked the Capitol shows the time...

Trump supporters, who waved a flag at the top of the stairs inside the Capitol on Wednesday, stood in front of a painting depicting the battle since the last defeat of the Capitol. A bearded man in a black hoodie and a red MAGA baseball cap stood in...

Ah well, I dont know who the 4 are but I am getting to a point where I dont value stupid people anymore.
I will go and see if they say who the dead are.

That is just disgraceful,everyone is someone’s child,parent,sibling etc You might not value them but someone will
TBH that is one of the most shameful posts I have seen on any forum