The Richardson gang of south London

Maybe one of you wise people can help

Their sister Elaine has written a book -

That looks like a very interesting book, Tim, I’ll go and have a look to see if it is on Kindle.

I wonder if there was another sister called Patsy
in the Richardson famiy.

My grandfather was a South London copper and nicked a few of the Kray/Richardson gang members. Lots of corrupt coppers and judges back then so not many got prosecuted (from what he told me).

As a child about 1967 we had a neighbour who was related, I recall her as mother to the brothers, we lived in a Kent village. She had lost part of her leg but lived alone. She had visits from adult family. One of the visitors lost it with our very annoying barkng dog (schitzu) and drove over our lawn in pursuit! Another time a rake was thrown. She moved after a couple of years. No help really to your search…

My grandfather was a South London copper and nicked a few of the Kray/Richardson gang members. Lots of corrupt coppers and judges back then so not many got prosecuted (from what he told me).

I am really into the current series of ‘Line of Duty’ and it seems that there is hardly anyone in it, including the anti-corruption unit, who has not got something to hide.

I appreciate your remark but I am hoping to find my old friend who traveled to London from Ramsgate in Kent with the hope of finding happiness. I believe that she is the sister of the Richardson boys and it would help complete the puzzle,

I wonder if there was another sister called Patsy

Not according to wiki. There was one sister - Elaine - as mentioned above. She was born in 1940 and was the youngest. Just her and the two boys, Charlie and Eddie.

You will have to look elsewhere for your friend Barbara.

Interesting footnote to the Richardson Gang article in Wiki:

Under MacArthur’s leadership (head of the special squad which carried out the investigation), the Hertfordshire force was investigating the Richardsons because the Home Office could not trust the Metropolitan Police, many of whom were in the pay of the Richardsons and other London gangs. By 1966, the Metropolitan Police was allegedly so corrupt that the then Home Secretary, Roy Jenkins, was considering replacing up to 70% of the CID and other specialist branches with CID from Manchester, Kent, Devon & Cornwall and Birmingham. When Robert Mark became Police Commissioner in 1972, he succeeded Sir John Waldron. More than 400 CID officers and 300 uniformed police officers were “retired” early. Not long after Mark’s appointment, Drury, Wally Virgo, Head of the Serious Crimes Squad, and other senior officers were sent to prison for corruption

yes very interesting
Instead of punishment they got reitrement

Although I could find the brothers’ births on FreeBMD.org.uk, (mother’s maiden name Allen), I couldn’t find Elaine’s, which was puzzling…

Interestingly Grahame Pigney who is a member of SF is a Genealogist with extensive experience of tracing people across generations and continents. 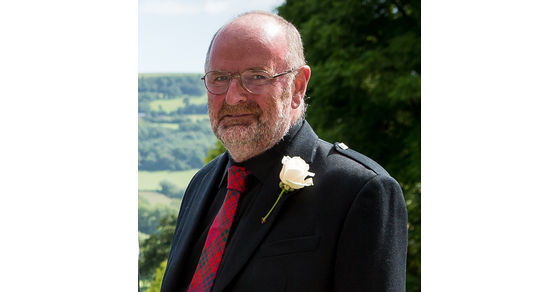 Patsy talked about all sorts of things but never about her 2 brothers
.
J and I were welcomed by her mother to Ramsgate for a week end and she seemed like a spring flower which never opened to the sun. No mention of the brSothers.Something tells me that I had the right idea.

Have you tried searching the online census Barbara? Might be worth a try.

UK censuses aren’t available for that period @Debby_Wade . Do you mean the 1939 register? According to Eddie Richardson’s book there would only have been the 2 brothers alive at that time. That book mentions another brother, Alan, and sister Elaine but no other siblings…

Oops my mistake Angela & Jane, I totally forgot the 100 year rule and there was no 1941 census due to the war, as well as the 31 being destroyed in a fire. Seems I was mixing them up with the 1800’s census , maybe I’ve spent too much time in lockdown!

Well did Elaine use the name Patsy? Certainly there’s no obvious evidence of another sister.