Well. I was and am still devastated that Blighty decided to go it alone to take decisions unilaterally. I was convinced it shot itself in the foot. Now. With Pasteur Institute having lost face. With Macron and Merkel and Von Leyen dissing AstraZeneca . With more than 31 million in the UK jabbed. With Herd immunity on Monday I must admit, trapped in Amboise my freedom taken away cursing the mask, to feelings of envy. Looks like I was wrong. A camel is a horse designed by the EU. How can 27 egos agree?

Oh you’re brave Pamela. All those people in their rose coloured specs will be after you. Don’t you know you’re not allowed to say anything good about the UK ?

Get behind the sandbags!

It’s ok, since I discovered how to mute threads I can let things rage without me.

I think it’s better to count the score when the match is over, not at half time

That’s unfair Sue. I think everyone would acknowledge the wonderful job that has been done by the NHS, the local authorities and all the volunteers in rolling out the vaccines. Just some of us might cautiously suggest that it shouldn’t be used as a smokescreen for the damage Bojo, Gove and the ERG has done. Hopefully Covid will pass, or a least become manageable, the disaster that is Brexit IMO will live on beyond my lifetime (and I’m not planning to pop my clogs anytime soon)

Not unfair at all. It’s what I see often when reading posts - not just on here but on other France based UK forum.

you’re not allowed to say anything good about the UK ?

Sue, that is unfair IMO, but what the heck

I don’t participate in any other British in France fora. I’ve never even browsed them. I’ve been a fan of french-property.com for a long time. Very informative and Connxion isn’t bad but I generally don’t have time to read it cover to cover.

Not unfair at all.

Maybe unfair, maybe not unfair, but either way pretty embarrassing for you that 3 hours on and no ones made any sort of comment to prove your point at all, because, well, it’s complete nonsense and just makes you seem like you have an axe to grind. If you had had any kind of point the thread would be full of people opposing the OP, but she’s entirely entitled to her view so no one did. The only people who commented for hours were you and @plod which just made your point look entirely redundant. But I’ll say no more.

@Pamela_Shields I can entirely understand your point and wish you the best!

Well… where to start?

This forum is full of Francophiles and few will openly criticise France and praise the UK - partly through fear of a nasty response like yours.

31 million in the UK jabbed - only first jabs - many EU countries are ahead on completed vaccinations - with lower risk.

4 actually Geof. UK is 5th. UK has fully vaccinated more than 6 million people, France about half that. Here’s some facts for you. Let the pissing contest commence. 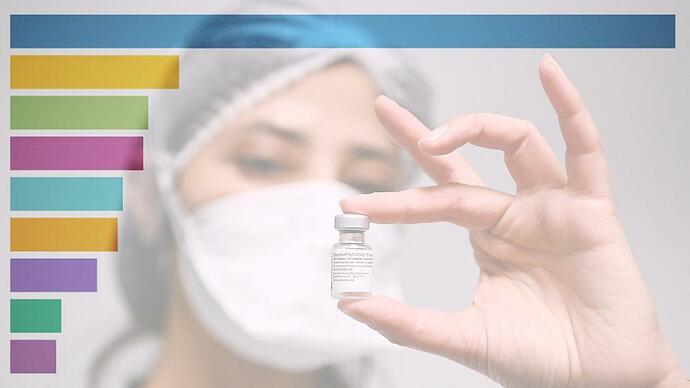 COVID vaccine rollout: Which country in Europe is leading the race?

It's far more complex than the UK just leading the way.

No need for a contest.

The UK did well ordering vaccines early (up to that point it had been an absolute shambles as reflected in the death toll.

France is now doing well with rolling our vaccines with 350,000 daily - I keep track of it here Link

France announced a very ambitious vaccination program and so far they are keeping up with it - it will be interesting to see if they still are in about a month when the program ramps up even further.

Hopefully other neighbouring countries are also making progress as until it is sorted on the continent this thing is not over.

No need for a contest.

But he started it!!

France doing so much better now with vaccines. Hoping the rate of vaccinations keeps up so that I can visit in October. I love France but I love the UK too. These are not mutually exclusive!
Izzy x

This forum is full of Francophiles

Well that’s not a surprise is it izzy?

These are not mutually exclusive!

No… and I am one too, that’s why I’m here on this site!
I lived in France for many years and loved it but was forced to return to the UK. I would return in a heartbeat if I could but, sadly, circumstances won’t allow.
I can still be a Francophile without blindly supporting France, even in the face of opposing evidence as some do. I don’t universally support the UK either - BJ and his government are a bunch of numpties!
Izzy x

There is no pissing contest Izzy. I don’t do pissing contests. After appealing a couple of times to raise the level of discussion above that, I gave up on the ‘pissing contest’ thread - look back and see for yourself.
None of the points I have made here are about all that silly ‘my country is better than yours’ stuff - what they are about is simply telling the truth.