Sadly I’m coming to the conclusion that after a three hundred year run the UK is probably time expired.
It is now accepted that the UK is four nations somthing that many of us when we started work say 40 years ago was never used as a description of UK.
But now as it seems this is a given how can four nations form a country when each of them is so politically different, England firmly Tory, Wales socialist Labour, NI in the grip of religious fundamentalists, and Scotland clearly different and wanting to be independent.
Maybe rather than acrimonious rowing it’s time for pragmatism to either move to lose federalism (Scots may not accept) or a friendly break up, each nation going its own way.
It’s clear the Wales, Scotland and NI do not want, and will not accept, domination from a Tory run England!

I have a feeling that there is a smallish but growing strand of opinion in England that “we would be better off without the other nations” as said to me by two sets of none politically interested friends recently. They just think England would now be better off on its own.
Controversial I know but maybe realistic?

Well… if we’re going to do that, London actually would like to split from the rest too. There’s a feeling London earns the money and the rest of the nation lives off it.

We’ve not even sorted unwinding ourselves from the EU yet. How many more years would it take to sort out transfers of money to keep supporting the less affluent parts of the UK into the future after the split?

Like you I am at a loss to understand why the countries are now being referred to separately and making completely different decisions on things. Perhaps setting up separate Parliaments? is the Scottish Assembly one? could have had something to do with it ? But there are many other schisms too.

Perhaps setting up separate Parliaments? is the Scottish Assembly one?

The Scottish Parliament (its proper name in English) was merely suspended between 1707 and 1999.

Not going to happen for Scotland unless the little oil that would be theirs becomes worth $150 a barrel again. Don’t forget that it’s only the urban SNP types that want independence.

Norn Iron could probably stand on it’s own two feet, but Wales would be scuppered without the Barnet Formula and EU money unless they sell part of their coastline to EDF for the next generation of nuclear power stations.

the Scottish Assembly one?

There is no such organisation as the Scottish assembly and no longer the Welsh Assembly…they are constitutionally Parliaments, as for nations many people living there consider them like Scotland to be a nation, not regions or Principalities. That’s the new reality as is the likely hood the UK will cease to exist before mid 20s

Not going to happen for Scotland unless the little

I would refer you to the case of “Brexit won’t happen” my Lud.
People want to run their affairs …heart rule head.

many people living there consider them like Scotland to be a nation, not regions or Principalities.

Scotland is a nation, what else would it be. Only the English would be in any doubt about that.

Your arguments here are not only weak, Guy, they cut both ways.

Unionists just can’t use the argument that Scotland needs financial support from England - because this is in fact one of the strongest argument for independence.

If after 400 years of government from Westminster Scotland is poorer than all of the comparable northern European countries in Scandinavia, the Baltic - or indeed Ireland - which it is - then it very obviously is poorer because it has been poorly governed from Westminster.

The argument from oil is particularly weak, since Thatcher poured much of the oil tax revenue down the drain in the process of destroying UK industry and manufacturing mass unemployment - especially in the UK periphery - and making London and the south east wealthy.
And in any case, oil wealth is finished now - and Scotland is even better placed for new, better energy sources like wind, tidal and wave.

As to ‘only the urban SNP types that want independence’ - well - just look at the election results!

Brexit is unfortunate for the UK in this respect - as well as most other respects. I suspect without this factor a compromise federal solution would have been possible, but the fact that Scotland and NI want to rejoin the EU is probably a deal-breaker for this - requiring a border between England and Scotland, for instance, which almost implies full independence (although the idea of a ‘Scotland Protocol’ allowing Scotland to rejoin the single market and customs union while remaining in the UK has been mooted).

Don’t forget that it’s only the urban SNP types that want independence. 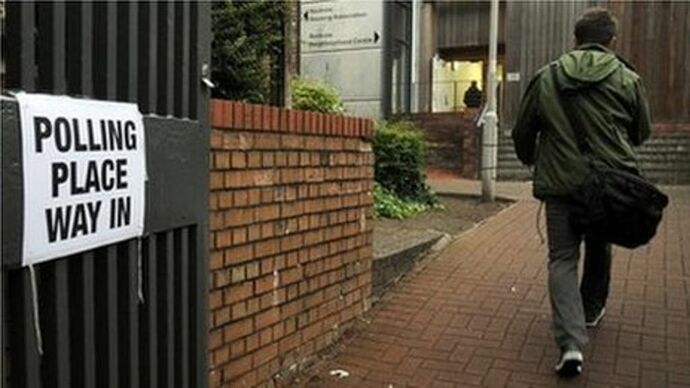 In maps: How close was the Scottish referendum vote?

Scotland has voted 'No' in the historic independence referendum. Maps reveal how close the result was across the country.

Educate me and the BBC where we are mistaken then.

Educate me and the BBC where we are mistaken then.

Using a report that’s 7 years old, before brexit and all the other changes the UK, Scotland, the SNP, etc, has seen since?
In the last UK general election the SNP won over 80% of seats - do you think that was achieved with only the support of ‘urban SNP types’?

Sorry, but I disagree with several points in your post

Not going to happen for Scotland unless the little oil that would be theirs becomes worth $150 a barrel again.

That’s a very outdated argument from the last century. Scotland is already vitually completely self-sufficient in electricity from renewable sources and as one of the windiest places in Europe that also has powerful esturine tides, it has the potential to be a major energy exporter in the not too distant future.

Norn Iron could probably stand on it’s own two feet

Disagree in two respects, firstly NI wouldn’t need to stand on its own two feet because the six counties will almost inevitably become part of the Republic and thereby continue to remain in the EU. This is because the original social and political demographics that led to the North remaining in the UK have changed considerably over the past hundred years

Secondl,y none of the various factions in NI have ever wanted independence, they either want to remain in the UK or become part of Eire. Unlike Scotland there already exists provision for a future vote on unification. The combination of a growing Catholic population and a declining and aging Unionist one will hasten this probability.

However, I do think Wales is a very different case to either of the above, there are some emotional arguments for Welsh independence, but far fewer econmically plausible ones

Secondl,y none of the various factions in NI have ever wanted independence, they either want to remain in the UK or become part of Eire. Unlike Scotland there already exists provision for a future vote on unification. The combination of a growing Catholic population and a declining and aging Unionist one will hasten this probability.

Indeed - but the South has to agree and they will be worried about Unionist violence flaring up if Ireland is reunited.

Honestly, we had the best compromise for NI and it’s been totally fscked by Brexit.

A factor in NI that I think many English people are unaware of is the huge prosperity in southern Ireland now - it is really becoming a very rich country - it’s leaving the UK behind. You have to wonder how this, along with the demographic etc changes, will shape future views in NI.

‘but the South has to agree and they will be worried about Unionist violence flaring up if Ireland is reunited.’

Unionist violence has already returned, but their agenda is increasingly incoherent - since having been stitched up by the English, they now hate everyone and are suddenly realising that they’re now on the wrong side of history. Did you know that NI Protestant teenagers have the lowest level of academic achievement in Western Europe?

‘Honestly, we had the best compromise for NI and it’s been totally fscked by Brexit.’

That may have been the case, but now we are where we are! The best future for NI lies in the unification of Ireland then (unlike Hartlepool) it can continue to benefit from the economic support of the EU.

I think that you are right, but it will not be an easy journey. The GFA made it possible for Republicans to live in an Ireland that was, for most practical purposes united while the Loyalists could live in a Northern Ireland that remained part of the UK.

There are hints that away from the headline-generating rhetoric cooler heads are prevailing, for example we have now decided to give the EU ambassador full diplomatic status and that we might be persuaded to align with EU sanitary and phytosanitary standards which will make the Northern Ireland Protocol much more streamlined and workable1.

But I doubt Brexiteers will ever comprehend what we lost when they effectively ripped the GFA apart.

1] and perhaps mean that truckers will no longer face confiscation of their ham sandwiches with a bit of luck.

Scotland is a nation, what else would it be. Only the English would be in any doubt about that.

Of course it is and a proud one at that.
It’s true that increasingly some people particularly in the south of England are beginning to get fed up with Scotland and as was known a substantial number said that the break up of the UK was a price worth paying for Brexit …Tory home county voters

using a poll from 2014 to make your argument when so much has changed in the intervening 7 years means you have a lot of catching up to do.
Brexit has changed a lot of things in the UK and Scotland, it has only strengthen support for the SNP or do you think the percentage of the vote in Scotland for the SNP means nothing, the second most popular party is struggling to get 31 seats FFS.

At the cost of being a tax haven for multi-billion American companies.