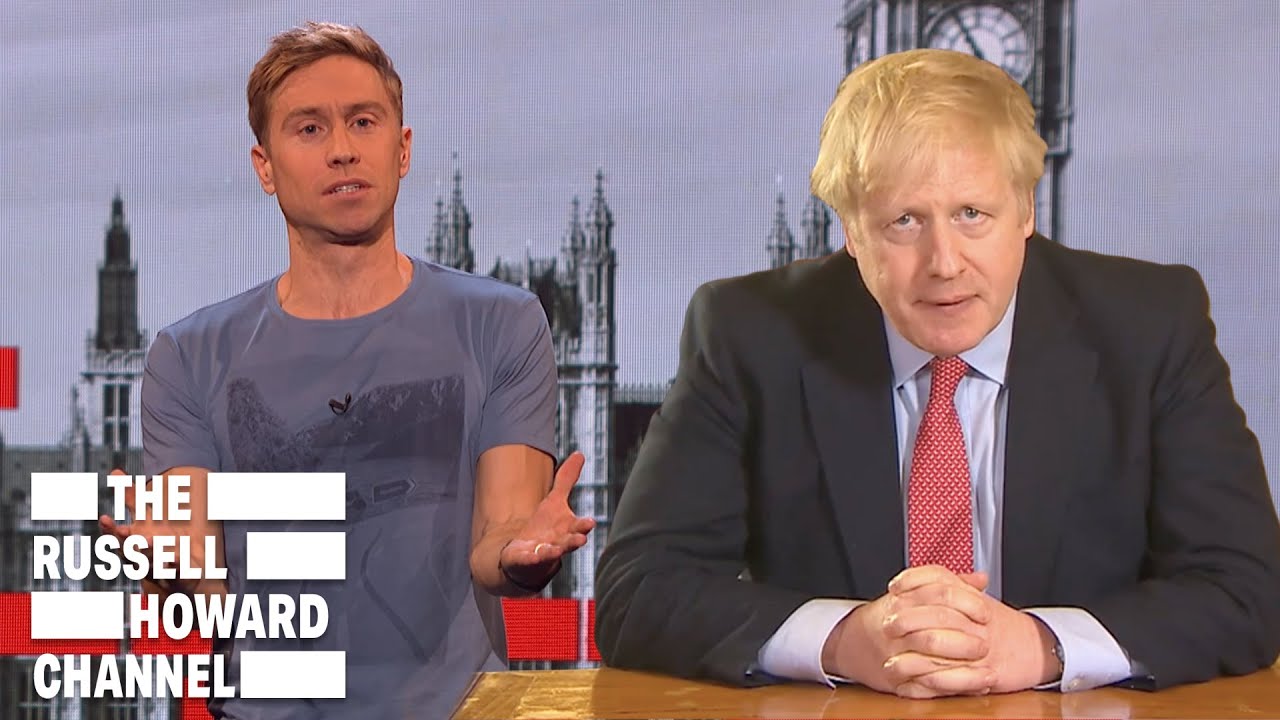 This is very funny…the buffoon is obsessed with food - minestrone, microwave ready meals, made of Greggs, vegannnnn sausage rolls. I despair!

It’s a grand chuckle but, like many a belly laugh, it leaves me afterwards with a feeling of melancholic disquiet. It’s called post- cathartic insight, I believe. Have you had it ever? It’s not uncommon.

It is very funny on face value because of the comedian’s slant on it…in reality? It is rather tragic and the bumbling nonsense that comes out of his mouth is very worrying. When I watch the French news and see some of the reports on Johnson, eg. ‘Dicktator’, I’m truly embarrassed!

Yes I have Peter, but plenty more videos to lift the mood

We have all heard him talk ’ sensibly’ when the occasion needs, that is why I have no problem laughing at the bumbling/chuntering version of Boris

Well, each to her own, Lily. I don’t easily call to mind his sensible side, because his lying and cheating has caused me to mistrust him globally. He does resemble Trump in that regard, he is completely untrustworthy IMO.

As for his bumbling and chuntering, it is now a thread-bare camouflage for incompetence, deceit, ill-preparedness and self-centredness.

No-one has who recognised charisma in another would favour him with that once noble attribute. The thin gloss of “charm” has long since worn off to reveal the rottenness at his core. It was only ever the product of media hype anyway. Wait utill they expose the corruption, like that revealed in The Portrait of Dorian Gray.

Totally agree with you Peter, but…
I do remember a couple of occasions, pre/during early Covid19 when he knew his B/C would have been totally inappropriate. Getting away with blatant actions and lies have given him/them free rein to continue😠

We have all heard him talk ’ sensibly’ when the occasion needs,

He might occasionally, by accident, talk sensibly but the problem is that what he quite sensibly says one day he will quite cheerfully contradict the next. He says whatever seems necessary to placate the individual or group in front of him and - given that he has no sense of duty or obligation - most of what he does say is meaningless piffle.

yjis guy is funny! never heard of him before, but even the expletives fit the narrative!

I have met several french women who wholeheartedly support Johnson and Brexit.
I don’t profess to understand politics, but I did admire Macron’s tidy hair and nice suits !

They clearly haven’t looked closely at the utter shambles he has created and made UK an international joke.

In BBC Radio 4 deliciously irreverent ‘Dead Ringers’ - Boris is two personalities fighting for dominance. The ‘Boris’
trying so hard to portray himself as a serious, caring sole is constantly at odds with ‘Bad Boris’.
https://www.bbc.co.uk/sounds/play/m000knxb time 18.08 into recording

I have met several french women who wholeheartedly support Johnson and Brexit.

I have said this before but all shades of political opinion informed or not, and degrees of intelligence from brilliance to complete airheadedness are well represented in France and it is particularly easy for us to profess admiration for foreign politicians seeing their decisions don’t affect us.

But opinion polling seems to show that support for the EU remains high and indeed has increased - in France, in the UK and in many other countries - during the brexit saga, and that most French people don’t like Johnson (I posted poll results in another thread recently that found French people rated Johnson lower than Trump - although that was before this latest coronavirus storm in America).

That’s what I thought !