Weed killers, what are you using these days?

What should we be using to kill weeds? Glyphosate is out I suppose, so what works well?

I’ve tried vinegar/salt mixtures without much long term success, also have a propane burner but they keep coming! Maybe I should just live with it!

Even glyphosate only kills weeds that are treated at the time - the old “pathclear” product combined glyphosate with a long term residual weedkiller.

The catch is that I don’t think there is any product on sale in France for non-professional use which fits the bill. Residual herbicides such as propyzamide seem to be available in France but only if you have a Certiphyto

I pull out the weeds I really hate, and which will come out without too much trouble. I mow the rest. I have a bed with irises, tulips, daffs. This year it is overrun by all sorts of grasses. The only way I can see to get rid of the weeds it is to dig it all up,spring bulbs as well, try to rid it of grass and then replant the good stuff.

Gravel paths I use a gas gun. Need to fry regularly, before they get beyond miniscule. So a quick pass once a week keeps things in check.

Everything else is hand weeding and deep mulching, or learning to love the scruffy plants. My tomato cans worked on a bed of convolvulus, but you have to be prepared to live with rusty cans in your borders.

Our big problem is mare’s tail and I know no solution for that!

On paths etc I use boiling very salty water to kill the plant and seeds.

On paths etc I use boiling very salty water to kill the plant and seeds.

Unfortunately I have > 200m2 of path and gravel, that would need a very big kettle

I have yet to try vinegar but it’s not actually that cheap for that sort of area.

Pelargonic acid (Clairland tous jardins) works very quickly but only really kills foliage. 5l of the concentrate costs 62€ from Leroy Merlin but does make 40l of working strength solution which is enough to treat 400m2.

But, without recourse to a residual herbicide weeds re-grow quickly, at which point it boils down to any method is effective if used continuously. Arriving once every six weeks (or longer) to “do something” means that the weeds look pretty much just as bad each time. 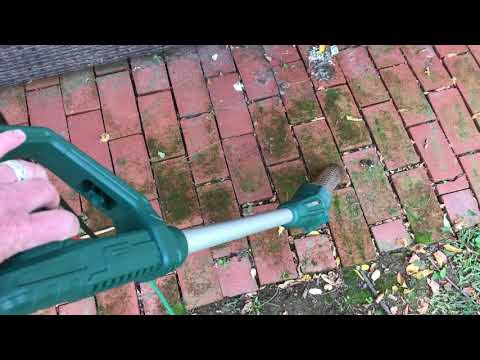 Great for firing up the BBQ too.

I have the paraffin powered equivalent - you can get ones which run on bottled gas (butane, I presume) as well which I’ve seen the council workers using around the church.

FWIW I think he’s giving individual weeds far too much attention, if he has any area to cover it will take him weeks to do the whole thing.

Every time you spray chemicals, things die. Bees, insects and onwards throughout the food chain. Is it really worth it for a few weeds? If you continuously mow the weeds that really annoy you they will eventually die.
Surely wildlife deserves all the help it can get? 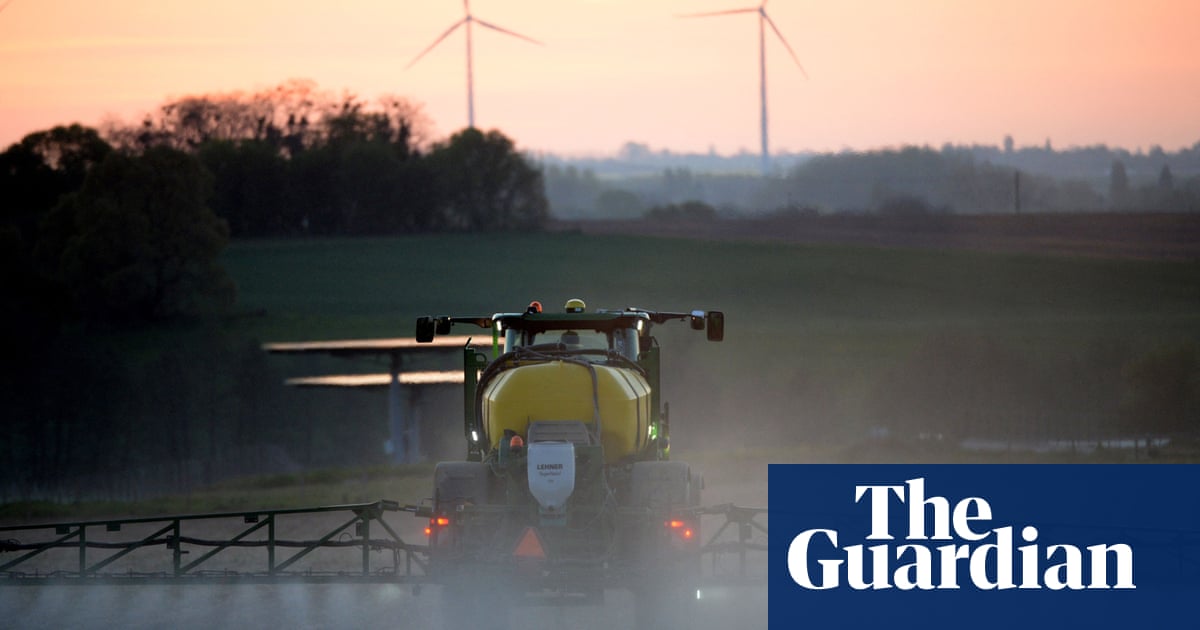 After 3 years or so pulling by hand out of gravel and stones especially getting an early start from March each year and pulling any tiny new shoots every 2-3 days, the weeds definitely do come up less and less each year after about the 3rd year.

And when I’ve mowed the ones I mow, again 3-4 times mowed flat and they tend to die back. Giving time to pull any out that really annoy you, ideally about 36 hours after heavy rain so the earth is soft and the plant dry enough not to break off as you pull it up. Otherwise just keep mowing most give up eventually.

Glyphosate is an incredibly dangerous substance that should stay banned. If it’s allowed personally I can only think would be due to Monsanto bribery of officials and responsible entities and organisations. Even salt and vinegar isn’t good for wildlife. I want to keep every bee, worm and snail I can see as their numbers have dropped so significantly even on a site that has been no-chemical for decades like ours.

No use on paths for obvious reasons but the Fisker weed remover is very good, root and all in most cases. Other similar ones failed by comparrison.

Really? If I spray water will things die? Water is a dangerous chemical after all.

Sorry - don’t mean to disparage but the issue is emotive and it pays to be precise in language.

Do we know that acetic acid is not harmful - it is widely applied as a weedkiller, pelargonic is probably pretty widely used in France as it is now just about the only other effective treatment available to individuals - how safe is that?

The Guardian article ultimately links to this report - it doesn’t seem to be too badly written, though I haven’t had chance to read it in depth.

A couple of points:

They cite 11 studies but I can’t see how they were selected. If I search for “glyphosate AND cancer” on PubMed I get 194 published articles, if I just search for glyphosate I get 4492 results.

Also, the doses in the study are enormous - up to 5 or even nearly 20mg/kg - equivalent to a 70kg human ingesting 350mg - or 17litres of the retail strength Roundup (which was 2% glyphosate) every day.

FWIW I actually agree that we should stop using it, but the problem is one of overuse - it is actually a stunningly low toxicity product. It’s just that it is not a zero toxicity product (nothing is, BTW) so using it as widely as it has been is bound to lead to problems. More selective use would probably have been OK.

What’s wrong with you man - you keep putting forward sensible, reasoned answers based on actual scientific data instead of internet rumour.

I wondered how long it would take.

I wondered how long it would take.

How long what would take?

I’m following the debate with great interest. I’d like something to eradicate certain weeds but with minimum impact on Nature.
Currently hand-weeding one section where we eat outdoors, but left enough wildness around the edges to fulfil the needs of the buzzing fraternity…
And… I’ve still left all the weeds to do their own thing, across the way… in the area where the glow-worms thrive…

but with minimum impact on Nature.

Hand weeding probably the only option then.

My hands need a little help

Unfortunately glyphosate is stunningly badly used and although a nuisance I agree it should be kept away from the domestic market (not that some professionals are much better). To much risk to water courses, which are increasingly precious.