What has Boris actually done to warrant his popularity?

He seems to be riding on the efforts of others in this Covid crisis.

I heard the effort of Johnson to clean a chair was much the same as a guerilla first using primitive tools.

Finding empathy with his supporters.

Isn’t he so relatable, just like all of us…

(I bloody hope I am nothing like this lying git)

I wonder if Johnson is really as popular as he sometimes appears to be in the media - and I include in that supposedly ‘balanced’ media like the BBC and The Guardian, which still tend to see politics within a centrist framework as a battle of ideas and personalities, and thus unintentionally mislead.

If you look a little more analytically at the actual voting, there is a different story. The media was all over the Hartlepool result as voters moving from Labour to Tory - but the big story was really that over 60% of people there - nearly two-thirds of registered voters - didn’t vote at all. In fact, for getting on for 20 years, there has been an anti-Labour voting majority in Hartlepool - it’s just that it was shared out between the Tories, LibDems, UKIP/Brexit, etc - so the real story - that should have been all over the media - was that most voters are disillusioned with politicians and stayed at home, and the actual increase in the number of Tory voters was far less than the votes lost by the LibDems, UKIP, etc.

Labour lost another possible narrative by the stupidity (in every way) of trying to scapegoat Rayner, but again if you look at the actual results it was not so much the Tories as the perceived incumbents that did well. Labour - perceived in Wales as doing better on the pandemic than Johnson - not sure if people know this but it is way ahead of England on vaccinations too - increased its support, as did the SNP/Green alliance in Scotland. Even in England, where people perceived Labour incumbents as handling the pandemic well - such as the Manchester mayor Andy Burnham - people voted in larger numbers for them, not for the Tories.

So in reality, an interpretation that better fits the facts is that while people are fed up with politicians, think ‘they’re all the same’, etc, they are grateful for the role some incumbents seem to have played in getting them through the pandemic, and were prepared to offer a literal ‘vote of thanks’.

No, finding jobs and lucrative contracts.

Looking purely at Hartlepool the result, as Geoff says should have surprised no-one.

In 2019 the vote was split (in percentages) as follows: 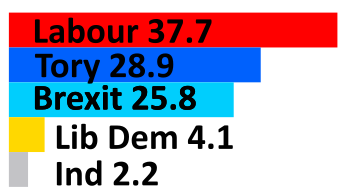 Labour did not help their own cause though - had they persuaded Sam Lee the independent candidate to stand on a Labour ticket (not sure how realistic this suggestion is) they would not have won but the damage would have been less and could have been given a better spin as it would have amounted to a slight increase for Labour in percentage terms compared with a slight loss for the Tories (compared with the total Tory+Brexit/UKIP party vote in 2019). Not that the general population is likely to understand when they reportedly think that the appearance of food banks in Hartlepool under the Tories shows how much betterthe party is than Labour.

As to overall turnout - it was, indeed, poor but very in line with typical figures for UK by elections (as well as local elections). IMO this needs tackling much more urgently than the almost non-existent level of in-person voter fraud in the UK but apparently the Tories disagree (wonder why).

As to overall turnout - it was, indeed, poor but very in line with typical figures for UK by elections (as well as local elections). IMO this needs tackling much more urgently than the almost non-existent level of in-person voter fraud in the UK but apparently the Tories disagree (wonder why).

Absolutely. The worrying long-term decline in voting was disguised momentarily by the brexit polarisation - and, I would argue, the marmite quality of Corbyn - but the widespread and increasing disengagement of people from politics (in many countries) is a serious problem.

Sam Lee, incidentally, stood as an independent, but is an ex-Labour member now in the Northern Independence Party (see the ‘UK… is it RIP’ thread) which was not registered with the electoral commission in time for the by-election. Many Labour members are worrying about what will happen if it gets properly established and organised.

As we discussed elsewhere Paul, Labour is now in a huge mess, outflanked on the left by the Greens, SNP, Plaid and other formations now emerging from dissatisfaction with Labour, but moreover stymied by left voters simply staying at home. But Starmer’s unpopularity (he is now, apparently, less popular than Corbyn in the polls) does not mean that Johnson is popular - there are other factors, Labour’s weakness among them, involved in Johnson’s apparent recent success. 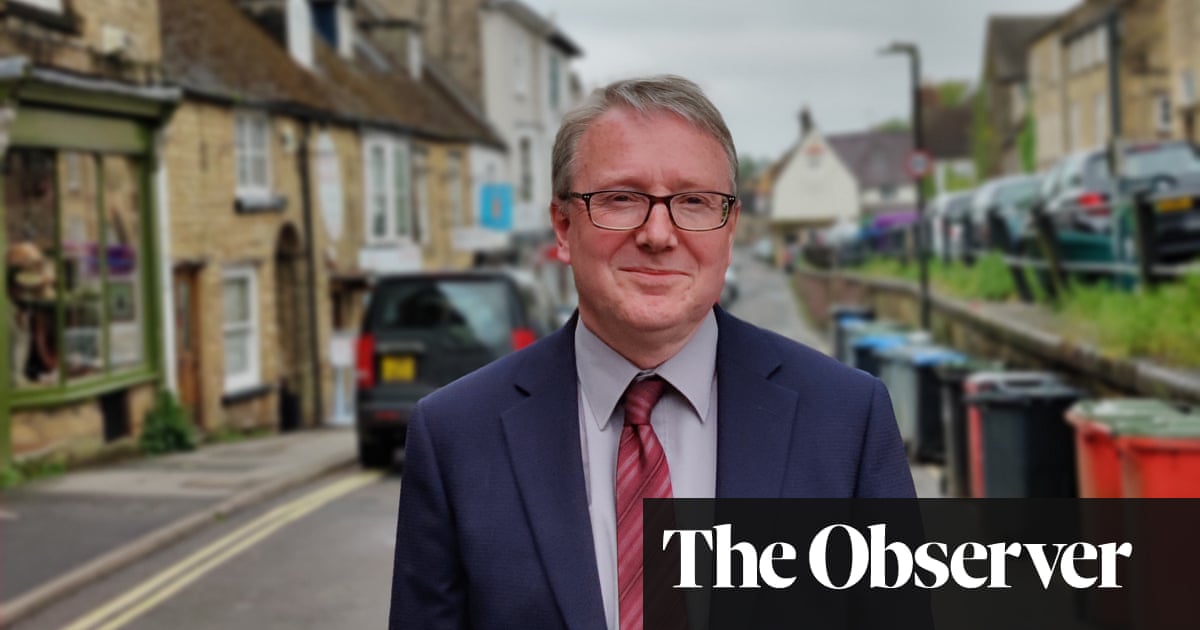 The view inside the People’s Republic of Chipping Norton

On a visit to the town once synonymous with Tory power, disilluson with the party may not be a blip

It’s only half-true - it alludes to many years work by activists and actually mentions the Midcounties Co-operative in passing - not getting to the heart of what’s been going on (which I know from friends directly involved) - left activists have been reforming the local Co-op’s internal democracy and ethical/environmental standards for literally decades, building deep and resilient networks across Labour and the Greens - and eventually a strong base for broader community and political action.

Did the country such a service in getting rid of Corbyn he’ll live freely on that kudos for several future elections!

What always fascinates me about these sorts of comments re the vaccine is that all credits are given to eg Wales for doing more vaccs than England in its smaller population, Andy Burnham you say has been seen to do well in Manchester on the pandemic - he is certainly noisy, true. But when ever it comes to giving any credit to the Government for its speed and forethought in finding and purchasing vaccines there is absolutely no credit whatsoever. I am not sure how successful Wales would have been with their vaccines without that but hey ho…

One of the points I was making Anne was precisely that voters did give a vote of thanks to incumbent politicians - including the Tories in some places, but Labour or the SNP in others (because in those places Labour/SNP were seen to do better than Westminster - I’m not a huge fan of Burnham, but he did strongly - and as you say noisily - advocate for the interests of the North West, and I think got credit for that).

I was focused on explanations of recent voting that best fits the facts - not expressing my personal political views (though they’re no secret: green/red - from my perspective it’s perfectly understandable that the Tories would do better on vaccinations than other aspects of the pandemic: they are dominated by the interests of rentiers, they want people in work, out shopping, etc - hence slow to take action on lockdowns, corrupt on PPE, ‘eat out to help out’, but very focused on getting people vaccinated a.s.a.p, and back to working, renting, shopping, and generally being well exploited).

So… @Geof_Cox …you think the Tories are like sheep farmers and we’re the sheep?

Does this differ from other parties?

So… @Geof_Cox …you think the Tories are like sheep farmers and we’re the sheep?

Emphatically not! I wouldn’t use a ‘sheep’ analogy at all - but trying desperately to uncover any truth in it I would have to say that if by sheep you mean voters, there are different groups of sheep with different interests (real and imagined), and they want to go many different ways. Tories have a higher imaginary content in their world view, and therefore don’t realise they are running headlong towards the cliff-edge of climate/ecological breakdown; their leader, a particularly wooly-headed untidy-looking sheep… but stop it! Enough of your sheep!

There are no farmers either by the way (that’s conspiracy theory, isn’t it? - there are lizards or paedophiles or illuminati or jews or whoever that stand outside of the flock and manipulate the sheep for their own inscrutable purposes).

That made me giggle - so right and why? He makes us laugh. At an Old Girls reunion - Cardiff High School for Girls - my former class mates told me how ghastly I was (still am) I asked why they bothered with me - they said you were outrageous, shocking, fearless, all the things we wanted to be but best of all you made us laugh. Dont know about B but if there’s nothing better on offer I say the things I say and do the things I do to entertain myself, to make myself laugh.

“Lots of nurses felt that the government hadn’t led very effectively – the indecisiveness, so many mixed messages. It was just very upsetting.” 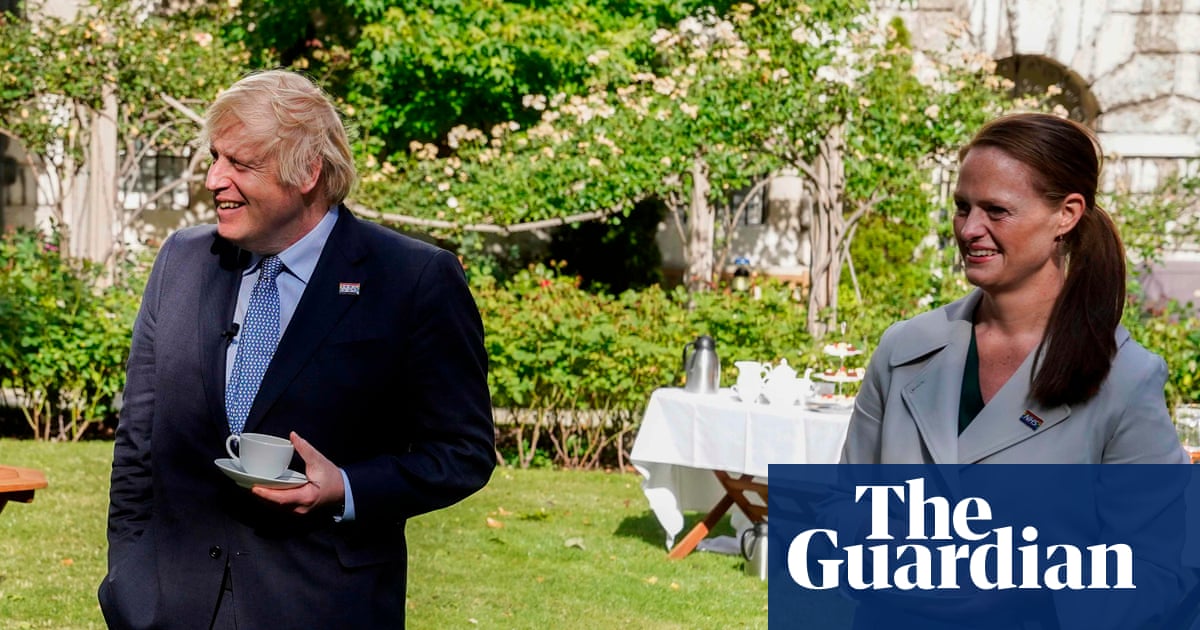 Jenny McGee, who kept vigil by PM’s bedside when he was sick with Covid, derides government’s handling of pandemic

He is basking in the beauty of an opposition party that cannot get its act together. Were that not the case, he’d be swimming against the tide in deep, deep waters …

an opposition party that cannot get its act together.

Quite right, the opposition are failing to effectively highlight failures…aka giving him free run, bit like here as the moment there is no credible opposition to Manny, though M le Pen is becoming so and maybe an alternative will come out of the shadows this autumn to build momentum through the winter ready for May 2022