What's going on in the Tour de France?

Can someone please explain what is going on with the Tour de France and Lance Armstrong?

As I see it, the US anti-doping agency (USADA) has accused him of taking performance enhancing drugs to win his seven tours. He says he didn't and apparently all the tests prove negative. I am aware however that his team "mates" are willing to testify against him. The other side of the coin is that the International Cycling Union is actually backing Armstrong's position.

Now Armstrong is not going to fight the charges brought by the USADA as he is fed up with fight which he calls a "nonsense". On the back of this, the USADA are saying they will strip him of his seven Tour de France titles.

Can someone tell me in what right the USADA has to strip him of his titles ? Surely this must remain with the organisers of the Tour de France.

The farce is that every rider who finished on the podium in the seven Tours that Armstrong won have been implicated in one way or another in doping scandals so what will that do for cycling`s image as this story rolls on? 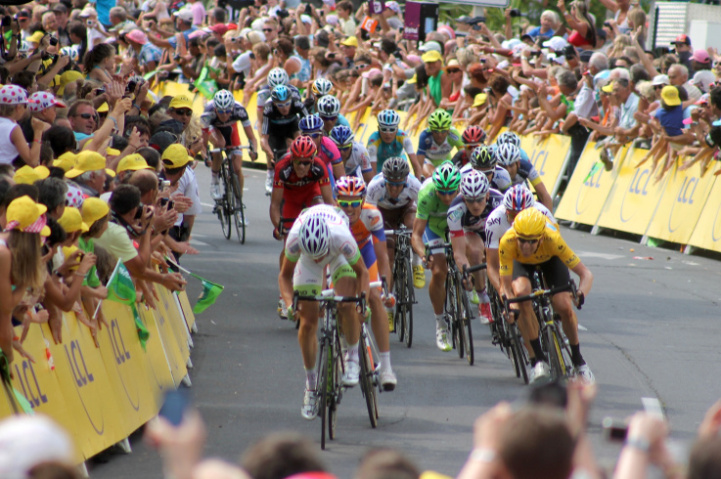 Well no we cant if they pass or fail at the moment of testing should be enough you cant go back over the years and say drugs were seen in your locker or in your roomm hard evidence is required not hearsay from a disgruntlesd team member, perhaps i live in another world but i would like to think that its done with shear will power and training there will be cheats in every form of sport they deny themselves the satisfaction of a win on their own merit

i would imagine mountainering is a sport/activity where you compete against yourself, the elements and the very mountain you are climbing, the danger as in Tommys case would be not knowing when you reach your limit amphetamines and alcohol plus the climb in very hot conditions a dangerous combination

Tom Simpson died in 1967. He died, probably, from misuse of amphetamines. At the same time many extreme alpinists both in the Alps and the Himalayas routinely took drugs to combat the possibility of frost bite during winter ascents. Are we to deny them their first summits? There isn't an Anti-Doping Agency for mountaineering. Hindsight is a wonderful thing. If samples exist and don't forget Armstrong would have been sampled, then let the Anti doping Agency come forward with evidence. Are we to go forward and examine for example all the victories of the GDR swimming team in Worlds and Olympics on the basis of hearsay from other team members who had their nose pushed out of joint? I remember Armstrong both before and after his cancer and can only admire his recovery. Frankly I don't give a tinker's cuss for The International Doping Agency. If you haven't got real scientific evidence then shut up.

Sorry about the earlier deleted comments but it wouldn't post properly!

Can be proved Chris that is the thing but so long after how can it be , a life time ban now i think that is a bit strong , stripped of titles won while using and a four year ban would be enough to put them so far back they would never be competitive again in something as tough as the TdeF and i doubt sponsers would touch them again,where do we draw the line, in all sports there are people who disgrace themselves even whole teams football rugby cricket that drunk they cant stand and playing the next day should they be banned or is public disgrace enough, as i said earlier Tommy Simpson died using drugs i though then i am not doing that not that i could have competed at that level friend went on to compete all over the world i hope he never resorted to additional help

If - I said IF - Armstrong took drugs and it can be proved, the he should be stripped of all titles and honours. The vast majority if professional cyclists are honest, hard-working and clean, and it is an insult to their eforts that someone should use unfair means to gain an advantage. Despite his "reform" David Millar should not have been allowed to compete again, nor should Contador despoil the roads of France and Spain.

But cycling and especially the Tour, is a wonderful thing - one of the greatest sports.

Now that is an unfair advantage round wheels whoever heard of such a thing, did i hear they had tyres on as well, that bike of Mark Cavendish should have RAF roundels on how he can take off like that after pushing for 160+k i just dont know

OK, cycling's had its problems and more than most sports. But until Armstrong is proved guilty then I will go on believing he's innocent. I hate the fact that years after the event someone decides to reopen a case, re-examine ancient samples in an attempt to show that someone was chemically assisted. There should be a statute of limitations on these things. Cycling is not the only sport where athletes have dominated their events but it's the only one where success is systematically greeted with suspicion and innuendo.

Indeed John - who's next? Wiggo, Froome and of course the Manx Missile himself, no doubt. I'm not part of the cycling fraternity - just an enthusiastic TV spectator - but I have already heard comments from several people pointing the finger at Team Sky in general. Who is pointing? -well they just all happen to be French!

I think someone commented elsewhere about Team GB using round wheels?!

It is a sad day when you realise that the hero you aspired to match used drugs Tom Simpson in 1967 paid the ultimate price, over the years others have been found out and tested positive that is the difference Armstrongs test all prove Negative but suddenly out of the woodwork come the accusers one guy said i saw the drugs in his fridge if Armstrong was one jump ahead of the dope testers is he going to slip up and let a team mate see the evidence knowing he could one day point the finger,the guy has had cancer he may have come out of that so focused, whos next Mr Wiggins for two rounds of toast at breakfast giving him the edge, Mark Cavendish sticking out his elbows in the sprint, he's world champion come on he must be doing something illegal, no the truth is they are focused single minded determined to achieve their desire not willing to compromise, us mortals when we are knackered we sit down they dig deep and go for it knowing others sit down

Fair comment Gorden, he was already a very good cyclist, but he came back a changed cyclist where he dominated everything and everyone, including the best of the best who were doped... I still believe that it was a period where everyone at the top was doped and that it would have been almost impossible to win anything clean. It's my opinion, not hard fact, but also the opinion of nearly every cyclist in my club for what it's worth ;-)

Sorry Andrew but you are wrong - Armstrong was not a mediocre cyclist before his cancer - he was World Road Champion in 1993 at the age of 21 - one of the youngest ever cyclists do so - as well as winning 10 one day events and stages of Tours in the same year.In 1995 he won the Tour du Pont , the Classica San Sebastian and a stage in the Tour de France - so by the time he was diagnosed with cancer in 1996 he already had an honours list that many professional cyclists would give their right arm (or leg!) for!

The USADA cannot strip him of his titles world wide - only the UCI (Union Cycliste Internationale) - world cycling`s governing body - can do that. At the time of writing the evidence that Armstrong was taking drugs has not been handed to the UCI.

This evidence is made up of testimony from former team mates but USADA have not disclosed the evidence to Armstrong so he has been unable to mount a defence.

During his career he was tested apparently about 500 times with no positive results - doubts have been cast on the efficiency of the drug testing (done by independent laboratories) yet others were caught. In addition to urine tests in and out of competition cyclists also have spontaneous visits from the testers to take blood samples to detect abnormal or unusual fluctuations in red blood cell count etc.

Until "hard" physical evidence is available rather than hearsay from team mates - some who have already tested positive in the past (Landis for Testosterone & Hamilton for Blood doping) I will continue to believe that Armstrong won his Tours on hard work & commitment - just as our own Bradley Wiggins did this year.

Right on, David! The whole thing is a witch-hunt backed by those who are jealous of his achievements.

Anyone who has read his books will see that Lance Armstrong, perhaps more than any other cyclist, has been subjected over his career to large numbers of random drugs tests - not just during competitions, let alone just after he had won a race, but year-round and at all times of the day and night. None of those tests proved positive - and they were testing for all the substances that were banned at the time.

Now I accept that is not the same as saying that he didn't use drugs that were legal at the time of application - but retrospective legislation is never desirable; it is like being flashed by a speed camera at 38 kph in a 40kph zone, then being fined ten days later after they have reduced it to a 30kph area!

But as Lance himself has written, he has had so many drugs pumped into him during his cancer treatment, why would he want to abuse his body further?

Good luck to him - he is quite right to tell them (in effect) to 'get lost'!

It seems to me that USADA is behaving in much the same way as the House Un-American Activities Committee in the days of the senator from Wisconsin. On the basis of lack of evidence, innuendo and some questionable testimony from a former team-mate USADA have engineered a position in which Armstrong does the equivalent of taking advantage of the Fifth Amendment ergo the guy must have been guilty all the time. USADA and the World anti-doping Agency is just showboating ; it isn't in USADA's power to strip his titles that's up to UCI. I can understand Armstrong's decision and support it even though he is a Republican and a friend of Shrub.

SKY news getting it all wrong - the USADA can only strip him of his titles in the USA. The UCI is the one who decides whether to strip him of his european and other non american titles! le monde explains it well ;-)

Hi Nick, it's not the USADA who are stripping him of his titles but the UCI. I've always believed he was doped to the eyeballs but always one step ahead of the game so escaped getting caught. I think he's realised he can't keep running from the truth. He was a midiocre cyclist before his miraculous transformation into the unbeatable world's best. And those who came second have already been caught - Jan Ulrich so I can't imagine that he was clean and beat one of the world's best who was doped...! Bjarne Riise used to be called Mr 60% due to his EPO level and Ulrich wipped the floor with him, then armstrong took over and nobody could touch him in both senses! The sport is much cleaner now but there's still work to be done.