Introduction of driverless buses in the Charente.

The department has announced that it will be one of the first regions in France to introduce the all new driverless bus. This bus has already been trailed in Madrid with great success.This all eclectic bus (ASC) Autobus Sans Conducteur will start running from the 1 st April 2021.

This will be the first step towards a driverless transport system, which has already seen the introduction of driverless trains on the Paris Metro system in 2020. The first route has already been agreed and the new driverless bus will travel between Villebois Lavalette and the newly built library in Angouleme, which will also serve access to Angouleme station via the new footbridge.

The new bus will be able to navigate all road types without human intervention. Trials have already taken place in secret. “You may have already travelled on a driverless bus without realising”, said a spokesperson from the ACS. The spokesperson went on to say that “many journeys have taken place with qualified drivers sitting in the driver’s seat so as to not worry the passengers.” “Some of the drivers have been seen falling asleep out of boredom creating panic among the passengers.” The driverless buses have already navigated 120,000 kilometres without a single accident. However, one bus did get a speeding ticket for exceeding 30 km in a 30 kilometre zone. The investigating team are looking at how this could have happened. After all, how do you apply the points to Permis de conduire to a driverless bus?

The unions are up in arms. Many of the drivers fear that they will lose their jobs. The management have agreed that they will be able to keep their status as drivers for three years but they will have to adopt a new role of opening and closing the doors. (But don’t tell the ASLEF union in the UK because our sources tell us that they are soon to be introducing driverless trains as well.) Whatever next.

Next we will be leaving the EU…Surely not!

This News was brought to you by The Bored Bard Corporation. (TBBC)

or the new web site at 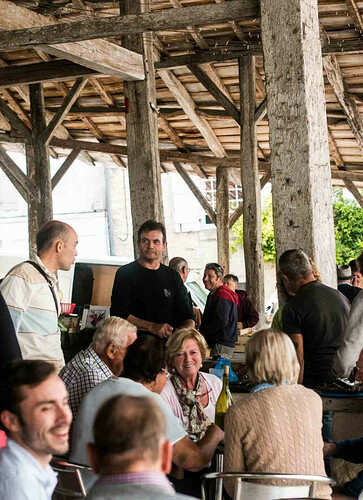 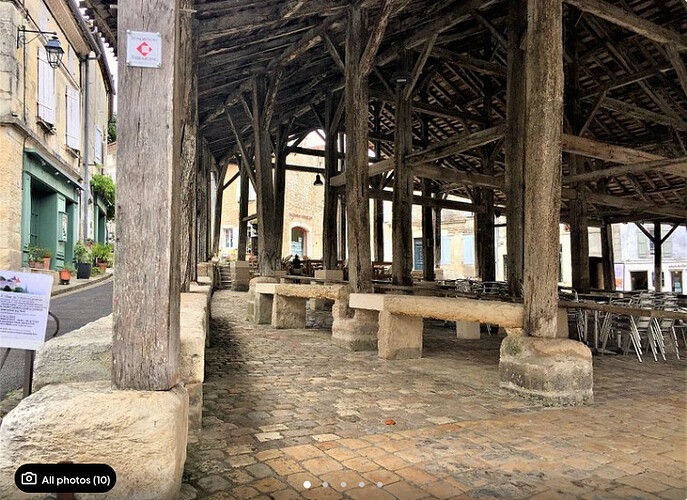 Introduction of driverless buses in the Charente.

The department has announced that it will be one of the first regions in France to introduce the all new driverless bus. This bus has already been trailed in Madrid with great success.This all eclectic bus (ASC) Autobus Sans Conducteur will start running from the 1 st April 2021.

This will be the first step towards a driverless transport system, which has already seen the introduction of driverless trains on the Paris Metro system in 2020.

There have actually been driverless trains on the Paris Métro for 23 years, as full automation started with Line 14 in 1998.

Line 1 was a technological feat as it was the first underground line in the world which was fully automated without interruption to its service (Line 14 was originally designed to be driverless).

What happened with Line 14 last year (hence the confusion here maybe) is that it was extended to Mairie de Saint-Ouen beyond the Périphérique (ring road) and a new fleet of Alstom trains was delivered. Summat like that!

Lines 1 & 14 are pretty famous in Paris as they’re quite popular on strike days: they are the only lines that very rarely suffer from industrial action… (as drivers are redundant. Obviously other workers are needed to operate the line but Métro drivers are usually at the forefront of strikes). During strikes, the acronym RATP, the Régie Autonome des Transports Parisiens (the Paris Transport Authority), is often interpreted as “Rentre Avec Tes Pieds”…

Would love any type of public transport here in the Charente Maritime and may become essential if the French authorities continue to hold the UK residents hostage by refusing to exchange driving licences.

the French authorities continue to hold the UK residents hostage by refusing to exchange driving licences.

Oh good grief holding UK residents hostage indeed. Don’t go overboard - yes it’s tedious but it will be sorted out, stop stressing about it. I am in exactly the same boat since I passed my test in the UK and hadn’t changed my licence.

I see a future when we will not need driving licences as car ownership will be a thing of the past and all transport will be electric and driverless. This is what I see,
Log on to google. Book a self drive car and away you go. Things are going to change dramatically over the next 20 years.
Not having to buy a car.
No expensive insurance and a
integrated transport system.
Driverless
We are getting there.

No Veronique - there has been a simple system of exchange for some 30+ years - Brexit does not change that so what are the French wanting in exchange for continuing a system that is already in place?

My understanding is that the “simple system of exchange” operated, and still does, between member countries of the EU. Have I got that wrong?

Hello Angela - regrettably yes, the French authorities are refusing to continue the existing system which could mean that British expats could be forced to take a French driving test before being issued with a French driving licence - to date I haven’t found out what the reasoning behind their refusal to agree the swop but the UK drivers are renowned to be much safer than French drivers as demonstrated bu the the comparative road death totals.

That is not really accurate though is it

the French authorities are refusing to continue the existing system

Wild baloney and well you know it. Provide proof of that outlandish statement or remove it!

Total baloney, if the UK had negotiated a reciprocal agreement before we left the EU none of this would have happened.

none of this would have happened.

it might have Colin given the reported issues with ANTS but I take your point.

Agree. The differences between different EU countries was yet another detail that the UK Government forgot to include in their “oven-ready” Brexit deal. So now it needs diplomacy to come to an agreement and I can imagine that the France could be pretty hacked off with the UK’s idea of diplomacy. For example sending all refugees back to France, which is perhaps a more serious situation in need of an agreement.

sending all refugees back to France

That’s what I like to see - a nice reasoned argument - read the reports of last weeks meetings and ask why France is the only country presently actively refusing to exchange licences. Yes it could have been agreed before Brexit but what has actually changed to cause a negative response at this stage???

Actually, John, France isn’t actively refusing to exchange licences. The British Embassy and the French Government are discussing what sort of agreement to have. The point I was tentatively suggesting earlier was that the exchange method used previously was, and is still, only open to EU citizens and therefore not available for non-EU citizens (like e.g. Brits?)