i spend my days fielding weather queries from visitors to the chateau....

is the wind going to stop?

can i play golf tomorrow?

should we take the pool cushions in?

i used to be a weather witch - i used Meteorologic.net which was accurate for me here in provence to within about 30 minutes!

but sadly it's closed...

which one do you use?

thanks Brian - i'm gutted that Meteorologic has gone - i was nicknamed the weather witch for my (stolen) predictions.

i'll take my chances with meteo france and hope for tips based on 'it'll probably be sunny...'

I use http://france.meteofrance.com/ which I put our village name to and get the most local forecast of all. For accuracy, much like most others broadly speaking. None of them is as precise as Meteorologic.net used to be but let's say for looking three or so days ahead not bad.

I was sure there would be a thread already existing on this subject, hence resurrecting one from 2013!

Meteo France lately has become a great deal less reliable. Where we are is slightly difficult to predict, I know as being 2/3 of the way down the Cotentin peninsula, we sometimes get Channel weather and sometimes continental weather. However, for the past few days, Meteo France has predicted glorious sunshine with no clouds in the sky at all and this is the third day in which we have had warmth but significant cloud cover.
Which weather forecasts does everyone else rely on?

Hubby is a meteofrance user, I prefer chainemeteo - the graphics are cuter. Weirdly they often don’t agree with each other but not noticeably more in one direction than the other!

Thanks Tory - so neither is terribly reliable? I tried accuweather but wasn’t overly impressed with that either as, although different from meteofrance, they were usually both wrong…

the graphics are cuter

That is awfully girlie of you

(I think I can say that without being offensive, as a fellow girlie…)

Google’s Frog weather and the Frog weather shortcut in play store is usually the most accurate here and Raintoday for almost total accuracy with rain forecast when the washing is out.

Download the latest version of RainToday for Android. What are the odds it'll rain today?. RainToday is a tool that lets you stay on top of all the latest weather...

Thank you Colin! I shall have a look at Google. I don’t have a smartphone at present so my ability to download Android apps is somewhat limited …

Accuweather is good - better than Météo-France on average here in 86.

Thanks Brian - I have used it a bit but not recently. I didn’t think it was that reliable here but it just has to be better than my recent experienc of Météo-France

I use The Weather Channel app that seems pretty good.

Yikes! I don’t have a smartphone so couldn’t do the app but the website seems fine EXCEPT that it’s forecasting sub zero temperatures and snow

in a few days time. I don’t like that forecast at all - need a better one

We use meteociel.fr which seems reliable for 5days forward and less so after. It gives quite a bit of detail. Also Raintoday for going for a walk to check what coat we need…

We use https://www.theweatheroutlook.com/
which gives a two week forecast and seems to be pretty accurate.

Thanks Jane and Nigel - duly noted!

Same question was asked some years back on another forum I used to frequent and among the weather nerds the view was the Norwegian meteo site was the best. 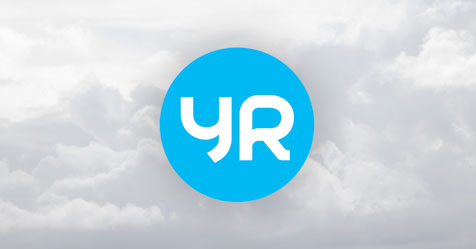 Todays weather forecast, by the hour and long term. See the forecast as a table or graph.

Better put some fleece over the plum blossom…

I could only get that site to give a detailed forecast for UK locations - plus the most popular worldwide holiday destinations.

How can one search for a commune or code postale in France?

How can one search for a commune or code postale in France?

There’s a box (input field) that says “Enter a UK postcode or location” towards the top left of the screen.

I recall contacting them and asking for Romazierers-loubert as a new location.

@_Brian Took me a while to find it but I did it by selecting a country somewhere obscure. I’ll have a hunt and post it when I find it again. Then it will give you French choices. hang on a mo