Can you name a country?

I watched this with my mouth open. Does this reflect the standard of education today in the US?

They should ask Trump.

I would pay to see that.

As most Americans have no interest in the rest of the world why should they know the name of any countries.

I’m a member of a particular car owners’ forum in America. Last year I shared the details of a Swedish owner who was driving his 1920s car ‘around the world’. He drove from Sweden through Poland and Eastern Europe to Iran then was taken by ship to India and after crossing India, by another ship to Australia. He crossed Australia from west to east before having the car shipped to Panama. He spent some time in Central America before entering the United States. His trip generated a fair bit of interest among the Canadian, Australian and New Zealand based members but only one American commented before he entered the states. From then on there were a few posts but they tended to be negative either making out that the trip was nothing special or that they were disappointed that he hadn’t re-routed his trip through their town. No imagination whatsoever. I couldn’t believe it as the Americans are so keen to share how they trailered their similar cars down to their local Faye’s to win prized at the car show there.
The Swede was a bit less adventurous this year, he took the car to Scotland in the early summer and has just returned from a trip to Germany and Switzerland. I didn’t bother sharing the details of those trips on the US site. 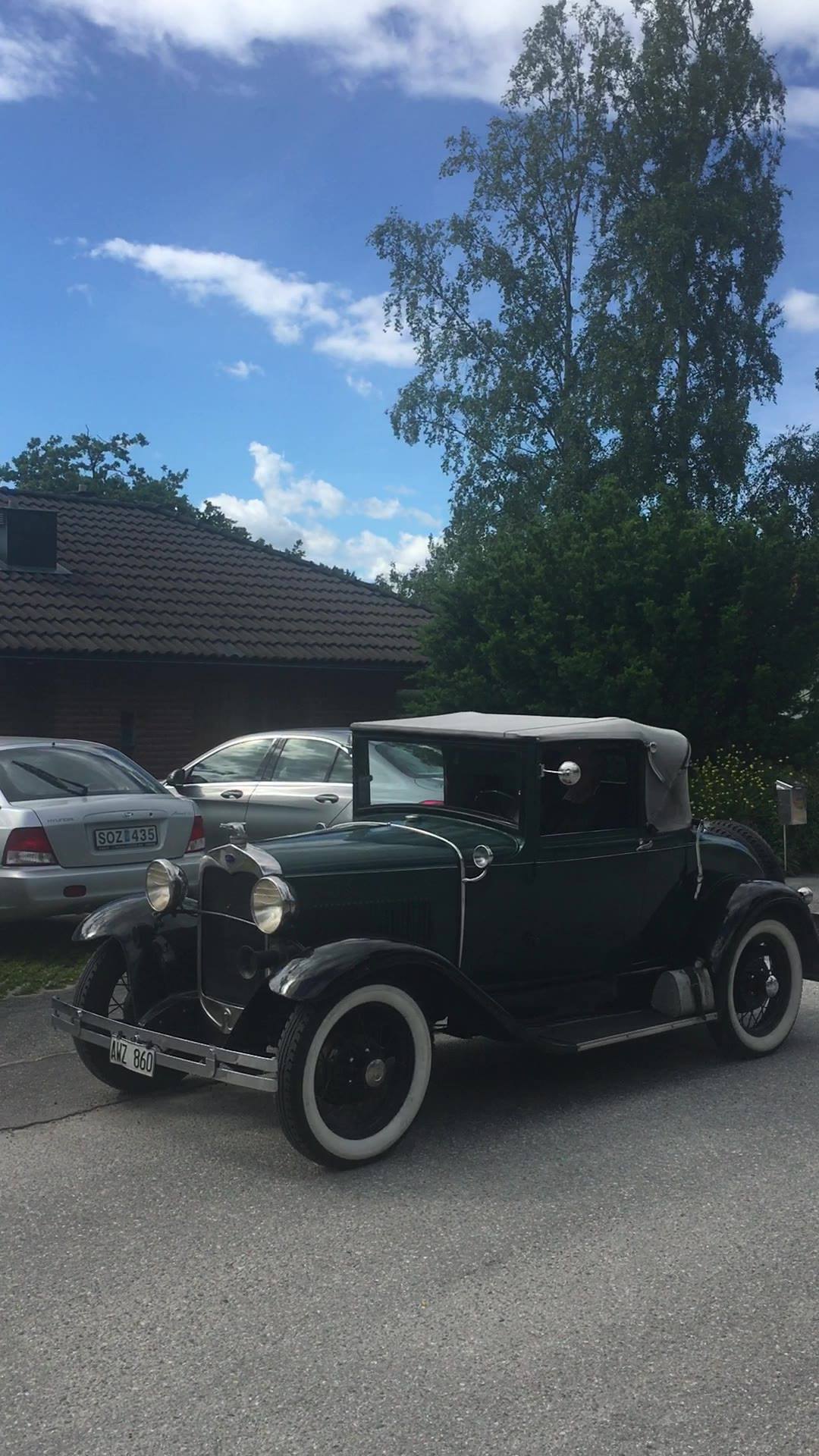 We are home both of us. What a fantastic model A I've got, all the way round the world with just small complains from the A, e.g. rear axel in India, head gasket in Panama. Finally great thanks to...

Sounds like he had a wonderful time… (never mind the twits) … what car is he touring with ???

It’s a Model A Ford. It was an incredible trip, I can’t imagine many people attempting it in a modern car.

When a friend of mine went to the swearing in of new citizens in Texas, I advised him to take a GPS with him so that he would find home. Luckily he took my advice. That’s how bad it is.

In 2016 my daughter’s boyfriend and 3 pals did the Mongolia charity rally. A 35 day road trip from the UK to Mongolia to deliver a car or truck suitable to be used as an ambulance.
One of the many contingencies was dollar notes for bribes. They were asked for a 100 dollar bribe at one point,much more than normal. When Olly protested it was a bit steep he was told ,‘if you dont pay you’ll be thrown in prison for rape.’ They paid. Conversely in Azerbaijan a police chief took them to dinner and gave them his card in the event of any trouble.
They had a fantastic time and met some wonderful people.
His international driving licence was interesting!

Yes, eminently fixable with no more than a lump hammer and a bent screwdriver,

“Timothy Cole - As most Americans have no interest in the rest of the world why should they know the name of any countries.”

It would be very handy given their keenness to engage in wars of “regime change” all over the world.

Given that Americans travel widely and many countries enjoy the benefits of their spending I would have thought otherwise!

How can Americans travel ‘widely’ when two-thirds of them don’t have a valid passport?

How can Americans travel ‘widely’ when two-thirds of them don’t have a valid passport?

The figures were discussed in this article on the BBC news website.

To be fair the USA is a large place which is a long way by air from just about everywhere else so the need/desire to travel abroad for holidays has been small.

When we were in LA the buses had screens with questions about other US states. My daughter and I knew very little. Few Americans use buses(only the poorest) but we thought it was a good idea. Perhaps they should extend it to countries.