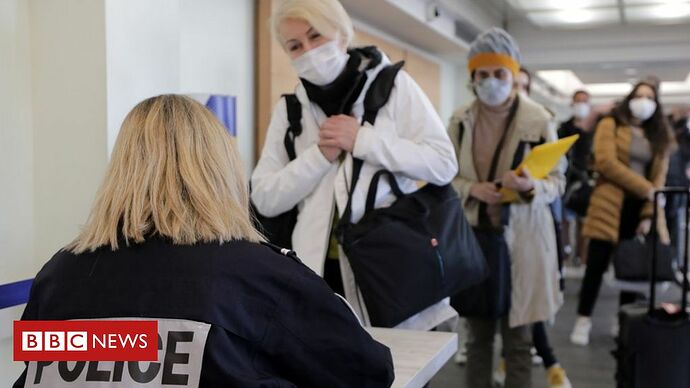 A "compelling reason" is no longer needed to travel to and from the non-EU countries, officials say.

Excellent - I can get INTO France

All I need now is to be able to get OUT of the UK!

Still have to have a bloody test though

This sounds like a horrifically bad idea given that France’s ICU capacity is 75% occupied.

Are you sure about that figure @NotALot ? ICU occupancy is quite low in the departements around where I am and hasn’t budged for quite a long time - perhaps it’s “just” the worst affected ones like Paris? Happy to be corrected though… 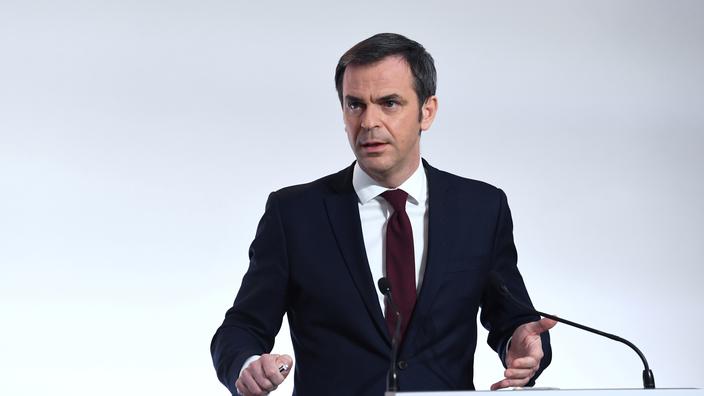 Thanks Tim - I understand now - 80% of the “initial” 5000 capacity before they factor in the extra stuff that took it up to 7000 (or was it 7500 - I can’t remember). Are they implying that the extra beds aren’t really available? Puzzling…

Some patients from northern France being sent to Belgium, apparently, to free up beds.

Not sure I would WANT to come to France at the moment.

And numbers still rising. Why on earth relax border controls now? Especially to countries with more variants than in France.

Not sure I would WANT to come to France at the moment.

I think it is safe to say that I’ll avoid the Pas de Calais; Brittany isn’t too bad - besides the ferry we have booked is not for another 11 weeks and a lot could happen in that time (for better or worse).

But, despite the risks, this one announcement has gven me more joy than anything recently - I was genuinely of the opinion that I would be stuck in the position of being able to leave the UK but not enter France (still might happen, of course, have to be realistic).

I found this clarification on a travel website. Unfortunately the change affects only French citizens.

Even though I’m in the US and our country wasn’t included, I’m as disappointed as you British residents in France must be to learn it doesn’t ease travel for everyone from the affected countries.

I found this clarification on a travel website. Unfortunately the change affects only French citizens.

Even though I’m in the US and our country wasn’t included, I’m as disappointed as you British residents in France must be to learn it doesn’t ease travel for everyone from the affected countries.

But French citizens could always return, couldn’t they?

Reading the article on the Local, First the announcement by the foreign ministry that, from tomorrow, people travelling from 7 non-EU destinations including the UK, New Zealand and Australia will no longer need to prove a ‘vital reason’ for their journey.
Unfortunately, coming to a second home is not covered.

Unfortunately, coming to a second home is not covered.

The new travel regime comes into place on Friday and means people can travel between France and the UK for any reason – although they will still have to present a negative Covid test and travel certificate at the border.

Anyone got a link to the actual announcement?

Jane, your 2nd link just confirms that the ban is completely lifted for the UK.

From March 12th, some extra exemptions have been added to this list. […]

From March 12th, seven non-EU countries have been granted an exemption, meaning that people can travel to or from these countries for any reason and do not need to prove that their trip is essential.

Yes, I’m hoping that vaccination has started to have an impact and French numbers will drop - they are a bit high at the moment but we don’t need to get up close and personal with anyone and we’ll both have had two shots by then - both of mine are done and my wife’s 2nd will be due before we leave.

I was sort-of hopeful the UK restrictions would be lifted early enough to allow a quick trip before we go as a family but I think they are still saying May 17th before travel is allowed - which is less than two weeks until the date we plan to go anyway.

That just leaves me hoping that the need for testing will be less by then, especially for those who have been vaccinated as 3 tests both out and into the UK won’t be cheap - but that’s a) unlikely to happen and b) won’t stop us travelling.

I note todays news regarding Italy going back into lockdown. If you do manage to get to your home in France safely - but for some reason the situation then deteriorates in France (and it goes into full lockdown), what would your legal position be re: returning to the UK?

Oh dear, stuck in France and unable to return - Quelle horreur (not

<serious-mode=on> Generally returning to a primary residence is viewed an acceptable reason for travel, but remote working would not be impossible.