On 2nd thoughts, spritzers possibly fine for the next couple of weeks, after that only gin will do 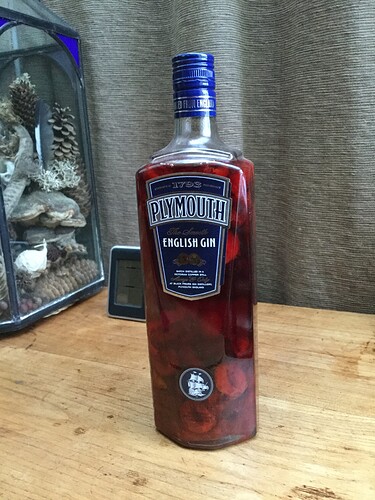 Thank you to everyone who replied to my post regarding the spreadsheet and for your kindness in dealing with my stupidity… My excuse is that I was having a VERY bad day, couldn’t see the tabs at the bottom and went to bed extremely early

It’s slightly encouraging in a way that the people who did apply in my departement have mainly not had a response yet.

@toryroo I have a book with some amazing cocktails - about half of which are made with gin. Can’t drink them at the moment, unfortunately but they really are brilliant (and I don’t even normally like gin…)

Good news @toryroo , for your records, my partner just had a call from the Prefecture at St Lo for his RDV. (They tried to link it with mine, but mine was different so I’ll have to wait a bit

) It’s for next week so they are obviously working their way through, which is a relief…

I had my RDV last week and mentioned to the fonctionaire that my wife was concerned that she didn’t have an appointment. She checked her screen and sure enough, no appointment. She said she’d phone us later and did so, with an appointment at 8:20 this week. We later figured she’d come in early to shoehorn in that extra appointment. We all slag them off from time to time, but there really are some nice people working in public services!

What department are you in Brian?

In 33 Gironde - my card has arrived., my wife’s arrived about 3 weeks ago.

As the person who began this thread in January, I’m posting to say that the card turned up in registered post today. So here’s the timeline:

So in the end, all went well.

From the moment I was contacted in March 2021 the system was pretty smooth, communication good and the appointment at the prefecture only took about 15 minutes…it was very well organised and the person who dealt with me was polite and efficient.

What could have been better was the communication (or absence thereof) between the first application and the response by email over a year later. As the deadline drew nearer this became quite stressful (see original post).

The other gripe, is that they left me over a year with no info, then gave me 8 days’ notice that I would need to show up with my birth certificate to complete the procedure. This triggered something of a panic to get my hands on it, as our home was being renovated and it turned out to be in a file at the bottom of a huge bag under a pile of other bags in the garage!! More stress…

Thanks to all who have posted help, advice and shared their experiences here.

For those still waiting - stay cool (!) the system seems to be working… Make sure you have your birth certificate (with both parents named on it), passport, proof of address, and 1 recent passport photo ready in advance.

That must be such a relief, Martin! Well done and I am sure your experience will be encouraging for others too

I can’t remember which Prefecture you were dealing with…?

Thanks Martin! Not an area I know at all…

I think that must be a record! Perhaps they have a second person on the job

From this it seems to be good in places like the cutates egg. According to a contact who runs a help center in 22, Cotes d’Armor the team in Saint-Brieuc are still dealing with applications made in late November and for those like us who applied in mid Dec’ are unlikely to be seen until late May, early June.