My excuses it isn’t the best pic but it wasn’t the smallest visitor and I didn’t want to spend too long.

My dog Lexi had her nose stuck by the gate just now.

Thinking it was maybe a stag beetle I went to pull her away and got a bit of a fright. It had round pupils so I presume not dangerous?

Last week a giant coypu had got stuck in our garden. It pays to pay attention before letting the dogs out! Ps we opened the little gate by the field at the bottom of the garden and the coypu eventually made its way out. The snake is still there! 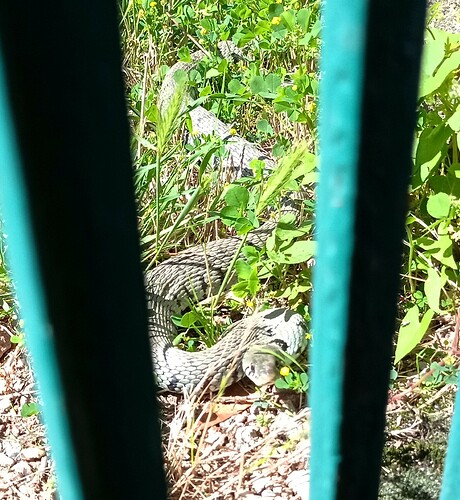 You’re right, Not dangerous. Looks like the snakes we get - western whip snake. They can get pretty large.

Here’s our latest visitor… he likes hiding in the hedge and coming out from time to time to zoom around. 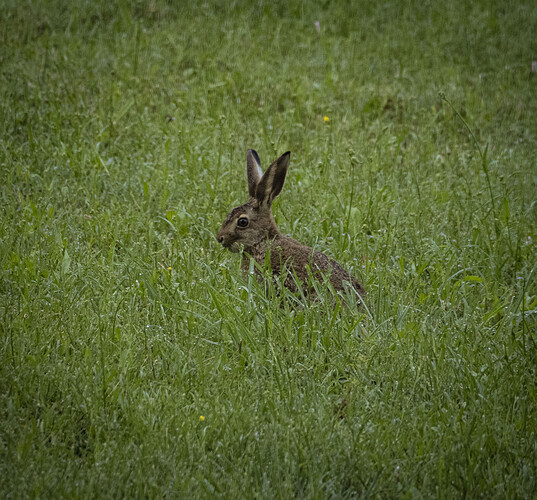 What a beauty!! I get lots of orvées in my garden and a few vipers but I’ve never seen a whip snake around here.

Hope it’s not too scary with the vipers. Do they have very set conditions they come out in?

Do they have very set conditions they come out in?

I only find them in the top garden near the wall when it’s sunny so I tend to avoid the area and make plenty of noise when I do go up there. To be fair I usually have a buzzing rotofil going so I’m pretty sure they don’t stick around for long.I saw them when I first bought the house as the garden had become like a jungle during the sale. Now I keep the grass short, they’ve probably gone looking for a more welcoming climate.

Here in Manche, out in the greenery, I have been most surprised to have seen only two rabbits and no foxes in the 9 months I’ve been here. Similar country where I lived in Devon was heaving with rabbits, making it fox heaven.

There are foxes. My landlady saw one in the neighbouring field relaxing after killing three of her chickens. But, unlike London, where they stroll about as if they own the place, I’ve not seen one, though a house down th lane is called ‘La Renardiere’.

But I do have insect wildlife to keep me and my camera entertained. I saw one of these 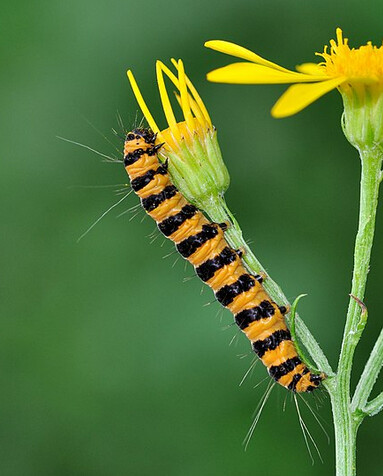 I checked it out - The Cinnamon caterpillar - in case it’s one of the dangerous ones. It’s not. It turns into a lovely moth 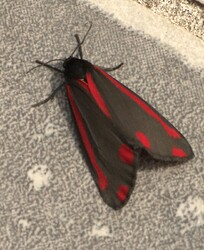 Then there’s The Black Bombers. 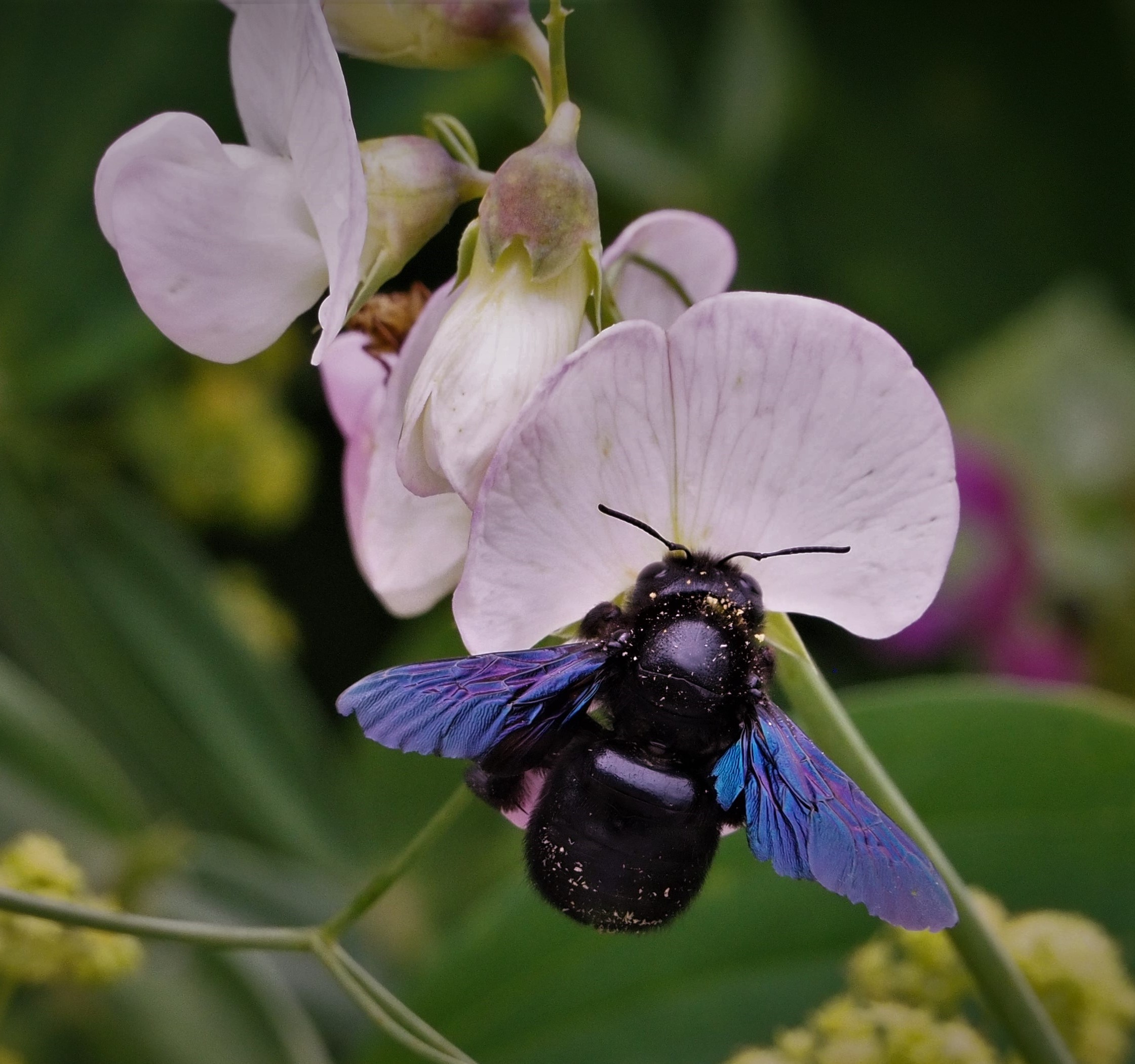 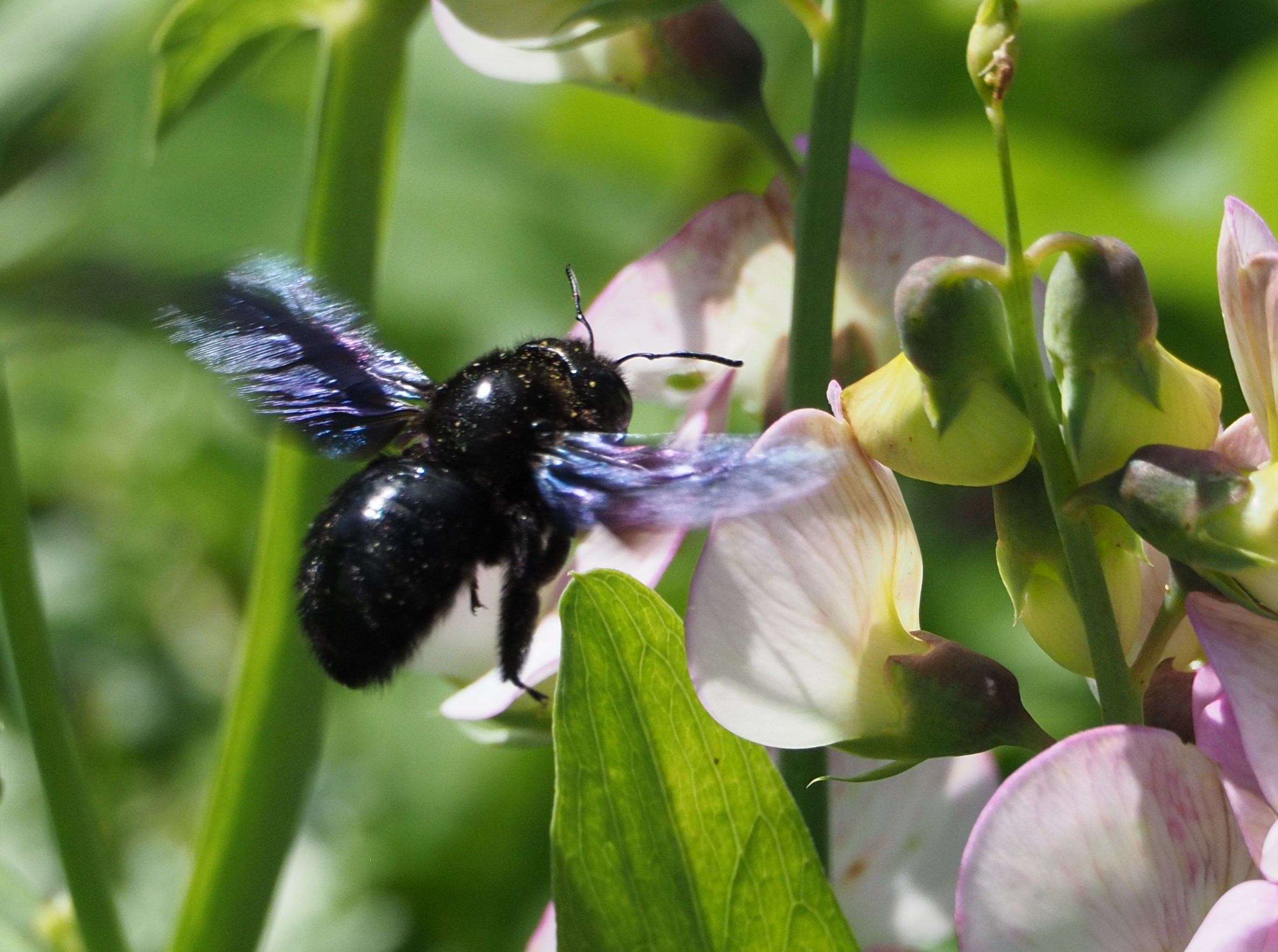 And the glamourous end of the insect world. 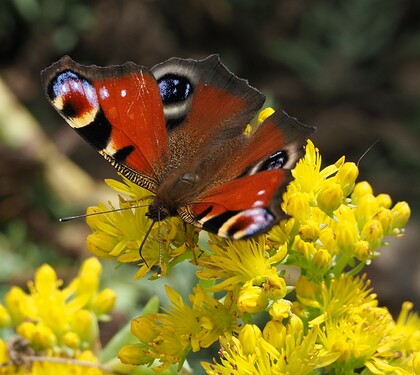 When the insects have all gone home I shoot the sky. 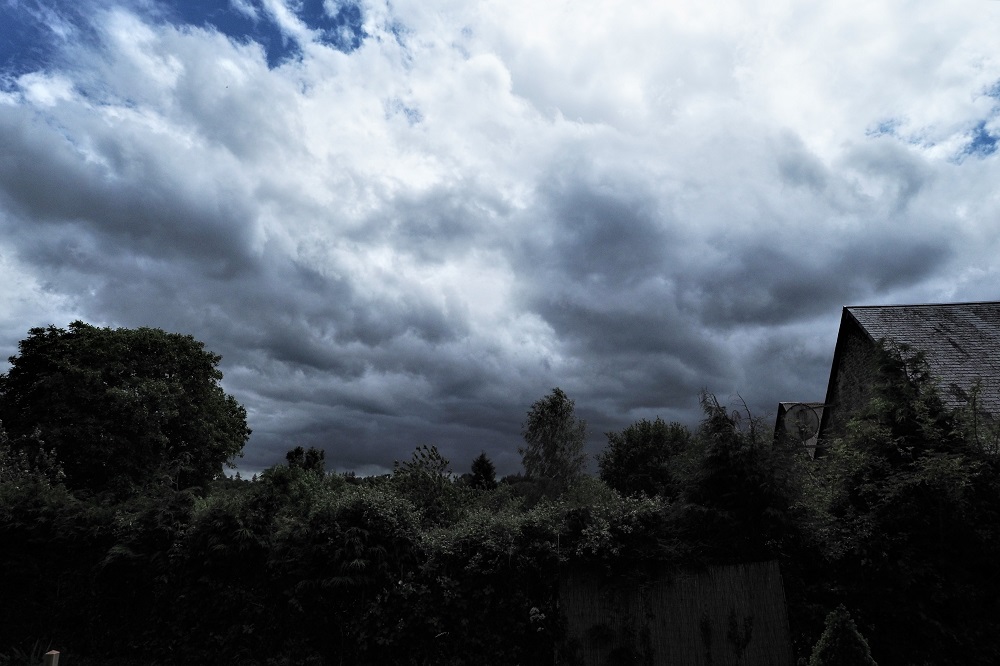 . I saw one of these

One of these what, Christopher?

As above? With stripey jumper?

One of these what, Christopher?

the caterpillar he posted the pic about

I saw one of these

How strange - the photos weren’t there a moment ago. Now I understand. Thanks @toryroo

The caterpillar is a snip from the I/net. I had a glitch with my camera - get a setting wrong and it takes a good while to work out the problem: The options are monumental but the results can be astonishing.