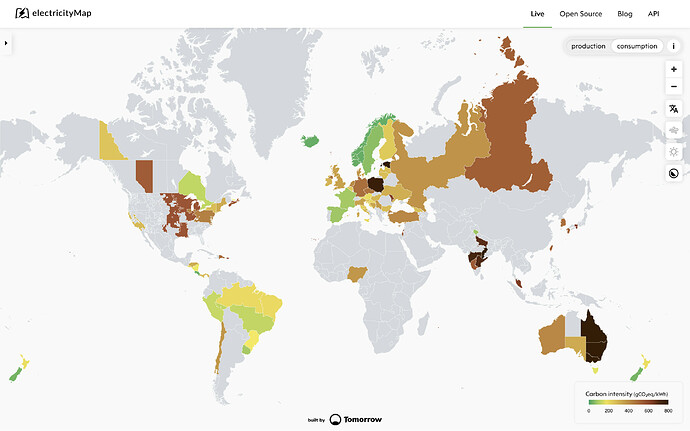 electricityMap is a live visualization of where your electricity comes from and how much CO2 was emitted to produce it.

France appears to be commendably green.

Although I think this is because there is a preponderance of nuclear - personally I think it has a bad press but not sure the environmentalists agree.

Yes, France stands out among the rest and is exporting. Around 74% of electricity generation is nuclear - zero CO2 emissions. Around 7% is hydro.

If you tap on the country a breakdown pops up. France looks about 80% nuclear. Poland is about 80% coal!

That’ll be because the coal deposits in Poland are so close to the surface, you can almost plough it up.

Colour me shocked that China has not supplied any data.

Fascinating. Australia has outdone itself in how appaulling it is

Other than the couple of areas that made it into top spots on the whole list!!

Nuclear is almost CO2 zero… Yes, it has it’s own waste disposal/containment issues, but France is about 89% nuke power, they seem to handle the waste without mass protests all the time
Friends live 5km from a nuke generator near pont st esprit… there are no issues they know of…
They do know if they hear the air raid siren. it could be game over

As I said nuclear gets a bad press - largely because of well known significant incidents such as Windscale, Three Mile Island, Chernobyl and Fukushima - but press people and I’ll bet they can’t name many more. It’s the same problem that leads people to be wary of aeroplane flight but blasé regarding the risks of travelling in a car because most road accidents do not become national news. 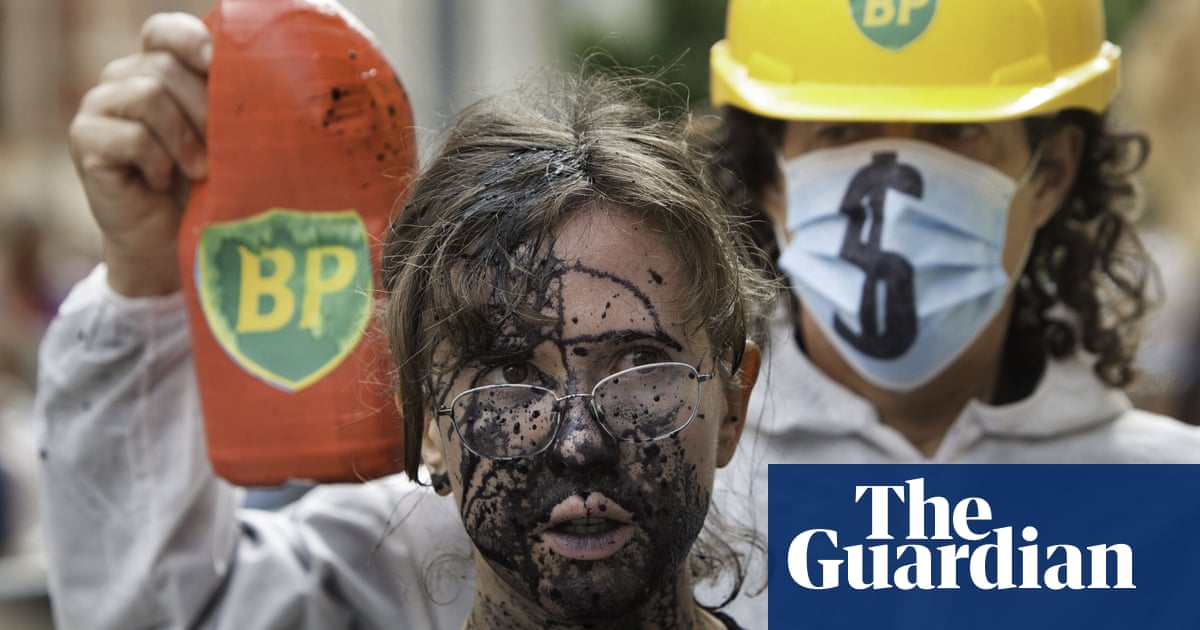 Why scary? We are at a point of no return on climate. The big rich and powerful oil and gas industries are finished and although they keep trying to push hydrogen they just cant win on that either.

As I said nuclear gets a bad press

Whilst it has been necessary the cost of these plants is often hidden from view and then the huge decommissioning cost also. If the total of those two was spent on renewables you’d even get some change. Studies by Cambridge have outlined this on a documentary I caught a while back.

This posting topic has come at the same time as the annual energy price reviews. Of interest to me from my job in UK ; the first thing that springs to mind is the obvious question: why has the price of electricity in France gone up so much?

Many euro countries - and particularly UK - have seen the same or more (UK) price rises. All put down to the large increases in price of gas to Europe from Russia.

But gas is not used for electricity production in France.

Could the UK price of electricity have something to do with that company over there that supplies a lot of it, They call it EDF but for the life of me I dont know what the letters stand for

We’re paying a lot of taxes. 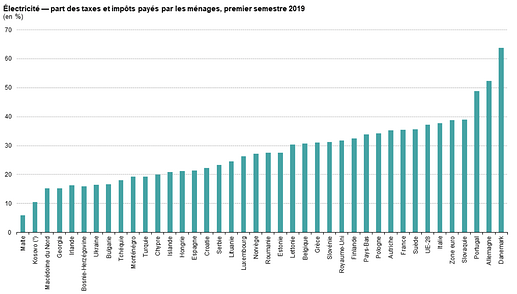 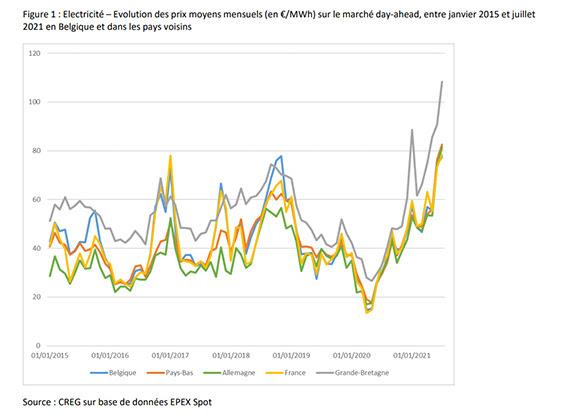 Much easier to understand

A mixed supply from nuclear and wind/ solar is probably the future. Nuclear fusion may be the future but we need to have something before it becomes readily available for commercial energy production.

China is about to test their thorium reactor. 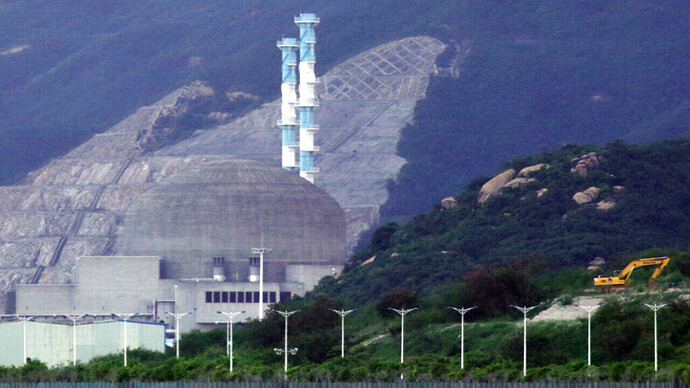 Why China is developing a game-changing thorium-fuelled nuclear reactor

China is poised to test a thorium-powered nuclear reactor in September, the world’s first since 1969. The theory is that this new molten-salt technology will be “safer” and “greener” than regular ura…

Renewables such as tidal and wind energy can’t be relied on 24/7/365 as this year’s blackouts during the Texan cold snap have shown. You have to have another way of generating emergency power that isn’t weather dependant.

The Texas blackout had multiple causes - structurally rooted actually in the extreme for-profit exploitative and poorly managed generation industry they relied on - but the immediate cause was actually the failure of the largest power source in the state, at the South Texas Nuclear Generating Station - after a small section of pipe froze!