How wrong can you be?

We knew Brexit would be disruptive.

We knew it was a bad idea.

We worried about delays to processing paperwork at hugely busy border crossings would lead to miles of paperwork.

Did anyone predict that the fishing industry would last about a fortnight or that EU hauliers would simply say nein, non, όχι, nie, não or just plain “no” when asked to bring goods to the UK? 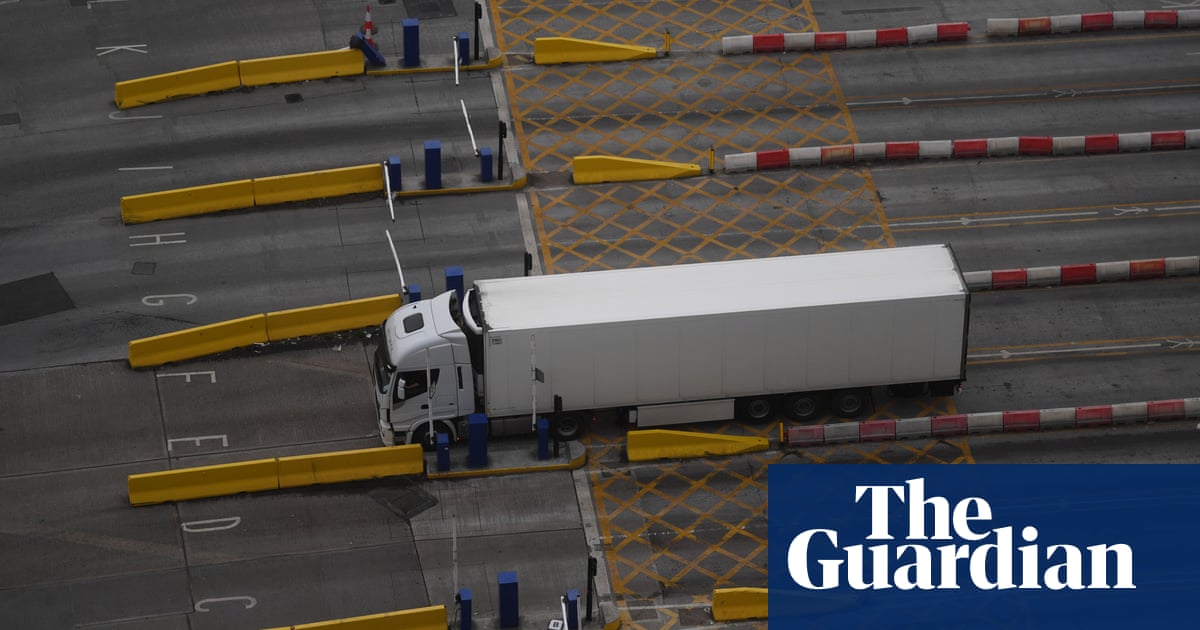 but look on the positive side @ptf
The UK can export blue cheese to Japan (who don’t eat cheese). World beating!

But the emphasis was put on tariffs and if you are as old as myself, you can remember all the visas and extra hassle of being a private citizen going to Europe, not even an exporter of high value perishable goods.
Ostrich behaviour yet again, head in sand.

I remember in the early 80’s that I could come to France without a passport, just a bit of paper (form) from the Post Office & a photo stuck on it.

That was a British Visitor’s Passport that you could get from the post office on production of your birth certificate and a photo. Only gave you entry to a couple of countries for a couple of months max. They were so easy to swap photo and forge that they were stopped in the late 80’s (maybe later., not sure) .

They were great as cheap and allowed us the leave the Uk without investing in proper passport.

Yes, that must have been the one. Maybe our PO didn’t ask as I never had my Birth certificate before I applied for a passport in the very late 80’s. From the age of 16 I traveled in France, Belgium & Germany on them, no-one checked when leaving to go back to the UK.
Not sure if still valid but at around the same time I traveled to Ireland on my driving licence or credit card (both without photos). Ah the good O’l days!

I travelled to Ireland in 1956 with no means of identification at all (but was spat at when I asked some elderly Irish gentlemen directions in a small town in County Wicklow). The Good Old Days indeed! The oldies were gathered round a war memorial, I should have shown more delicacy, but I was young and naive.

God thinking of that time brings back many happy memories.
You didn’t have to have a ferry ticket, just stick out your thumb at Dover docks & lorry drivers would pick you up so you could get on the ferry for free. & on the return trip in Calais, Dunkirk, Ostend or Zeebrugge.

I used them in the early 90s but didn’t leave the UK from 92 to 96 ,when I then needed a passport I had to get a ten year one

From the time I was a baby I went back and forth between Scotland or London and the Côte d’Azur about every 2 or 3 months, with my parents or sometimes without them - I often went as an unaccompanied minor with a label around my neck. I had a natty little BEA badge and an Air France one made out of some thick tinfoil. And a special passport and ticket bag to be kept around my neck at all times.
Once I was 7 I did it completely by myself. I always had to produce my relevant passport - it was drummed into me that I should use the UK one in the UK and the French one in France, sometimes I had to produce both. In the British one you had to put how much money you were taking out, I think.
The customs people especially at LHR were always very thorough and searched my bags even though I always used the green channel - perhaps children were used as drug mules back then. They didn’t really bother in Edinburgh or Nice.

I travelled to Ireland in 1956 with no means of identification at all (but was spat at when I asked some elderly Irish gentlemen directions in a small town in County Wicklow). The Good Old Days indeed! The oldies were gathered round a war memorial, I should have shown more delicacy, but I was young and naive.

Good to see you back,I was wondering if you were ok as haven’t seen you on the forum as of late, but seeing the resent postings I can understand… Maybe time for a Goblelly posting?
Hope all’s well with you & the Duchesses.

Good to see you back,I was wondering if you were ok as haven’t seen you on the forum as of late

Without wanting to hijack this and take it off topic, I used to enjoy the posts of a regular on here called Mike, I forget his surname, he just seemed to vanish a few months ago, early autumn I think, having been a pretty prolific poster seemingly. I wondered if anyone was in contact with him and if he was alright, it seemed very odd he just did a moonlight flit so to speak.

And on the same subject, has anybody heard from Stella?? 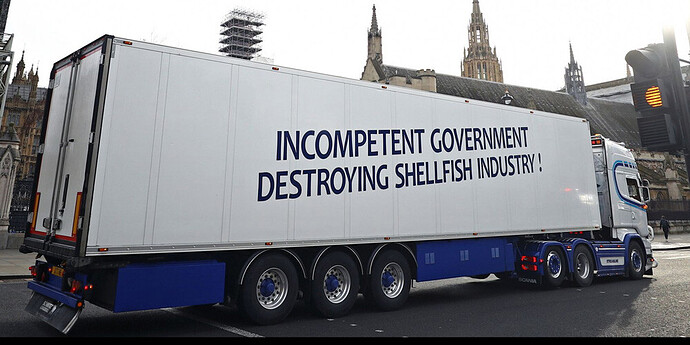 \ 550xauto1000×500 134 KB
We’re still not even a month into Brexit, and shellfish firms’ lorries are driving around Westminster to tell the government that they face collapse because of Brexit red tape. Their seafood is rotting and export firms are on the brink of bankruptcy.

The fish market at the Scottish port of Peterhead, usually Europe’s biggest, has become a ‘ghost town’, with Scottish fishing vessels landing their catch in Denmark instead.

A boat that catches a tenth of Britain’s cod and haddock has been stuck in port since 5 December. British pork is stuck rotting in the Netherlands. This is just a snapshot: there are a hundred more stories like it.

The government says these are “teething problems” caused by exporters “not filling in the right forms” – but this not true. Being outside the single market was always going to lead here. Meat and fish industries are some of the first hit, but won’t be the only ones.

While it may seem a bit technical, it is these sorts of practical issues that will lead Britain on the road to rejoin. Brexit is rotten – time to throw it out.

Bo Jo has now started a row with the EU because he refuses to accord the same status to the Ambassador from the EU as the UK does with sovereign countries.
How stupid can you be when you need to be sorting out problems with the EU, not creating more?

Bo Jo has now started a row with the EU because he refuses to accord the same status to the Ambassador from the EU as the UK does with sovereign countries.
How stupid can you be when you need to be sorting out problems with the EU, not creating more?

I caught that earlier - one despairs but we have a government determined to make asses of themselves at the moment and, unlike the USA, are stuck with them for another 4 years.

Ah but we have regained our sovereignity and, despite John Donne, we are now an island.