Is the UK on the road to economic disaster?

I suppose a mercenary view might be good luck to her, if it works other countries can copy, if it doesn’t, well we’re alright Jack. Does anybody think it will work? 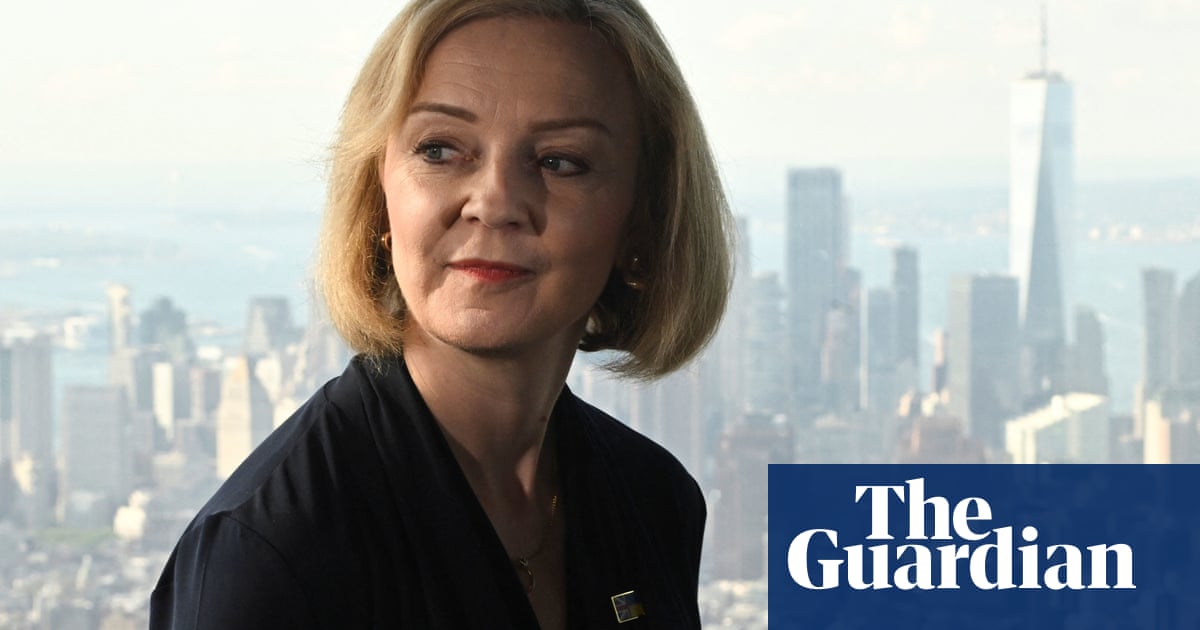 UK PM is reviving the idea that cutting taxes for the better off ultimately benefits everyone. The IMF disagrees

I feel there was an inevitability about this. Freedom to set off on the race to the bottom with deregulation, erosion of workers rights etc, was always the endgame. Brexit was the first big step down this path. If Boris had stayed on he might have taken longer to get there. It seems Truss cannot wait for showdown time. Perhaps it is better that way, either it will work or it will end in disaster and a change of direction.

Truss only has a couple of years so needs an instant response. At least she’s trying to change things, for better or for worse.

Alongside Larry Elliott’s analysis linked by John, other headlines in today’s paper don’t make easy reading (if you’re in the UK)… 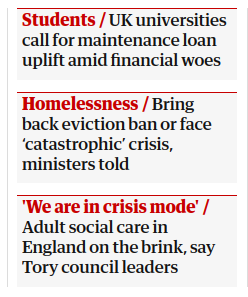 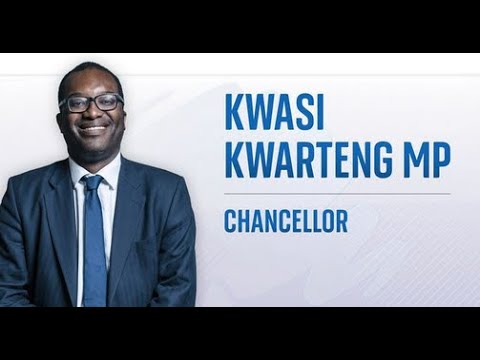 I know the IMF paper Elliott quotes. The following is an interesting graphic included in it: 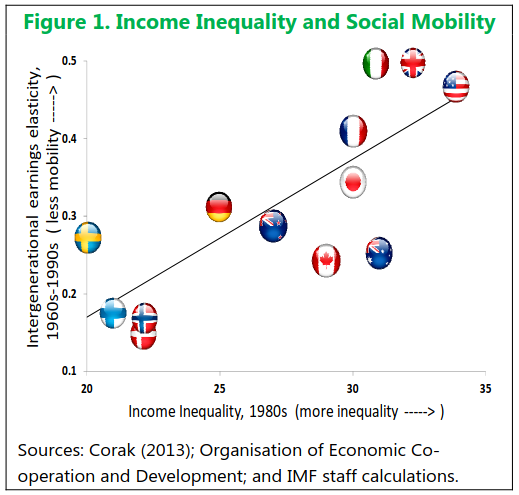 Of the developed economies plotted, the UK is already just about the worst - it is slightly less unequal than the US, but is less socially mobile (people are more stuck in their birth social class).
France does not come out that well either. The countries that do best - surprise surprise - are the Scandinavian economies that resisted hardest the ‘trickle down’ disease and pursued broadly socialist policies over long periods.

Elliott quotes one of the paper’s conclusions “benefits do not trickle down” - but perhaps not the clearest statement of the research findings:

In other words, actions that directly benefit the rich, rather than the poor, are exactly the opposite of what Truss should be doing, given her stated aim of boosting economic growth.

so needs an instant response

True, and I think the instant response will be to make her wealthy backers wealthier under the smokescreen of “growth” to benefit all. So my earlier impression that she’s just a useful idiot for the wealthy, the ERG et al seems to be sadly confirmed. By the time it all unravels she’ll be history too, so nobody ever pays the price for maladministration, do they?

either it will work or it will end in disaster

I hope it works, but I’ve very, very little confidence. I think it’s either just a cynical ploy to look after the wealthy and the rightwing tories or a reckless throw of the dice. 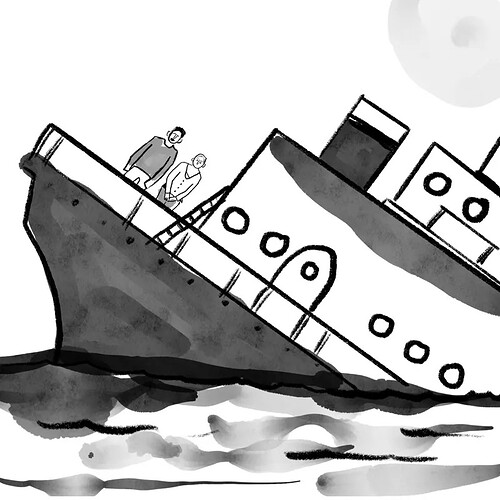 Name one British government that penalised the rich to benefit the poor.

Show your working and quote sources.*

she’s just a useful idiot for the wealthy,

Gordon Brown tried but didn’t understand the system. Loads of (mainly) women gave up work because the Working Families Tax Credit was made so generous. Others dependent on benefits had loads of babies because they got Maternity Payment for each baby - remember Karen Matthews?

I see stamp duty is set to be cut again so that people can move house and thus stimulate economic growth.
It has always struck me as scraping the bottom of the barrel when you rely on a lot of people moving house to keep the economy going.
Am I missing something here?

No - you’re dead right Sandcastle.
I haven’t read about this measure, but sounds to me like panic - trying to curtail a housing market crash rather than increase overall economic growth.

Am I missing something here?

Or even get a loan again in the first place like France is experiencing now, one in two applications are being refused when they would have been accepted a couple of years ago - report on TF1 a few weeks ago showed this. My nephew has to rent, cannot find at least £40k to put down in the UK to get a small mortgage and yet his rent is much more than a mortgage repayment monthly would be!

Totally agree, the system in the UK is complete madness and illogical, but that’s no surprise given everything that’s happened over the last few years. Thankfully all our children have managed to get on the property ladder and living within their present and future means, until Truss starts her destruction program!