I feel a great disturbance in the Force.

As if 16.1 million voices suddenly cried out in anguish, and were suddenly silenced.

I fear something terrible has happened.

You may have something there

But on the bright side…

Er sorry I’ve got nothing.

Feels like a bereavement…just an overwhelming sense of sorrow…

For balance this is simply superb: 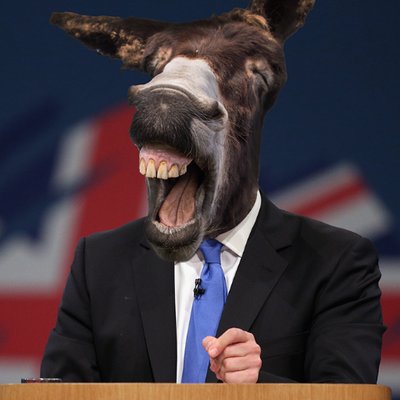 Hey @BorisJohnson and @Nigel_Farage, we just made Big Ben bong for you😉. Sound on. https://t.co/6wnxYi9BOU

I just went to the local tabac, & saw all the usual faces…
J-F asked me if I was staying ; I said “of course”
His reply was “bon…de toute façon, on te gardes…”
It may be too early to say, but maybe we’ll be okay
And BoJo can shove his Brexit up his arse.

Apologies for any poor French spelling

That’s your opinion but you cannot just expect intelligent people who have researched the facts and consequences to agree with your simplistic point of view.

It is what it is and we’ll have to see what the future brings, certainly nothing to be celebrated.

Apologies if this has been posted before on another thread, but it seems quite fitting here

A timeline of Britain's EU membership in Guardian reporting

From Britain’s first hestitant steps towards joining the EEC, via the 1975 referendum and the pound leaving the ERM, through to Cameron bowing to the Eurosceptics again, here’s how we covered the key moments

Not a bed of roses exactly, was it. Now it’s happened, articles like this can almost reconcile me to it and make me think maybe it is for the best. Still it’s a shame it had to happen like this, with Farage & Co exiting parliament on such a jarring, off-key, disharmonious final note. Would have been nice to leave with dignity and mutual respect but no.

One thing that struck me in the article was the lack of interest in citizens’ rights. Doesn’t seem to have ever been mentioned as one of the benefits of joining / staying in.

So when are you going back to good ol’ Blighty?

Why would I respect a decision which deserves none?

But not respect for the decision or those that miscalculated, lied and cheated to foist it upon us.

Ian McEwan speaks for us -

Brexit, the most pointless, masochistic ambition in our country's history, is...

The magic dust of populism has blinded reason, and damage and diminishment lie ahead

Getting on with my professional life has now become significantly more complicated. Every year, I will now have to show to my professional governing body that I am legally résident. I am furthermore no longer able to represent my clients before some EU administrations, despite having an establishment in the EU because of the condition of nationality of an EU member state attached to it. I will also have to check whether I will need a business travel visa to go and visit and counsel my EU clients outside of France, or be able to prove that I’m entitled to enter such a country to carry out business as an independent in a regulated profession. Please explain why I should simply accept that such fundamental changes to my professional life are a good thing for me. Can’t see any benefits myself and see no reason to accept what has happened even though I had absolutely no say in any of it.

It’s a howling outrage! It makes my pitiful concerns seem a matter of utter shame. I do hope you find a way though, Alex.

The solutions, as with most business decisions in situations of this type, involve significantly increased costs which I won’t be able to pass onto my clients, thereby making me economically less attractive compared to my competition, or else losing my independence and being forced to integrate a larger structure or become an employee, assuming that I would find an employer at age 50+. Some Brexit dividend ! So when Barrie says “suck it up”, I’m inclined to give him the proverbial English archer 2-finger gesture and several choice expletives.

see no reason to accept what has happened

How about accepting it on the grounds that the UK is basically a democratic country, and that what has happened is the result of that democratic process, flawed and imperfect as it may be.

result of that democratic process

I don’t agree such an important referendum normally has a threshold applied and be subjected to proper rules - this referendum was advisory only and therefore bypassed proper scrutiny.