There aren’t really many parties that appeal to young people though, you might think the greens would be popular but actually they are fairly oldschool and not necessarily as attractive to young people as they might be in other countries (as an elected friend of mine who is green said to me scratch green you’ll find red). Forget about the socialists they are still stuck in the 1980s. Mélenchon is more popular (they turned out to vote for him) but he’s still an old bloke in an old mould and as so many of these politicians do, he makes it all about him. He taught in lycée pro for years and sometimes it still sounds as if he’s lecturing his class, boring on and on. The rn are just ghastly but appeal to lots for the usual reasons: scapegoating, fear mongering, rubbish nationalism and legitimising an external locus of control when it comes to bad behaviour, poor performance etc. And only a moron would be anti Europe. Macron is rightly or wrongly seen as an élitist technocrat liberal.
So who is there? For the barely enfranchised who have had COVID to deal with (I think it has had and is having all sorts of effects we still haven’t yet really got to grips with) I am not sure that any one group really ticks all the boxes.
Being politically aware and engaged doesn’t necessarily mean voting if -in your eyes - there is nobody to vote for.

Being politically aware and engaged doesn’t necessarily mean voting if -in your eyes - there is nobody to vote for.

Indeed not. In fact, it could be seen as the height of political awareness - seeing politics today as failing people. I think that’s a problem that many countries are having (as mentioned by @Geof_Cox above) and people are turning away from mainstream politics and politicians, and towards more extreme (left or right) answers. It’s a vote out of frustration, desperation even, not a belief in the ideologies per se.

It’s the old joke come real isn’t it - if voting changed anything they’d make it illegal. People are seeing voting as a waste of their time. Nothing changes. In fact, for la vie quotidienne it’s perceived as getting worse.

Exactly @vero and @jwall - Looking around at my friends and neighbours I would say that the most politically aware, and indeed active, tend towards not voting - whereas those with little real awareness always turn out.
Who remembers the old hippy slogan? - ‘Don’t vote - it only encourages them!’

Voter turn out in my dept was high, comparatively. One of the reasons offered was that it has a high percentage of elderly. I’m still thinking about that. The elderly are more set in their ways? 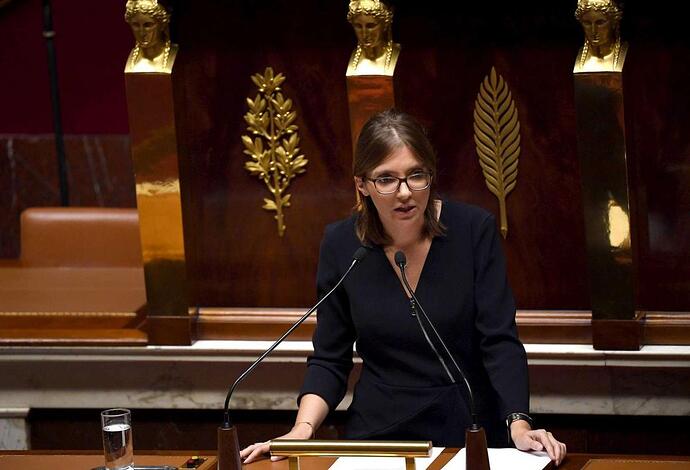 Hello almondbiscuit I’m sure you have been watching with interest, as l have, events unfold in the wake of the historic vote last Sunday which has resulted in the unprecedented rise of the right in French domestic political life. Some observers are even citing the RN as the legitimate opposition in the Assembly as the NUPES coalition fragments from the sum of it’s parts into individually led idealist groups. Whereas MLP has a tight, well disciplined parliamentary party offering a realistic challenge to Macron on a broad range of issues. I recently decided to start reading the Guardian, as it is the most quoted source for SF’s political chroniqueurs, in fact one could describe it as their political bible. In any event l have now got a much broader perspective of French politics and those in Westminster too…

i found this article particularly interesting with regard to the points you raised about NUPES being the legitimate 2nd placed party last Sunday;

Hard-left leader and heads of other parties invited to talks with Macron over stalemate, says presidential source