How’s this story playing in the French media - if at all? 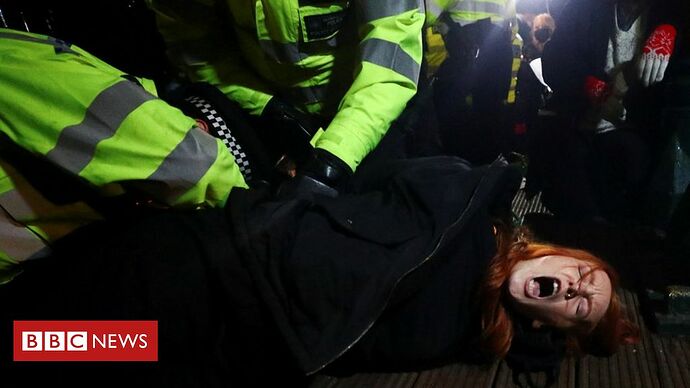 The police's actions at a gathering to mourn the 33-year-old are condemned by politicians from all parties.

33 year old walking through Clapham Common alone at night murdered by Met officer, the Met subsequently way too heavy handed in dealing with a night time vigil held in her memory. Twitter alight with discussions about the daily low level abuse and harassment directed at women by men as well as more serious violence (where women are the victim, men are nearly always the perpetrator).

Meanwhile we have the Tory government pushing through the new police, crime and sentencing bill which, amongst other things, gives the police significantly increased power to prevent any form of protest. 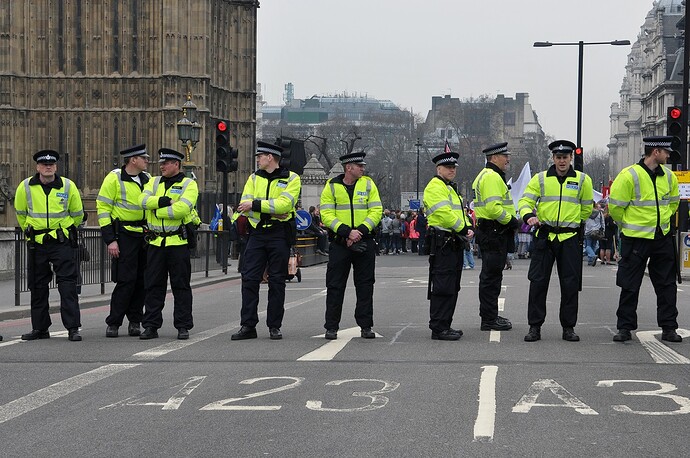 It is cancel culture on a statutory footing, directed against the left.

Quite a situation, isn’t it, when one thinks that a benefit of a move to France is less heavy handed policing.

Technically yes, innocent until proven guilty and all that - but, really?

Besides nit picking at that level misses the point so badly it’s somewhere outside Pluto’s orbit.

Er… didn’t the Police say, quite some time before the vigil, that it would be “unsafe” due to the pandemic. Even the organisers of the vigil reluctantly called the event off. Yet many decided to break the law regardless. According to the BBC, a Campaign group “Sisters Uncut” decided to go against all the advice. A quick glance at their website reveals a rather interesting attitude to the Police! So what are the Police to do? Damned if they do, damned if they don’t.

didn’t the Police say, quite some time before the vigil, that it would be “unsafe”

You’ve drawn that conclusion - I wasn’t at the vigil so I couldn’t say whether it was badly managed by the Police - or whether there was a level of provocation which justified a firmer hand - perhaps you were? I completely understand the reasons why those people - mainly women - wanted to be there and bring attention to the problem of violence against women. My point is simply this: they shouldn’t have been there in the first place…

My point is simply this: they shouldn’t have been there in the first place…

they shouldn’t have been there in the first place…

I’m pretty sure women should be able to walk the streets without fear of being attacked or even killed. Plenty of things should or shouldn’t be the the case.

Er… didn’t the Police say, quite some time before the vigil, that it would be “unsafe” due to the pandemic.

However the widespread view is that this was simply an excuse to disallow the vigil and was not consistent with other recent crowd policing decisions.

Handle it more sympathetically and not wind up with images of them forcing women to the floor being spread widely over social media would be a good start.

It is a particularly sensitive issue given that the (alleged) attacker is one of their own officers, and lets face it the Met have form for hasty, heavy handed actions.

More worryingly the government is pushing through legislation which will all but remove the right to protest, peacefully or not.

It certainly didn’t take long to find her body once they questioned him.

How about not employing someone who murdered a woman then heavy-handedly repressing women who protest about it, that would be a start…

It was only the Met that decided to police the vigil in this way.
Other vigils took place in the UK with police observing.
Time for Cressida Dick to go methinks and she can take Pretti awful with her as well.

Because of course they knew before they employed him that he would murder a woman . Rather a silly comment. But I agree with the second part of your post. It could have been handled more sympathetically.

Of course they did not know that he would be accused of murdering anyone.
But, he is one of their own and there lies the problem.

But, he is one of their own and there lies the problem.

The alleged perpetrator can not surely be regarded as representative of the whole body of the Metropolitan police?

So I question in what way your “one of their own” comment may be appropriate to the issue, Jane?

Procedurally the steps taken to identify apprehend and charge the alleged offender seem to have been timely and thorough.

The alleged perpetrator can not surely be regarded as representative of the whole body of the Metropolitan police?

No, of course not.

However many, if not all, women experience the world very differently to men - and largely view men as the problem, and are nervous about walking alone at night.

The fact that the (alleged) attacker was a policeman will make that fear even more acute given that the one group a lone woman should be able to approach for protection would be the police - the whole thing has undermined that trust.

Other vigils went ahead without drawing this response from police, the Met’s actions just smack of it trying to suppress perceived (and actual) criticism. 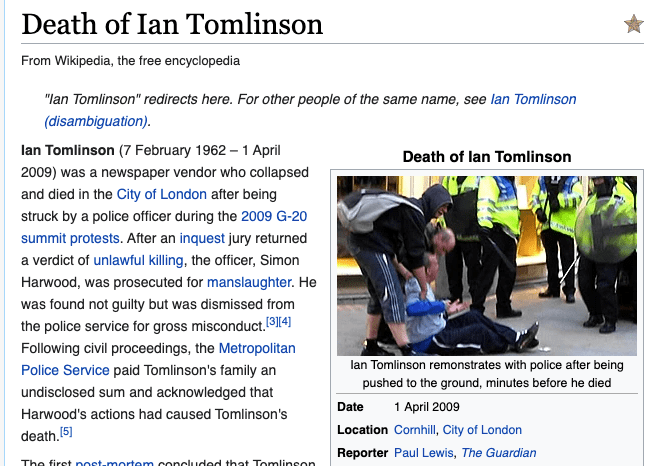 The ugly scenes from the Clapham Common protest tell us about wider policing...

14th March 2021 The scenes of the policing of the protest at Clapham Common last night were ugly. The scenes were also shocking. By ‘shocking’ I do not mean that they were surprising an…

’m pretty sure women should be able to walk the streets without fear of being attacked or even killed. Plenty of things should or shouldn’t be the the case.

I agree with that too… but they were asked not to gather together - for obvious reasons. In any other time than the one we are in now, it wouldn’t have been an issue at all.

How about not employing someone who murdered a woman then heavy-handedly repressing women who protest about it, that would be a start…

Really? So they knew when they employed him he was a potential murderer? They were stopping an illegal gathering.