Hi, anyone in the system who models. I have large layout and would like to chat, as i need a loco repaired. john

Sensitive subject! I have wanted a model railway since I was little. But my parents didn’t feel this was suitable for a girl, so I was allowed to build the landscape and towns/villages - even the stations, but no trains!

Jane, Hi, now is a good time to start again then. There are many ladies with model trains, on the forums i am on. Be easier second time, as you know how to landscape. On a serious note, the modern modeler runs his trains, by computer. Mine have chips, and you drive the train, not the track. Also, have some 100, normal ones, run the old fashionned way.

I have the same, but thanks to metal plates in my thumbs, by a super surgeon in Dijon, I am able to do most things. I used to wear custom made plastic supports, but now. Have you taken any advice on surgery. ‘Twas only a morning thing with local injection.

A very interesting subject! I think outsiders tend to view the world of model railways with a mixture of fascination, admiration and disparagement! Certainly there’s something very attractive about a simulacrum of the real world, but where everything runs precisely and is under control. Did english railway modellers predominantly vote for Brexit? I’ve no idea, but possibly not because they often display a slighty nerdy, but intellectually open interest in European railways and occasionally those further afield (though I’ve yet to learn of any Brit railway modellers with an interest in for example the amazing world of Indian railways - onthe other hand might this now be unacceptable cultural appropriation,)

The above certainly summarises my former view of model railways, but about fifteen years ago I was an invited speaker at Blackpool’s bid for World Heritage Site status - Don’t snigger - the bid was based on Blackpool being the first C19th working class holiday resort (this phenome, is part of an Open University BA module). One of the conference’s side events was a visit to the Blackpool Comrades Club, a club for military veterans, many of whom were of Polish or Ukrainian origin and had settled in Blackpool during or after WWII when it was the local equiv of Croydon’s notorious Lunar House (where immigrants have to reneww their visas). *

Anyhow, returning to the Comrades Club, it was an Edwardian building with several large attic rooms which were home to a huge model railway built by a club of local enthusiasts. The trains ran very precisely through various European landscapes and would suddenly pass through a hole/tunnel in an Edwardian attic bedroom wall into another re’created environment. However, apart from these surreal conjunctions or transitions, one also had the social dimension of a generational mix of controllers who all seemed to be over seventy or under fifteen (No! Not that! All very innocent!).

Sadly, I checked out the Blackpool Comrades Club before writing the post and discovered that it recently burnt down. Ironically, its railway associations are unknowingly still commemeorated on the Imperial War Museum’s website.

Thanks for raising the subject, model railways are an interesting and very multi-faceted phenomenon

my parents didn’t feel this was suitable for a girl

Awww. That’s a pity. I built towns and railways (albeit Lego) with my daughter. It
took up most of her playroom. Great memories. 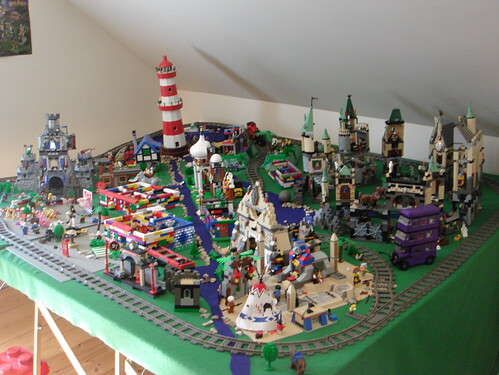 As a kiddie I was a Tri-ang not Hornby man myself. the third rail put me off

There was a time where I would’ve pointed you in the direction of my uncle, who ran a railway modelling shop and custom locomotive building service. Unfortunately, he has since retired and as far as I know his health no longer allows him the luxury of that activity.

I spent a very happy day in the attached in 2016. Impossible to exaggerate just how good it is.

Impossible to exaggerate just how good it is.

Same situation for me, Jane. My brother was given one (he wasn’t that interested as it happened) and I wasn’t even allowed to play with it as it “wasn’t appropriate”. I wasn’t allowed a chemistry set either, or to take things apart and rebuild them - boys’ stuff.

Mind you it worked the other way round too - my ex told me about his train set, which had, of course, goods wagons so he begged some beads off his mum to put in them. His father went beserk - called him a pansy, I believe… 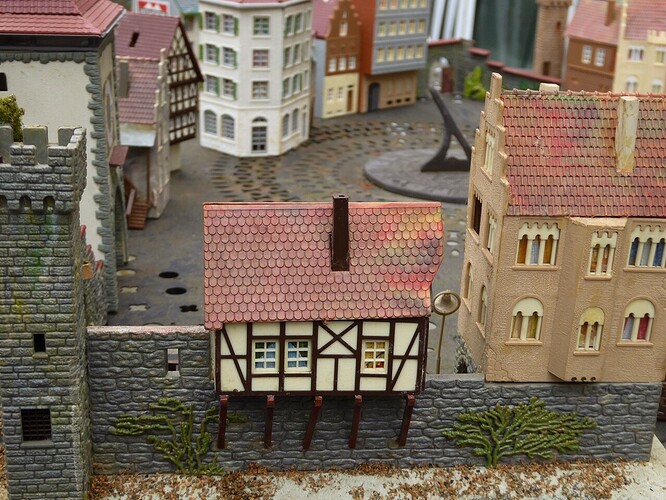 Popped various bits on the garden table just before I demolished them…good memories! But thinking back I wonder how much my memories of feeling happy and calm when building my models had to do with the fact I was bent over sniffing tubes of glue!!

Shame to destroy such lovely things…

Excellent post.
Even better still, our 7yr old is already waiting for the end of travel restrictions so we can go

Guess I better take him then.
Cheers John.

My dad made me a train set for my first birthday

With the lights that worked

Yes that’s it, and we still play with it

Should really look for some second-hand track to extend it

That’s the generation difference, isn’t it? Those of us who were children during the 50s were living through rather gender-stereotyped times

I always thought if I had kids or even godchildren, I would buy the girls chemistry sets. Unfortunately the only female godchild I had was terribly “girly” so wouldn’t have appreciated it…