The PC brigade are at it again. A blogger in California has said that the word ‘curry’ is rascist. According to her the word should no longer be used because of its ties to British colonialism.
It must be true, it’s in the Daily Wail. 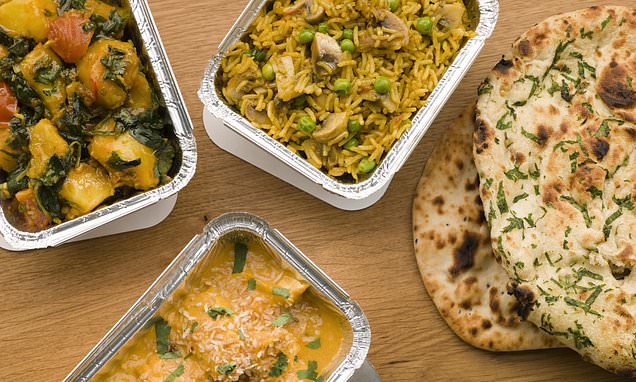 The PC brigade are at it again.

It must be true, it’s in the Daily Wail.

These two sentences seem to contradict each other. If the Daily Mail says anyone’s said or done anything, then it’s almost certain that they haven’t and so “ The PC brigade are NOT at it again.”

I’m pretty sure that the only thing which would offend the owners of the thousands of curry houses across the U.K. would be white people no longer patronising them because they were worried about being racist.

Can I just ask, do you both genuinely not realise what she has said? Or like the Mail are you both deflecting to try make some stupid point about political correctness? Because having looked at what she’s saying she’s making a very obvious point and saying nothing original or shocking.

I wince when I look at the supermarket shelf and see something called ‘curry’ because it’s like “WTF is ‘curry’?”, they have Pataks sauces here that are like in that, in the UK you get Jalfrezi, Korma, Vindaloo, whatever (not that those terms are often exactly authentic) but they actually describe something. The french Pataks seems to be “korma” and “Curry” or something equally as vague. The US is the same. If you want a curry and you’re not going somewhere that serves food from that region specifically it’s not unusual for the menu to say ‘Lamb curry’ with no more information on what sort of curry it is because they don’t have our long history and established Indian (again, not that it actually is) food scene.

She was stupid in mentioning British colonialism because it has given nutters on the right something to rant about, but the point itself that there’s not really some generic product called ‘curry’ is not only valid, but very obvious and hardly radical thinking.

It was her who used the terms ‘British colonialism’ and ‘white people’. Sounds pretty political to me.
Why can’t these people leave us alone to enjoy our food ?

You sound like you’re 100 years old there Peter, bless you

It’s lucky I didn’t then. The fact that you took it that way perhaps says more about you than me.

It was a polite way of avoiding saying the previous comment was just embarrassing and perhaps reflected more poorly on you than any comment I have ever read on here from anyone to date as it sounded like some ignorant nonsense spouted by a halfwit on an EDL march and I know that isn’t who you are, and it was less than 30 words long so that was quite a feat, and I was quietly glad that thank god future generations don’t have such idiotic notions. It felt like I was reading lines from an episode of Steptoe and Son where a bizarre elderly man said cretinous things even he knew were absolute nonsense just to get a rise out of everyone else.

“Why can’t these people leave us alone to enjoy our food ?” just made my toes curl when I read it, surely you can see how cringeworthy that is when no one is trying to stop you enjoying your food in anyway shape or form. As seems to be the case with some older people (and I say some as the vast majority of people on here are wonderful kind, caring enlightened, forward thinking people who put me to shame) there is a tendency to find some dangerous boogie man around every corner who won’t be happy until they’ve destroyed every aspect of their life, including stopping enjoying them eating their food. Only it’s absolute nonsense. It just made up. Made up to pretend that anyone who questions what white western people of certain demographics do or say are somehow trying to destroy society.

The whole topic is pretty embarrassing tbh, I was just trying to do my bit to make it obvious to anyone reading that we all didn’t have such ridiculous nonsense ideas, but I guess it’s just another topic I’ll mute instead.

Someone, please put me out of my misery… can I still tell OH that we’re having chicken curry for supper ???

Yes Stella, but for gawds sake don’t call it a curry.

I think that’s half the fun.

The lady in California was right about one thing. Curries and other dishes do change quite dramatically in India as you go around the place.
I do like cardamom so that’s in most curries I make, otherwise it’s a bit like bung it in and see what it tastes like !

The indian food looks delicious… and not what I would call curry anyway … so that’s a relief.

Despite only being 25 years old, I don’t think I can cope with unlearning/relearning English… all my brain is focussed on French… “le curry”

Many of the shipping companies I worked for employed Indian or Bangladeshi crew including the kitchen staff. A different curry was on the menu every day. The crew or non-officer staff had their own cooks and the curries they ate would have been too strong for our delicate European tummies.
Fortunately some of the older tubs still had a thunder box hanging over the stern….

The only thing ‘political’ in stories like this is the Daily Mail and other extreme right-wing propaganda sheets trying to stir up a ‘culture war’. It’s from the same gutter-press stable as Boris Johnson’s ‘straight bananas’ Telegraph euro-myths - and look where that got us.
Don’t fall for it Peter (or Graham).

I’ve expressed no opinion on the matter - merely posted factual(ish) references Geof.
BTW - shouldn’t that be “nor” rather than “or”

But, joking aside… I did have a preference for the Tandoor as opposed to the heavyily Anglicised sweet and sickly chicken tikka masala gravy

As for the original article - it was in the Mail and in was about something written by a 27yo American “food blogger”. These people thrive on advertising - self-promotion - and IMO best ignored.