Sherwood and 'ay oop me dook'

I watched the first 2 episodes of this new series with some misgivings last week because I have yet to hear any really accurate depictions of the East Midlands (and particularly Notts) accent on screen.

But I was pleasantly surprised by the result. The actors seem to have been well coached by someone who knows it. True there was a hint of South Yorkshire, but then that is normal, especially in the north of the county.

The plot was good but again I was prepared for worse. The emphasis was on the modern remnants of the ‘84 miners’ strike and I feared the equating of Notts miners with violent police actions and ‘terrible’ Tory Margaret. The one man in the village who couldn’t let go and continued to call his fellow Notts working miners scabs was not challenged by them apart from a brief violent reaction. I kept wanting someone to say ‘we are not the scabs, we who simply wanted a democratic vote to strike or otherwise, it is those who went north and joined the mobs who are the scabs’. But no-one did even though those did get their vote and voted against.

As soon as I saw that Alun Armstrong was in the cast I was dismayed, I have only seen him with his strong NE accent and occasional rather less convincing London one, but no, he got it right. As did most of the rest of the cast.

I will be watching the ensuing episodes and possibly finally putting to bed the excruciating assaults on what at a very early age became my home county by Albert Finney, Shirley Anne Fields and Bryan Pringle in Saturday Night and Sunday Morning all those years ago. I can only think that Alan Sillitoe was given no hand in cast selection or coaching.

Within the same era of

history I can recommend BBC2 ‘Pride’ for an uplift 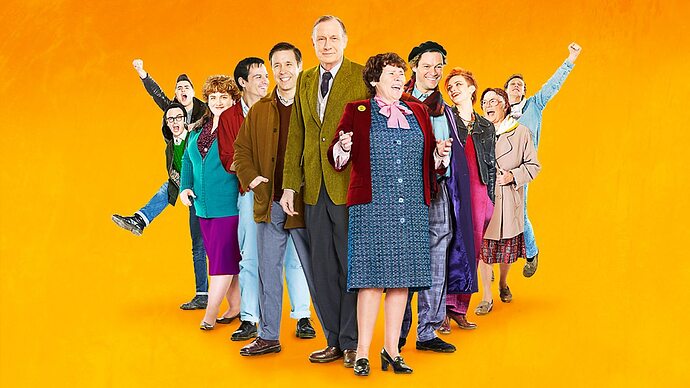 The era might be right but I find it difficult seeing things slanted towards the striking miners’ standpoint when so little has been written and produced from the other point of view.

Having suffered at the hands of the anti-democratic NUM and also other over powerful unions of the time, I have little sympathy for them.

It might surprise some people who know my views that I was once a shop steward involved in a nationwide strike.The lorry drivers’ strike of '69/'70 was similarly started without democracy in many areas of the country. As the steward at the Leicester depot of a NE haulage firm I was constantly bombarded by my opposite number in Stockton, but my colleagues voted time and again not to strike, as did all other drivers in Leicestershire.

Finally the TGWU ceased its wavering and called a national ballot which backed the strike and, as good democratic members, we all came out. My time was spent circulating round the gates of our major customers organising pickets to try and disuade drivers from crossing. No abuse, no violence, no intimidation.

Didn’t do any good of course, weeks of freezing round braziers, losing money and driven back by need with nothing to show. No wonder we voted against at the beginning. At the end I was offered promotion. Refused, of course.

So, the show isn’t about Robin Hood?

Closer than you might think, the link between him and a killing with an arrow was made.

Well after a day fighting with a non-functioning tv and then a semi-functioning smaller tv that for some reason won’t show BBC 1 E.Mids I finally managed to watch episode 3 on Yorks or something.

Then the storm came

and now I can watch nothing at all, including the last half hour of Sherwood.

I thought striking miners only killed people with concrete blocks.

Every day’s a school day here.

All the depictions of the Norfolk accent in tv series over the years have been terrible. All without exception have been West Country type efforts with no bearing to Nelson’s county.

Yes I always wondered why so many people emigrated from Somerset to Norfolk. Wasn’t the ‘Singing Postman’ an incomer? Or have I got that wrong?

@NotALot They tried with anything that came to hand. I have never crossed a legitimate picket line in my life, but I was lucky on many occasions to not suffer injury.

Wasn’t the ‘Singing Postman’ an incomer?

He was born in Lancashire but moved to Norfolk as a child.

So @Peter_Bird , how was his Norfolk accent?

Much the same as me then, Manchester born, Nottingham brought up from age 6.

I think it’s very easy to lose or change your accent. I was born in Norfolk yet you would never know from the way I speak and I put that down to upbringing, education and the people I mixed with growing up, I do though occasionally use unique Norfolk words or phrases on purpose which is amusing and often requires explanation.

Again, similar here, I never had a strong Notts accent, and indeed thought hardly any, but occasionally I have met people who know it and correctly place it. At home sometimes we put it on very strongly for fun and effect but even that is less on her part now as, although Nottingham born and bred, her illness now makes speaking difficult and almost unintelligible.

We are both the children of incomers, hers from Bolton and mine from Southampton and Manchester. My theory is that kids learn from their peers rather than from their parents, I do know that I was often corrected at home if I was speaking too ‘local’.

Neither of my parents had strong regional accents, both of their parents were from elsewhere. Fran’s were very interesting. Her Mum to her dying day in her mid 90s never lost a really strong Bolton accent, but her Dad, also from Bolton, died in his 60s having completely assimilated his Nottingham one.

He did have a genuine Norfolk accent though how.I h of that was ‘fabricated’ I don’t know.
I did have a strong accent which I had to lose quite quickly after moving away to work in the early 70s. I still have traces which will always be there.
Favourite Norfolk words ? 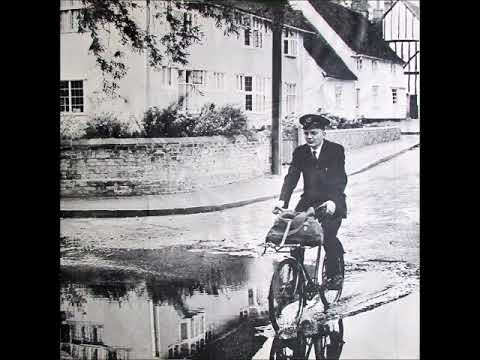 My accent is similarly all over the shop. No one has ever picked my pob (hardly surprising, I was 5 when we left) and subsequent moves, language accomodation and teenage battles for individuality/identity have left me with the mongrel I now have. Some keen eared folk occasionally pick some telltale vowel sounds.

I wonder if I can translate those. Post Office. Are you alright you old cark? Here he is.

In Notts it is mostly accent although Twitchell seems to fox many elsewhere (Alley in Manchester and I forget the others, which are numerous). Mek (make) Dook, not just a term of endearment but widely a replacement for Mate. Also Me is pronounced Meh rather than the normal Mee.

I lived very close to the Derbyshire border and Ilkeston (Ilson), just the other side, was much broader than where I lived. And not forgetting the very common use of Tha (Thou) and not in the French sense of Tu.

A very lovely part of the world Dave.

croggy divides. I started with croggy and then went to dub.

There are photos of me at 5 but no tape recordings. I’d be way more interested in what I sounded like than I looked like back then.

Indeed it is Pete

. I don’t personally object to Dave, was known by that for most of my life (apart from boarding school where I became Bud, started by a master who would say ‘come on Bud’ as I was the first bed when he awakend the dorm) but when I came to France I started to write it in full, David. 3 reasons. Daveed is easy for the French and requires no further explanation, with one son each with that name, Dave in Ireland is distinguished from Davey in Thailand and of course me. Lastly, although she never complained or corrected, a tribute to my Mum to whom I was only ever David. The last reminds me of a school friend, Kenneth Slater. Always known as Slate, when I called for him one day and his mother answered the door I decided to clean up my act and asked ‘is Ken in?’ The response was a very stern stare and the reply ‘his name is KENNETH.’

@jwall I have forgotten Snicket but am aware of sneck (close a gate latch). Croggy to us was a ride on someone’s crossbar, and Dub also escapes me.

Croggy to us was a ride on someone’s crossbar, and Dub also escapes me.

Same thing, different dialect. I always suspected dub was from double, as in 2 on the bike. A dub could be on the carrier. Was croggy only ever the crossbar?