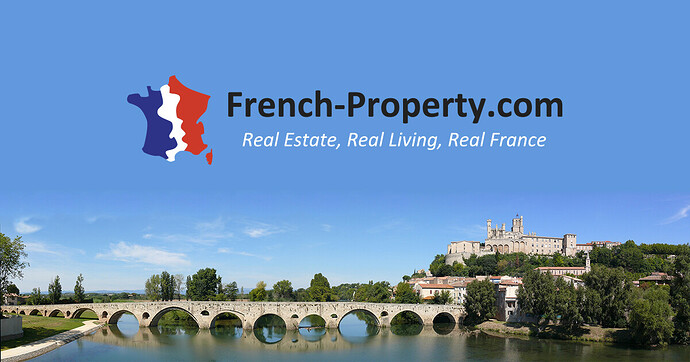 France is to substantially upgrade its speed camera network, but a campaign of destruction continues.

Huh, sneaky cars in our region!

Huh, sneaky cars in our region!

I would be more than happy to see camera in the UK or in France which enable prosecution of tailgaters. As for speed cameras, I do get the impression that at least here in the UK the majority are for fund raising

I would prefer to see cameras positioned where safety was the main consideration rather than the ease at which people might be caught. I have not so far driven in France, so I can’t comment on the situation there. Out on the open road in the ‘good old’ days there were police traffic cars with officers taking into account of conditions - time, weather and traffic. I would like to see a lot more police controlling bad driving rather than machines. I’m happy to report that I last collected a speeding ticket in the 70s.

That’s a very interesting question! Is there actually anywhere in the world that does this I wonder? Surely the deterrent is losing the points and so the threat of not being able to drive. Aside from the very short term pain point is the fine actually a deterrent to anyone? I’m not sure it’s really enough money to deter most.

In the UK now it’s usually points or lessons!

I visit my elderly mother in Birmingham once a week and I always feel a little anxious on the M6. Lanes full of cars and vans with often barely a car’s length between them at 70+mph. People weaving across lanes with no thought for safety. Traffic policing seems so unbalanced.

You should try the boulevard périphérique sometime

Speed cameras do have a role to play in increasing road safety IF their presence is advertised by signage AND they are correctly positioned immediately prior to sites where it is known that excess speed has been the cause, or a major contributory factor, in fatal and serious injury accidents. The objective of placing the camera should be to cause drivers to slow down to a safer speed and NOT to raise funds.

However, the speed camera can never be a replacement for the police officer in the patrol car. The camera cannot detect the drunk driver, the uninsured driver, the disqualified driver, the defective tyres, or the boot full of stolen or illicit goods.
Additionally, the camera is incapable of educating the offender as to WHY they should be obeying the speed limit in that particular place at that particular time, and it is the education of offenders which substantially helps in reducing the likelihood of future excess speed in inappropriate circumstances.

Here in western France I find that often the speed limits are set at meaningless levels especially on country roads. I have lost count of the number of times I have entered the area of a rural hamlet where the posted speed limit is 70 kph, but the nature of the road in relation to width and visibility makes anything over 40 dangerous.

Another problem is that the signs indicating the commencement of a 30 zone are so small, and often so poorly sited, that the driver often does not know that they are in a 30 zone until they see the sign that indicates its termination.

There is certainly a lot of work that needs to be done in relation to road safety in France, but plastering the roads with speed cameras is not the answer. Instead of employing drivers of unmarked radar cars it would be much better to employ some experienced road safety surveyors to set speed limits that actually mean something, and in that way, drivers would be more likely to actually keep within the limit.

IF their presence is advertised by signage AND they are correctly positioned immediately prior to sites where it is known that excess speed has been the cause, or a major contributory factor, in fatal and serious injury accidents

Back in 1990s I used to work as a Traffic Engineer in Bedfordshire - the placing of speed cameras then was done using exactly the method you describe. After assessing accident data and causation we could propose the installation of cameras, but only in Bedfordshire Police agreed with the analysis.

Unfortunately people (including me) do drive too fast and it is the reason for most collisions, excess speed also increases the severity of collisions. Not a popular view - but simple physics.

Speed cameras also has to be covered in yellow reflective material to warn of their presence - there was a minimum area of material that had to be exceeded.

Ha! Graham! I just mentioned that one in the thread about reinstating 90kph.

Unfortunately people (including me) do drive too fast and it is the reason for most collisions, excess speed also increases the severity of collisions. Not a popular view - but simple physics.

Now dont take this the wrong way Mat, but things can go very fast (in physics) but the problem is when they are out of position and thats what the human brings to the party…

Maybe you could answer one question for me? The louvres on traffic lights in the UK, who’s idea was that and whats it supposed to achieve?

I am very careful now, with an average of 80,000 kms per year until the end of 2019, I was particularly susceptible to accidental speeding, and hadn’t had an amende for 3 years until a couple of weeks ago when a lorry, the driver confused by an unclear road layout in extensive road works, stopped and obscured a temporary 70 sign in a usually 80 limit zone. I was doing 79.

Yesterday I traveled past Orleans on the A 71 where there have been works for a long time. That stretch where you leave the A 10 has always had a 70 limit, but now has a totally unrealistic 50 section as well. I have never felt so vulnerable, crawling at 50 and being approached and overtaken by vehicles, large and small, not even obeying the 70 never mind the 50.

And before anyone says that the section is well known to have no cameras, I saw on other parts of the network no fewer than 3 unmarked police cars rushing with their blue lights flashing. How many are on patrol completely anonymous?

The louvres on traffic lights in the UK, who’s idea was that and whats it supposed to achieve?

The purpose of these is to direct the light to the stop line that those particular lights refer to only and not other stop lines in a similar direction. The intention is whilst sitting at an alternate stop line you can’t see a nearby green light giving you the false impression to go. Long hoods are also used if to prevent the same effect at adjacent stop lines.

They do need to be angled correctly to work properly.

I used to live in Bath (left 2002). Notorious camera on A46 dual carriageway, well into the country, no nearby houses, nothing … 50mph speed limit.

Just looked on googlemaps … camera still there! Extreme left hand side of pic.

They do need to be angled correctly to work properly.

Clearly they are not, when I drove my van the higher seating position meant not seeing any visable light at all. This was exacerbated if there was a gradient down towards the traffic light. I really believe them to be more of a menace than anything else.

I do like the French approach of multiple height traffic lights.

Yes indeed - makes things so much easier when you are the one at the front of the queue! Does it occur in other countries too? Such a good idea…