I’m going to move the Starlink specific discussion over to a new thread.

I have looked at this recently: 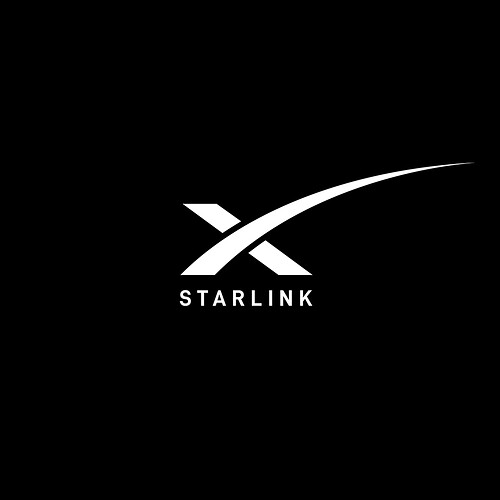 SpaceX is developing a low latency, broadband internet system to meet the needs of consumers across the globe. Enabled by a constellation of low Earth orbit satellites, Starlink will provide fast, reliable internet to populations with little or no...

Just reporting on my recent move to StarLink. So far very happy and the speeds are good, latency is 40-50ms which for most uses is perfectly acceptable.
Purchase cost of EUR 480 for the equipment (30 days trial/refund offered). EUR 50 per month for the currently uncapped service - there is talk of a soft cap of 250GB but we will not get near that so no concerns for me.
Download (using the Starling app to test) is averaging 180/220 Mb/s, upload averaging 20-40 Mb/s

@PeterJ any (known to you) outages during your current contract?

The app has an outages tab (last 24 hours)- 0.1+ seconds, a few but often less than a second. 2+ seconds - 2, 5+ seconds - none.
Almost all are reported as ‘Network Issue’ - problem between satellite and internet - self resolving.
We had an outage 2 days ago overnight - it was due to an update being pushed to the dish, lasted 4 minutes as it needed to reboot. Screenshot of recent test:

If you wondered about the difference between Starlink and Satellite internet, this video explains it well… 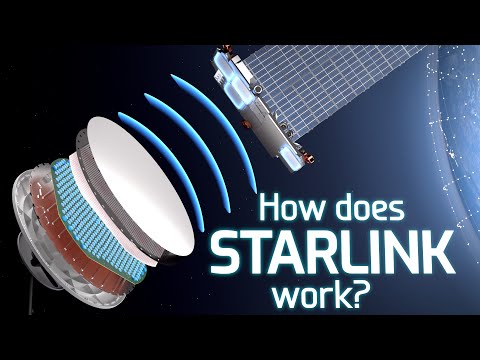 there is talk of a soft cap of 250GB but we will not get near that so no concerns for me. 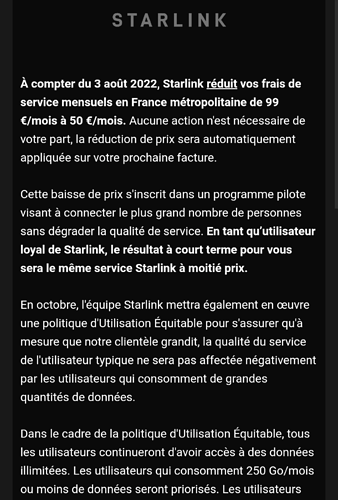 Starlink has introduced a soft data cap policy in France. What does it mean for US customers and Starlink in the future?

Starlink have in the last few days announced a soft cap of 1TB (per billing cycle - monthly) for US and Canada beginning December 1st.
Usage 11pm - 7am does not get included in the soft cap
I received an email yesterday from Starlink informing me that after feedback from users they have decided to not introduce the soft cap for French users of the service and that we can continue to enjoy the service uncapped

Thanks Peter, that’s really good to know.
Will that persist for new subscribers though?

As a matter of interest, do you know of the PoE cable supplied can be extended with a standard Cat 5e extension to the router?

The caps seem to be related to service availability and capacity - in some parts of the US they have seen slow downs of service due to too many users - also their RV service (allowing roaming) has caused some hot spots to occur as people move. The RV service is only sold on basic service (ie no priority of service).
They claim to not have any plans for further caps but they also now offer business levels of service (for a bigger fee) so unless they keep up with those demands we could see caps, but likely in the US and heavily populated areas they serve. My speeds are still 200+ dish to satellite and 60+ wifi to my phone most days.

The PoE cable powers the dish from the router so I would presume you cannot extend with a standard Cat 5e
They do sell a longer than standard cable as an extra - 150 FT. The standard cable is 75 FT. 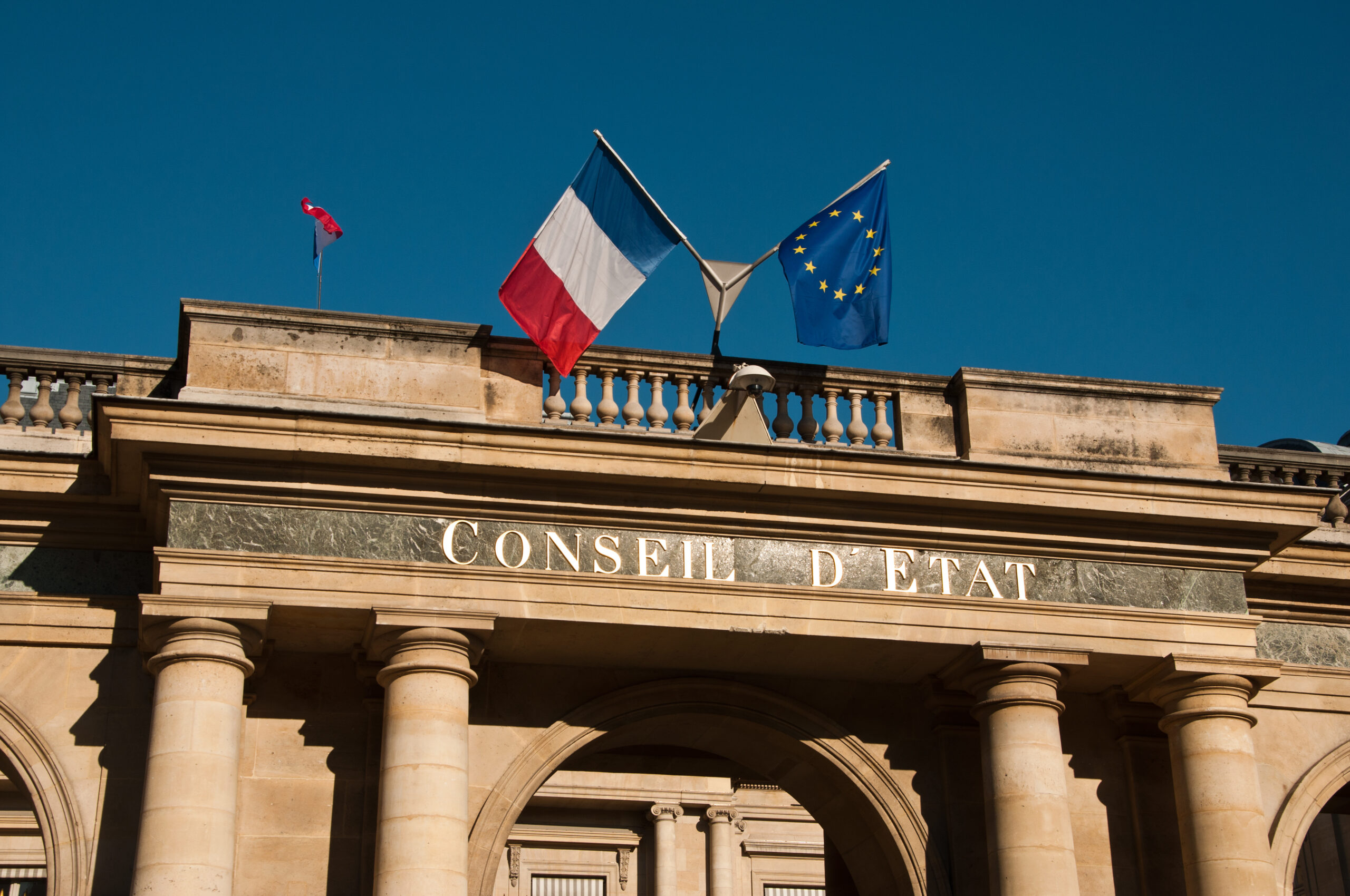 That’s not going to help in my case unfortunately.
If I get the PoE cable to the GTL (at one end of the house) I then have to get the signal back to the other end of the house where the router will (is currently) be positioned which distributes the internet to other wired devices in the network. There is a Cat5e link from the GTL to the office (where the router will be - also protected by UPS) and then back to the GTL for further distribution around the property.
Works fine for the current set up using a 4G router (as it did before with internet via the telephone line as I trust it will if - when - we ever get fibre).

ahh - thanks, that was my view too.
I guess this depends on what’s in the Starlink power supply unit…
Needs further research.
It suggests an Ethernet adapter kit is available but elsewhere that you can just plug a PC directly in to the router so really unclear. If that is the case, then it should be possible to connect a data switch directly to the Starlink router which will serve the same purpose, no?
@PeterJ how is yours set up?
@billybutcher do you see any issues in what I am proposing? 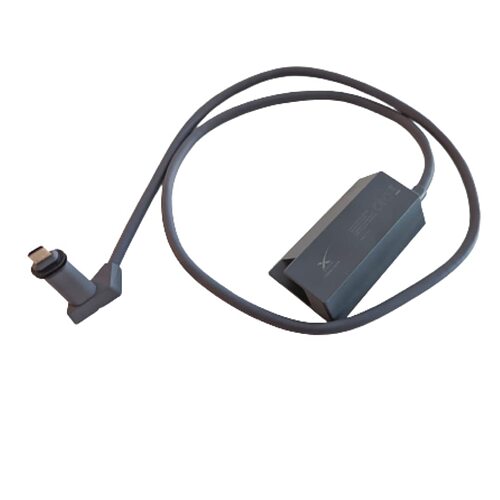 41hMpdIGyoL1080×1080 24.2 KB
V2 is the current hardware they sell ( oblong shaped dish) It’s not a standard network connector on the end (either end) looks like a USB c type plug - pic attached. The router does not have an Ethernet port on it, they have effectively made it water resistant with the waterproof sealing ring round the connectors.
My StarLink cable comes from the dish, connects to the ethernet adapter and then connects to an unmanaged eight port switch.
graham November 11, 2022, 8:55pm #17

sorry Peter, that isn’t well explained.
The dongle type device in your picture presumably is at the dish end (hence the waterproofing ring). What connects to the dongle at the blank end (not clear from the picture)? The dongle assembly looks o be about 1m in length.
What happens beyond the dongle to the router/8 port switch?

Sorry Graham, not explained properly. The pic is of the ethernet adapter - that goes on the router end of the 75foot cable. Both ends of the main cable have similar USB c type fittings and both ends have the water resistant seal ring on them The ethernet adapter then has a metre (ish) long cable with the same USB c type fitting - that then plugs into the StarLink router. The dongle is where you would then plug in a standard ethernet cable and patch to a switch ( as I have) or possibly something else such as a primary router where you do all the clever stuff. Make sense ? 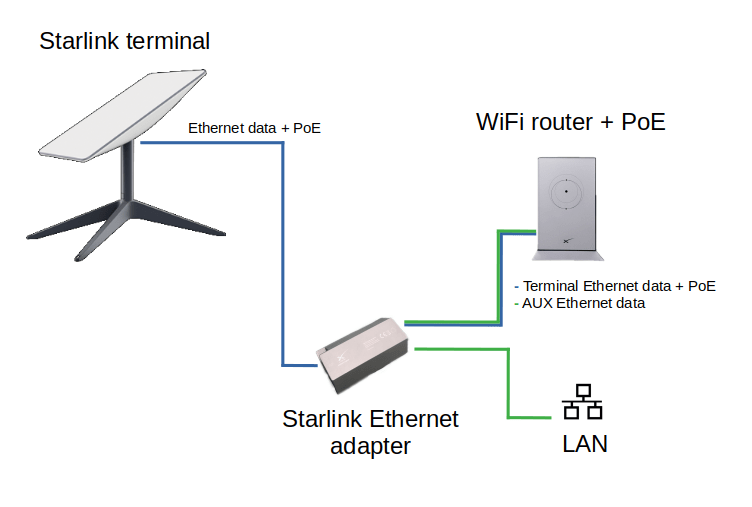 Thanks Peter. To an extent, yes it does explain it better and I’m trying to visualise how it could work in my LAN arrangement.

Sorry to be such a pain.

@billybutcher there is quite a lot of content here which relates specifically to Starlink and not Nordnet starting with the link provided by @Mat_Davies in April '21.
I think this and subsequent posts about Starlink will benefit from being split in to a new topic “Starlink Internet” so as to leave the original Nordnet topic clear for anyone researching that option.

Not a pain at all, all very valid for you as it sounds like the distances for the kit will be quite large