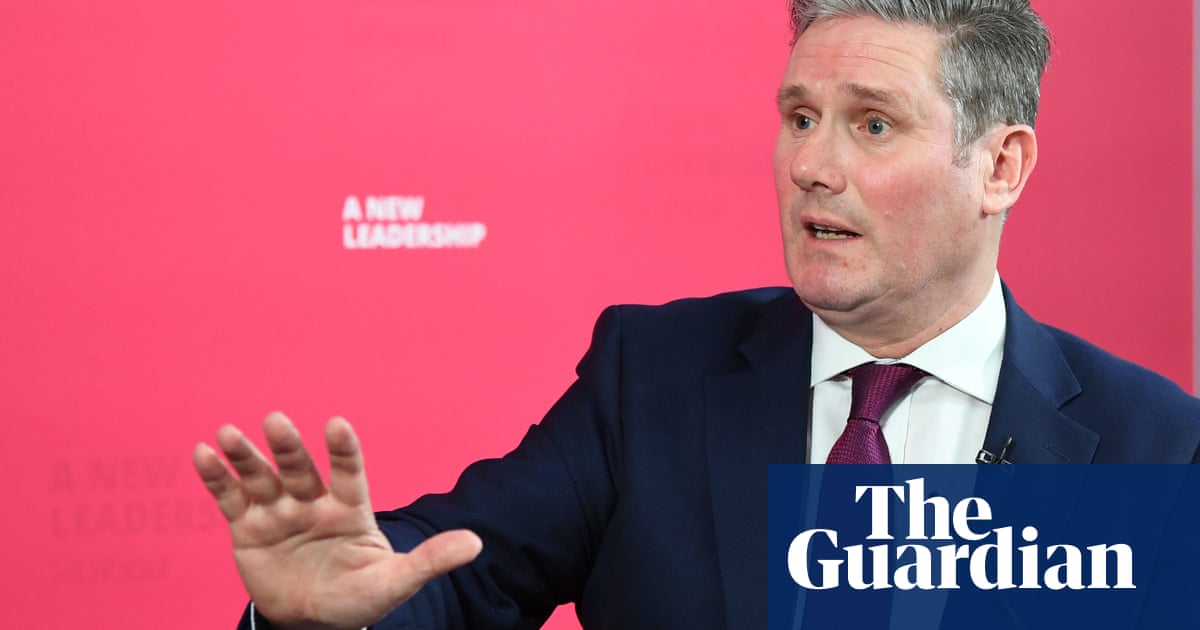 Exclusive: Labour leader says he will focus on economy and the NHS next year

So, I get that he feels supporting the deal is the best option in front of us but not a scintilla of criticism, not a jot of “not a great start but we can re-build closer ties” - not even acknowledgement that, just perhaps, we have done ourselves needless damage but simply casting 16 million of us into the political wilderness.

Retirement and a move to France cannot, now, come a millisecond too soon

Very disappointed with him. The LibDems told me that, with the ScotNats, they would oppose on principle and I have commented in return that I hope that they will stand on a promise to rejoin at the next election.

Will hardly hurt them and, depending on how awful the intervening period is, could be a vote winner.

Its annoying but not getting anything passed would surely be worse so Hobbsons choice or Johnson s should I say. That is the risk of leaving to the last few minutes.

Tonight Britain will leave the European Union for good, as the demands of the 2016 referendum are finally met. So, more than 1,600 days after the vote, who are the biggest losers of the Brexit deal?

but not getting anything passed would surely be worse

Indeed, it’s a choice between breaking your own arm and blowing both your feet off though. If that was the only choice you’d do the former, at least it should heal, but you would not willingly do either.

The deal is massively better than no-deal, and moderately clever in that it allows us to follow EU standards or diverge from them (but at the cost of tariffs being introduced) but it is nothing like what was promised in 2016 - I used to say only immigration will be controlled but with the news that we’re going to have to let 31,000 seasonal workers in to help with harvests anyway there doesn’t seem to be much change in practice.

The tone of this article is just why this is such a sad day for Britain.
I am ashamed of my country for its isolationist approach and a Brexit based on lies and where a majority became convinced that they had done the wrong thing, but it was too last to do anything about it, is no cause for celebration.

I am not even going to read that Daily Mail article. Life is too short. Happy New Year to you all and may Brexit not be as horrible as we all fear.

you have to be so careful when you try to influence your party. Imagine trying to explain it to Diane Abbott!

It’s a failure of analysis Paul. The Labour right, locked inside both ideological distortion and reliance on focus groups and other superficial survey data, think that the loss of seats like the ‘red wall’ was down to the Brexit and Corbyn factors - but mainly Brexit since even the most purblind politician has to nod to the huge pro-Labour swing under Corbyn in 2017.

Trouble is, this analysis doesn’t fit the facts (which do not include focus-group and opinion-survey results, since there is plentiful evidence that in these situations people frequently repeat what hey have heard in the media, not what they really feel). In fact, the loss of these seats is just a step in a long-term decline in the Labour vote in most of these places, ultimately shaped by long-term economic changes.

Labour support here was shaped by workplace politics - but as Piketty memorably demonstrated, capital has shifted from entrepreneurs to rentiers - recently abetted by quantitative easing etc - moving exploitation out of the workplace into finance: debt, rents, etc. So the former industrial seats have been changed by a double-whammy: loss of workplace labour organisation and movement of exploitation from collective into personal finance arrangements. In this context - capitalism now - the older debt-free home-owner even if they used to be a miner or whatever, is not at the sharp end of exploitation - but the 20-something child of a teacher might well be.

Piketty’s analysis absolutely implies the radicalisation of new, especially younger populations, and de-radicalisation of the older comparatively asset-rich, whatever their roots. But since the Labour right can’t see this, they think they will achieve popularity by aligning themselves with superficial focus-group opinions on relatively ephemeral issues like brexit.

You can’t help but wonder if the EU are secretly delighted that at long last they have rid themselves of Farrage Widecombe et al and the other wingeing nutters who believe UK superiority and world dominance. De Gaulle was absolutely correct, Le brittanique were just unworthy of the privilege…

There seems to be an ignorance of the bleedin obvious, if you ain’t in power you’re wasting your time which is why Starmer is playing the long game. It would’ve been easy for him to order his MP’s to abstain but what would that have achieved, much better to show acceptance of Brexit and let Johnson take the s**t if things turn sour yet be ready to pick up the pieces in 2024. 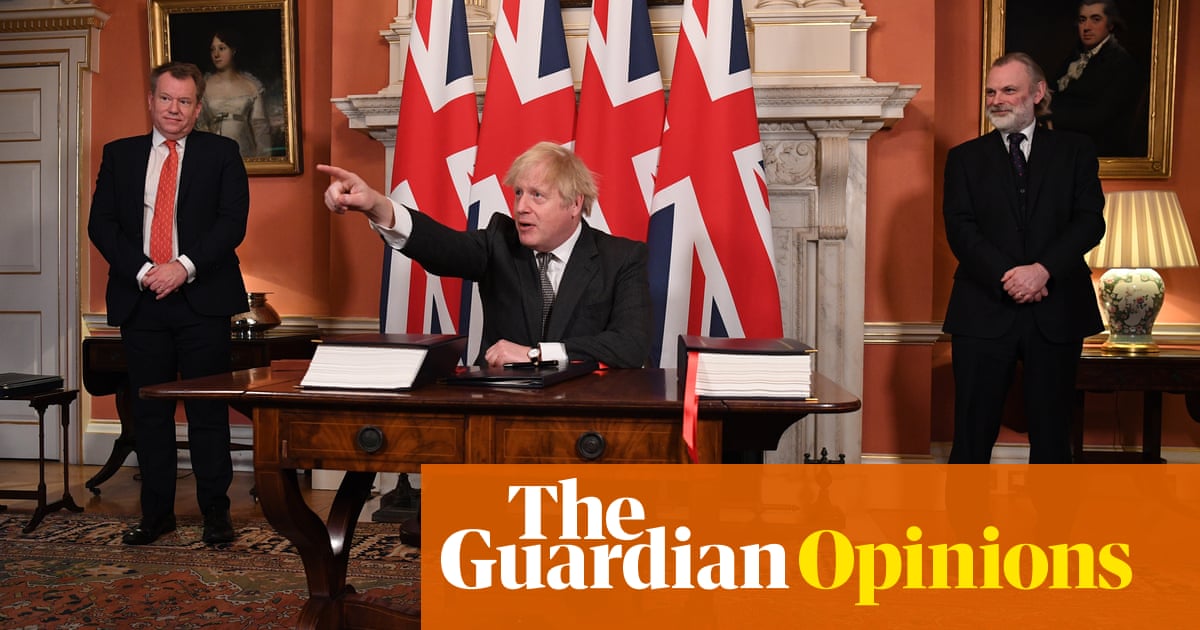 On Boris's big day, Tories kid themselves this is the deal they always wanted...

After Keir Starmer gave MPs a quick refresher course on Johnson’s lies, the session finished with a whimper

I think Starmer’s best position might have been not to whip the party at all but to leave it to individual Labour MP’s to make their own minds up.

Yes, Johnson’s 80 seat majority means that Starmer could do little to block the deal and, yes, he needs to play the long game - but his present stance is barely to criticize the deal at all and that, together with his support, which makes it harder (indeed impossible) to point out its shortcomings at a later date.

Presumably he calculates that, as history blamed Blair for Iraq and not the many Tories who voted in support the shit will cling to Johnson’s fur over Brexit and he will come out clean - but it is a bit of a dangerous gamble when he seems to have offered no resistance now.

The father of British Prime Minister Boris Johnson said on Thursday he was in the process of applying for a French passport to maintain his ties with the European Union after Brexit.

It’s always one bloody rule for them isn’t it?

Is he eligible, just because his mother was French?

Is he eligible, just because his mother was French?

Parentage to the parent from whom the French nationality is claimed, must be established while the child is still a minor (under 18).

I don’t really see the problem, Johnson Snr voted Remain and is pro-EU so why shouldn’t he apply for French nationality if he’s eligible?

No, it’s just irksome that money and privilege always seems to find a way to be untouched in a way that isn’t open to the rank and file.

It is, at least, less offensive than Lawson applying for a CdS.