The goings-on in Washington

He tried to get them on side by all accounts.

Impeached for a second time, outstanding

Certain officers are now being investigated for collusion and a Republican Senator was already armed.

a Republican Senator was already armed

She is Rep. Lauren Boebert (R-Colo.), who voiced early support for the demonstrators, likening them to 18th-century American revolutionaries. “Today is 1776,” she wrote on Twitter on the morning of the rally.

Yesterday she set off the metal detectors at the Capitol and had a “stand off” with the police. Other Republicans also.

I read about it on Yahoo and it was also the youngest Senator who is a Republican, I can’t remember his name.
There was also collusion between four other Republican Senators.

Two other stories point to inside support for the mob.
Democrats sent a letter Wednesday asking congressional security officials to investigate what they called “suspicious behavior and access given to visitors” the day before the attack. The letter said that Democratic lawmakers and staffers “witnessed an extremely high number of outside groups” visiting the Capitol, which was unusual because the building has restricted public access since March, when pandemic protocols were enacted. Since then, tourists can enter the Capitol only when brought in by a member of Congress. Among the visitors, according to the Democrats’ letter, were some who “appeared to be associated with the rally.” (Washington Post)

As Ayanna Pressley’s staff sheltered in the Longworth Office Building across the street from the Capitol during the riot last Wednesday, chief of staff Sarah Groh noticed the panic buttons installed in the congresswoman’s office suite in case of emergencies had been ripped out inexplicably, she told the Boston Globe Wednesday. Staff had used these emergency buttons in the past, a Pressley spokesperson told Forbes in a statement, and they’re regularly tested.

I have also seen the floor plans for the Capitol on line. 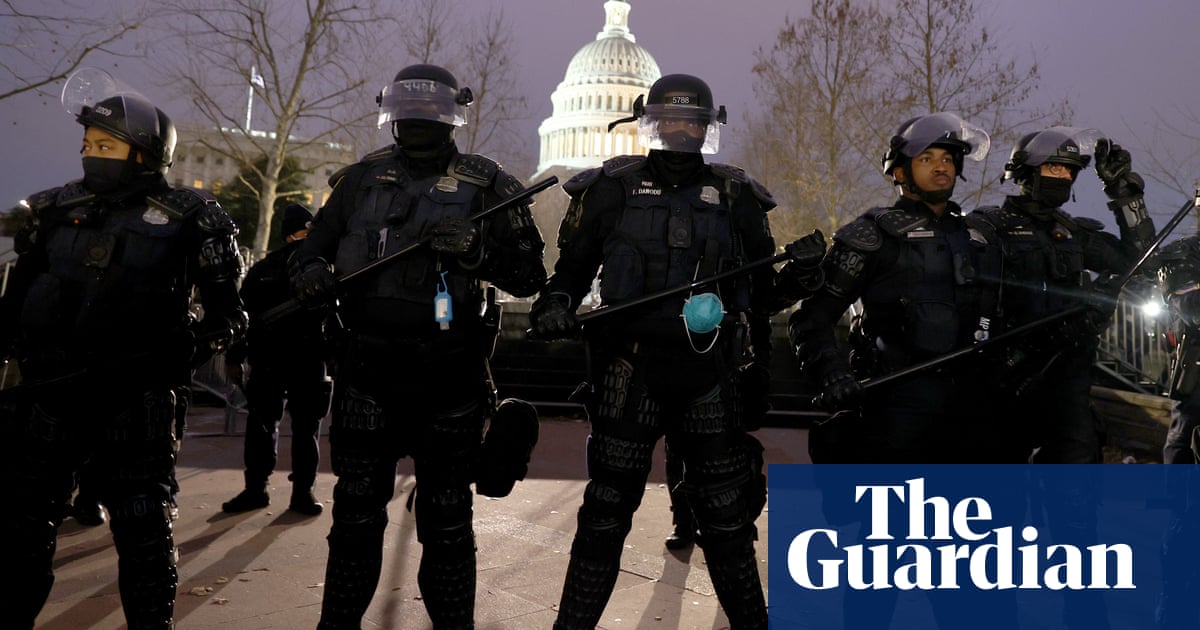 US Capitol riot: police have long history of aiding neo-Nazis and extremists

Experts were not surprised that officers were part of the mob, given the ties between some police and white supremacist groups in recent years

You might enjoy reading this - highly detailed, well-crafted journalism that reads like something by John le Carre!

To Understand This Chaotic Transition, Rewind to the Last One

The handoff from Obama to Trump was fraught and unprecedented in ways the public didn’t see at the time. It was a prelude to so much that followed.

The article is behind a paywall…

The article is behind a paywall…

How odd, I just read it without any hindrance.

I read it too, no probs.

This is what I get on clicking the link provided

and then these subscription options

@Graham_Lees Do they have a limit on number of reads? Have you read other articles in the past?

That might be it. I often get a little message from various publications when I click on an article, saying I have had my 3 free articles for the month, or whatever, and inviting me to subscribe.

I’ve made the article into a PDF that you can download from the link below. Unfortunately, the illustrations and lay-out are less striking, but the text is still complete

The Americans say it was not a attempted coup d’etat…but a terrorist attack by white American supremists against Americans and America. The police man who was killed, his family told, had voted for Trump, sad and some will say ironic thta he shoud be killed by Trumpers!
Having read a couple of days ago, that the panic buttons at Capitol Hill, had been removed before the attack, is terrifying and completely unbelievable, clearly people inside knew what was happening, and guess the big T-shirts printed with the 6th January 2021 possibly gave it away!
We have several American friends who are up in arms and very ashamed of their country!
Biden and Harris will have their hands full to repair a very broken country, and it is going to cost the American people serious money, so this will be the first step of attach from Trumpers to say that Biden is the worst president in American history…but think American history will tell otherwise!
Will they be able to remove Trump out of TWH before the 20th, doubt it, but if they do, it would save the Americans a ton of money every year for as many years as he’s alive…the budget is unbelievable!
James Comey (the former FBI Director) has said he would prefer Trump not to be removed from office, as Trump is who he is, and would looove the media attention going in and our of court! NY has already got sooo many charges against him…the whole crooked family is not welcome there…and several members of that family have been buying up properties in Florida to be close to daddy!
Well, three more days to go…hope they are prepared in Washington DC for what might happen!

Will they be able to remove Trump out of TWH before the 20th,

I love the Late Night US satirical shows (Stephen Colbert, Jimmy Fallon etc ) and there’s currently a hilarious Seth Meyers’ show where that morning his scriptwriters had written a spoof piece about Trump stealing stuff from the White House when he moved out, such as the bust of Abraham Lincoln (with whom Trump had compared himself) then (SPOILER ALERT!!!) the very same afternoon removal men were filmed actually carrying the bust of Lincoln out to Trump’s removal truck!

“Impeachment was great, but there really is no more perfect way for this to end than Trump stiffing Rudy,” Seth Meyers said.