we just let our cliff do whatever it wants to do

True Peter, but this thread has also made me reflect on the nature of nature reserves (I’ve previously published a few things on re-wilding in other contexts). And also some papers on African game reserves and zoos that you might find interesting. You’ll need to scroll down the page to find some of them, but most writings are at:-

Anyhow, returning to the French strand of this thread, I should add that the unfarmable cliffs of our small stretch of the Lot Valley contain many paths, some of which must be over a thousand years old, but for the most part the local cliffs were never farmed. Nearby, on more gentle slopes there are ancient terraces, but here that isn’t the case and instead we have an unofficial nature reserve.

By contrast on the opposite bank of the Lot, there is an official nature reserve (currently fenced off) whose vegetation is actually post-industrial re-afforestation. The main tree is not our traditional chestnut, but silver birch - which I think was the first arboreal pioneer species in post-Ice Age Europe and of course this adds another dimension to our perception of environmental change (whether that be natural or man-induced).

The above comparison isn’t intended as a comparative judgement, but rather a contrast between a now negelected repository of local history and a planned development for future generations.

However, les sangliers do not make such distinctions and seem equally content (and are hunted equally) on both sides of the valley.

Loads of black cherries this summer 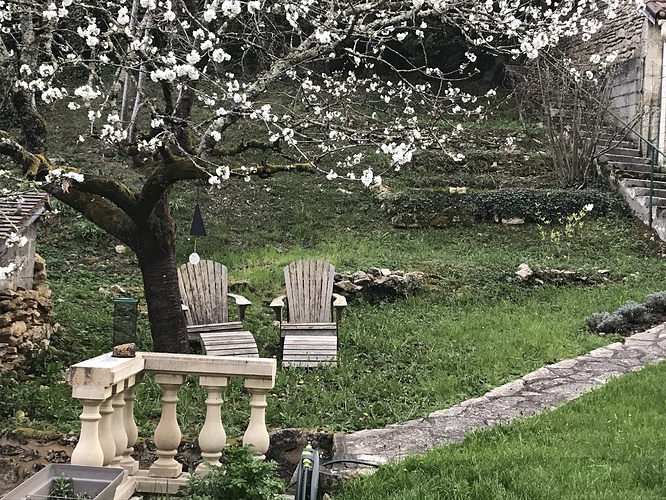 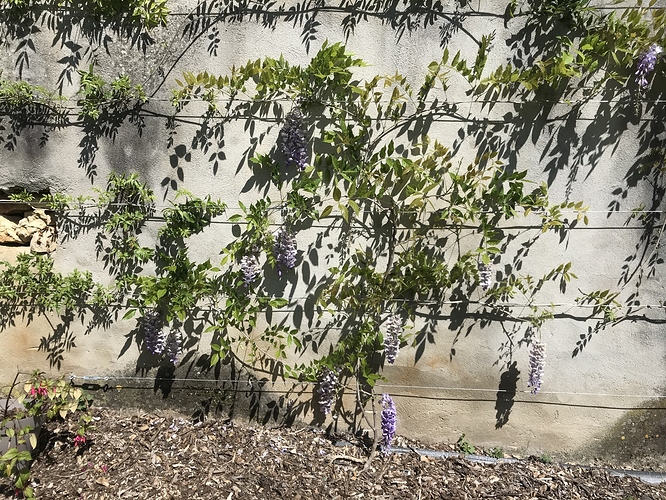 Hi Perry lovely to see how well the wisteria is doing.

Just a thought for the future… have you planned a stronger/more robust method of support … for when the branches of the “skeleton” get heavier. 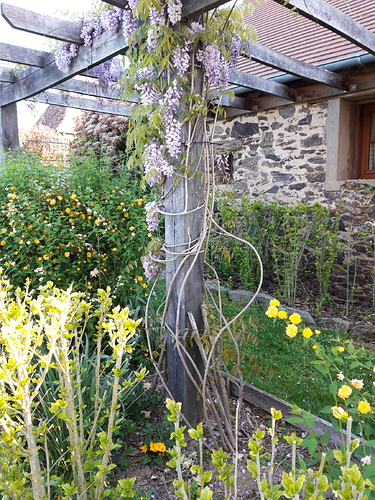 Thank you, Stella. And I’m hoping my landscaping professionals know what they’re doing as they fixed the support into the wall! I’ll have them reinforce if/when needed.

I couldn’t make out how sturdy the wall fixings are, from your photo…

Many folk make the mistake of under-estimating the weight of the wisteria… and end up with a problem/challenge.

If you’ve used professionals… I would hope they have used what might seem overkill today … but what will be ideal for future enjoyment of this wonderful plant.

There is a wistaria in there somewhere, it was immense and the trunk still is (on the left) but it died back about 90% a few years ago and new shoots are only just appearing. The banksia has taken over, before they coexisted. 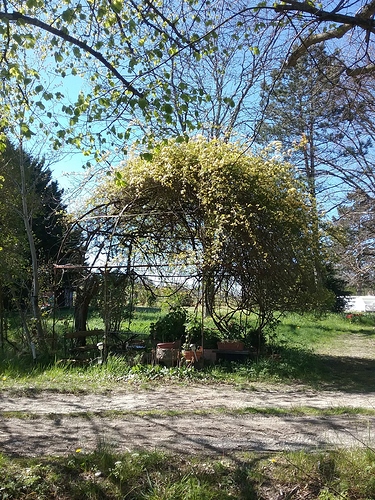 Just cutting back a hedge in the early morning, you don’t expect to come across tiny perfection… 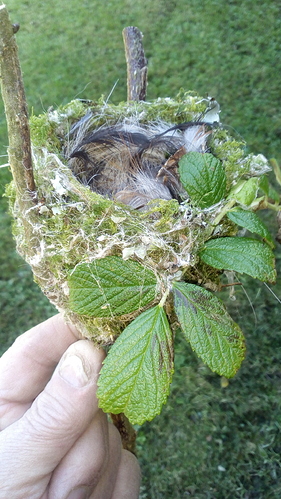 no hedge/tree trimming at this time of year…

with a remorseful tear in my eye.

I ‘liked’ Geof’s pretty nest, but snatched my approbation back in a flash before anyone saw it.

Sly old hypocrite that I am.

Our hedge is about 1½ metres from the house and it’s a great delight to watch the birds flitting in and out of it during the nesting season. 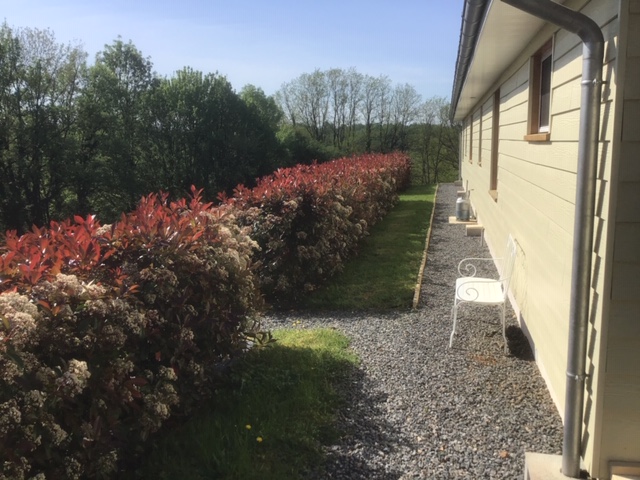 It’s spoiling our view of the commune from our windows but wouldn’t dream of reducing it to shoulder height until the time is right to do so.

I do understand the desire the make things neat and tidy… whatever… but… the birds need all the help they can get.

@graham, that white chair: I can see you in my mind’s eye sitting and spotting the in-and-out flitting. Very pretty, and seasonally fitting.

the “white chair” is actually a banque jardin so room enough for me and 'er indoors to sit and contemplate the world at large from our “elevated” position (the hedge is well above street level).
Derby and Joan personified 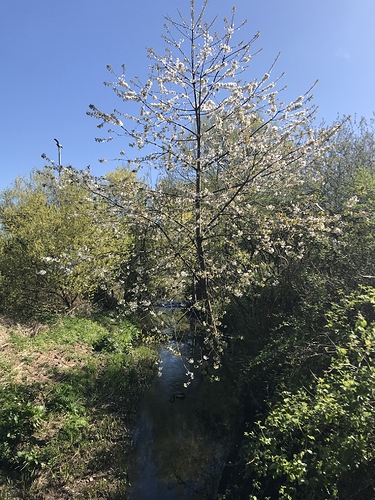 I took a similar view of a river just yesterday, about 2 minutes from my house in rural Lincolnshire. Will have to explore that path by the side of the river in the future, wondering what’s round that corner up ahead. 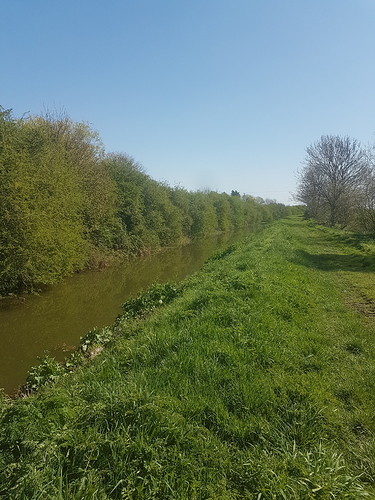 The thing about my picture was I had to carefully position my iPhone to miss the timber yard at one side and the back of Matalan at the other!

we had a green garden bench … bought in UK just before we made the decision to come over … and the bench had a 40 year guarantee!!

that bench, plus dilapidated garden gate… were stolen about 5 years ago… and the Mairie made me go and report the theft to the gendarmes… it took 2 hours of explanations/signing this and that… just for a garden bench… and when I vaguely mentioned that it was perhaps not worth the effort… the lovely gendarme said (more or less)… “but we must try and get it back for you… it is still under warranty”