Wild life in the garden, or around!

How big is that Mark ? Great photo !

I’m always amazed how birds of prey seem to catch moles out and about during the daytime ! If they’re wandering around like this in broad daylight, I can see why ! 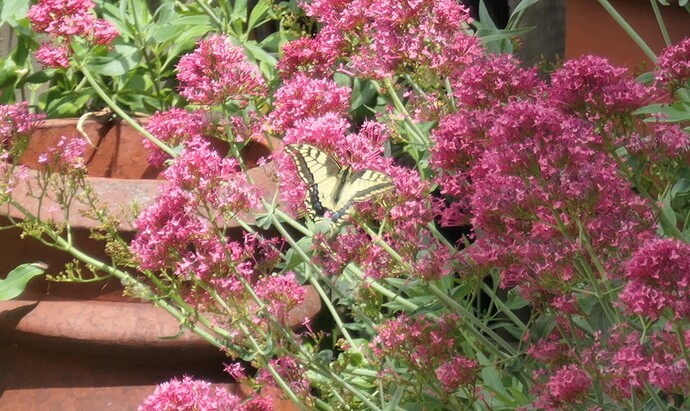 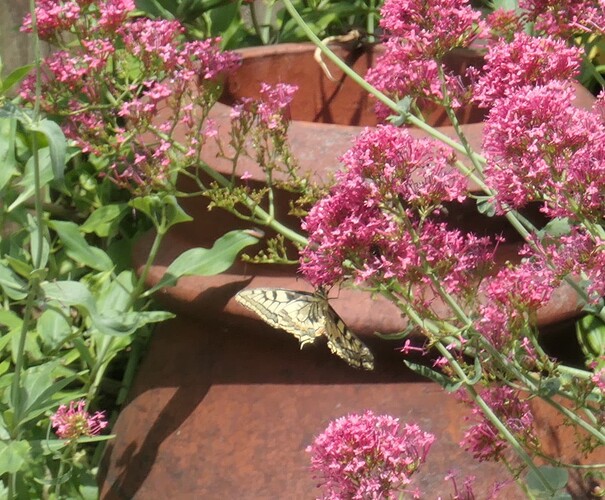 and this was from the 8th May celebrations… quite broke my concentration, seeing this fellow wandering along 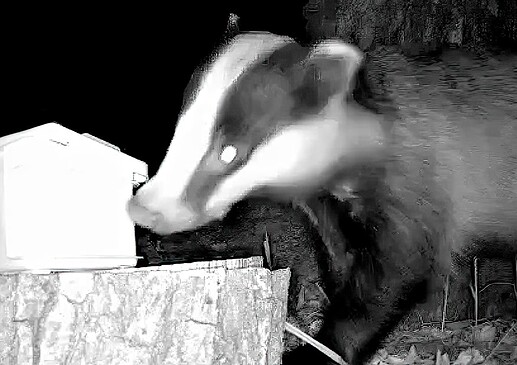 A new visitor to the bird feeder.

Almost jumped out of my skin when I was doing some work in the garden! I then stood very very still, and it emerged​:grin: can you see it? Second pic is from above as I wanted to see if I could fool it into emerging more - no luck, smarter than me obviously! 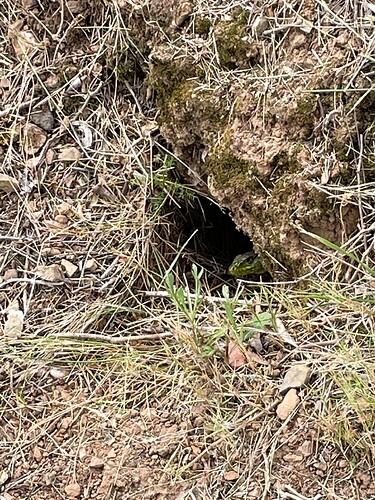 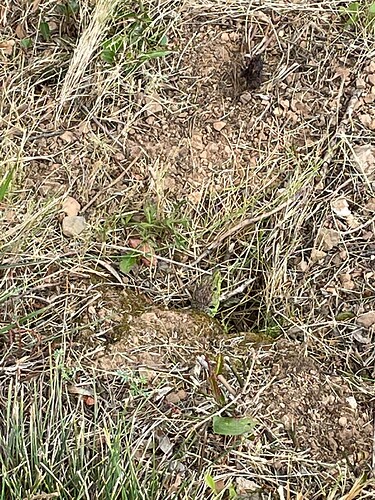 On a visit to us… our daughter was astounded that her son actually sat still (!)… watching and waiting for a lizard to come back out of the hole in the wall.

Just doing some work in the garage where I have a mezzanine rammed with ‘stuff’, and hearing a noise up in the corner, not for the first time. It’s a really strange noise - clearly some form of wildlife but have no idea what it could be. Very difficult to describe, but if I try, it’s like a kind of noise that a chicken makes but alot softer and quieter - very strange, and there’s just too much stuff up there to unearth and take a look unfortunately, but would love to know what it could be

Think I answered my own question, as a friend just mentioned it’s a gecko​:+1: So quite harmless and good to keep various bugs at bay

Whenever I see a lizard it generally sees me at the same time, and is gone!

Just my Lumix Panasonic.
OH chose it and it does far more than I can understand, so most of its fiddly bits are never used… but I do like its zoom…
I was on one side of the Monument and this little beauty was a few yards away… opposite.
It was quite happy to bask and I made sure that no-one moved, as that would have made this fellow dash for cover.
(One whispered word of command from me and they all froze… I’ve got 'em well trained

A very strange thing a couple of nights ago. I shut down the house for the night, kissed Jules and left him on his bed, just outside my open bedroom door and went to bed to the sound of the Archer’s podcast.

Because it was very muggy, after all lights were out I opened my bedroom window. After about 10 minutes and only half asleep I was wakened by the movement light on the front terrasse, just outside my window. Thinking it was a cat I ignored it but then there was a very loud combination bark and howl, a bit like Jules does but harsher. My first thought was that I had left the back door open and it was him but then I remembered that I hadn’t and thus it wasn’t.

The light flashed on again a few minutes later and then all was silence. I am amazed that Jules did not react, he normally senses cats in the garden when there is no sight or sound and, with my window open to allow the sound and the brightness of the light, nothing, he didn’t stir.

A fox perhaps? But even so why no reaction? He would react if it was a dog barking.

As you can see from the pic, I was able to get very very very close 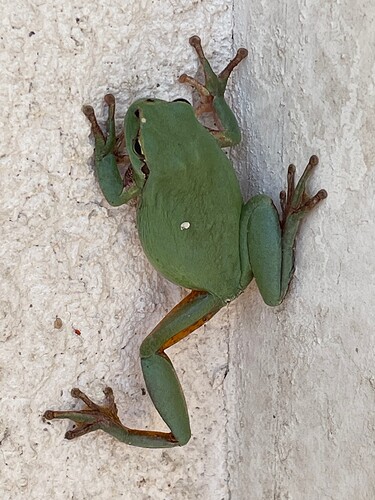 This year, for the first time, we have had a nest of wood pigeons. We carefully spied on it and always saw an adult sitting patiently and motionless on the nest, for what seemed like weeks. Then one day the adult was not always there, and two small heads appeared. They grew steadily until they filled the nest and then a few days ago they were simply gone. 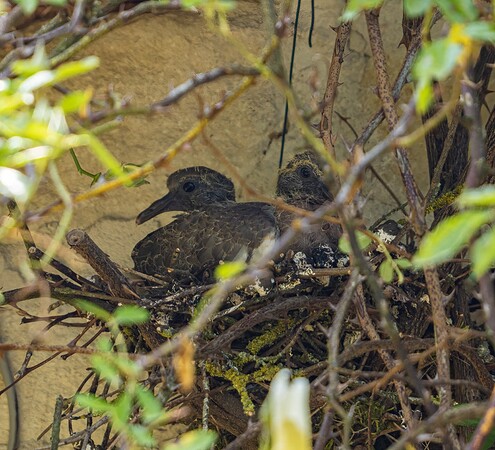 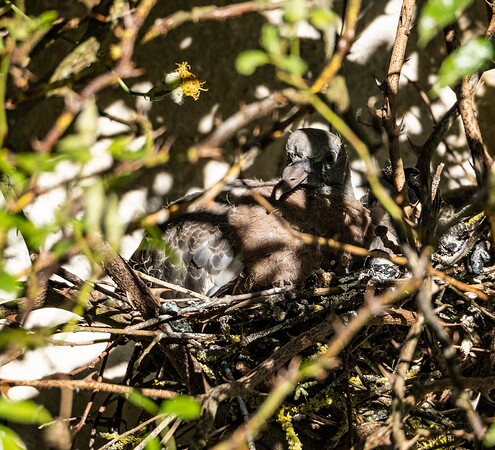 Had forgotten about this video, from inside of my rickety old workshop, in 2016. If you’ve got 6 mins or so to spare, you can watch this Robin sharing cat food……with cats!

And the cats were not necessarily unaware of this. 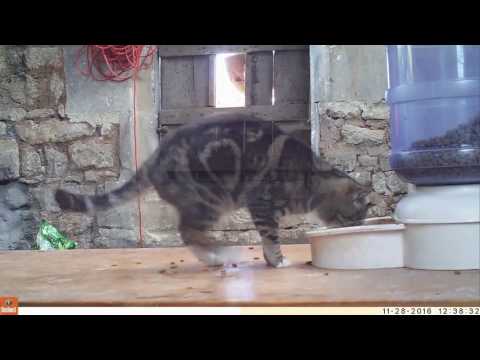 It’s a tree frog, isn’t it??? I found one on our driveway a few years back… not seen since (sadly) 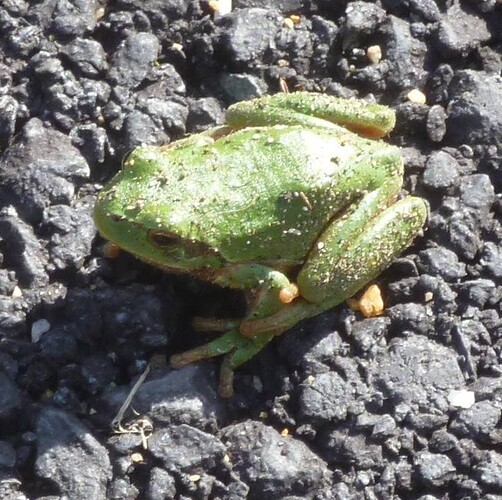 Rainette arboricole ? Looks a little out of place on the tarmac !