Your photos - the view from your house

In S Africa, I lived at about 800m on top of a hill on the edge of the town that lay in the basin down below. Because it had a cathedral, lots of C19th churches and an elite university, locals called it a ‘city’, (the 'City of Saints! but never saw many),. However, there wasn’t much else except a lot of history and bloodshed (and some brilliant minds) so for me it was always a ‘town’.

The Gothic Revival Anglican cathedral had the tallest spire on the continent (and crenellated battlements that had actually seen action!) . However I couldn’t see the cathedral from my garden so ventured into the adjoining thornbush and acacia (ouch, ouch!) and cut a faux naturale irregular notch to create a sight line. Appropriately enough in early chinese landscape architecture, this was known as ‘stealing a view’

Winter had come (and is now slowly going away again), with photographic evidence.
You’ll notice that not many people come up our lane, let alone when it snows ! 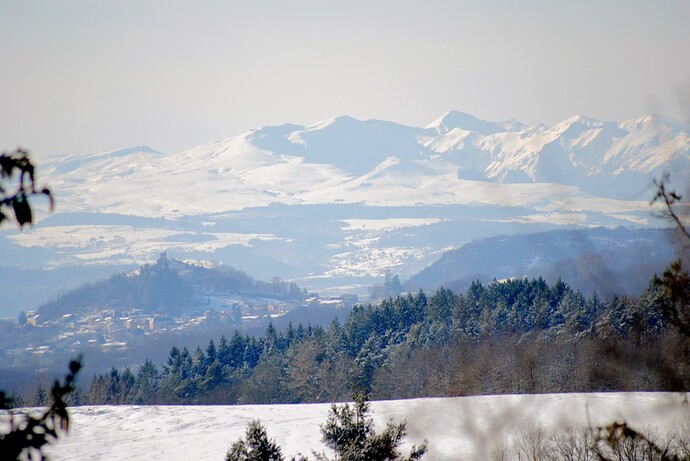 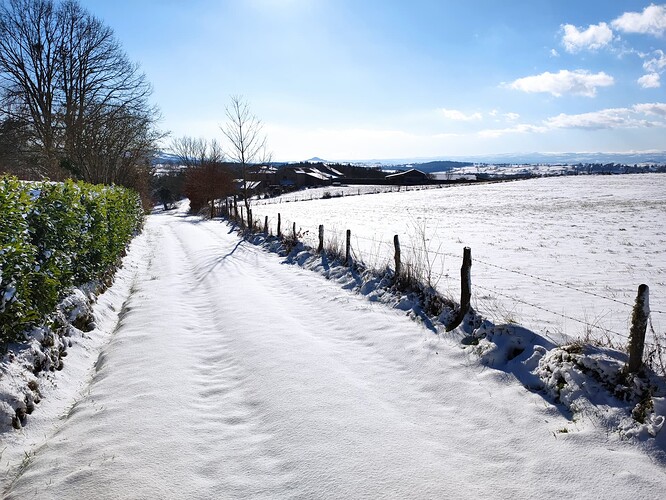 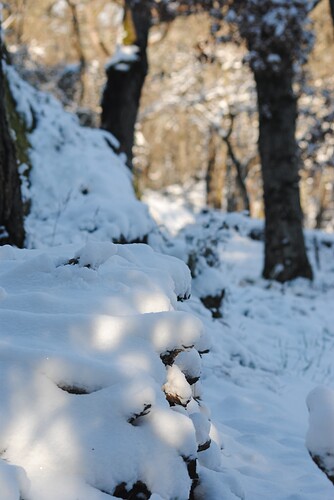 Edit : this was actually the day before it really snowed and drifted all over the place

- spent 2 hours digging out more than a foot of snow from the bottom of the drive just to be able to get out into the lane !

Looking at your first photo, it’s hard to believe that we live in the same country!

chinese landscape architecture, this was known as ‘stealing a view’

Thanks for that - should have checked - the unreliability of memory!

I do! And am reading it with delight.

Someone I’m sure you already know of, was the late great Wu Guanzhong. In keeping with today’s snowy mountain theme, I post for your enjoyment 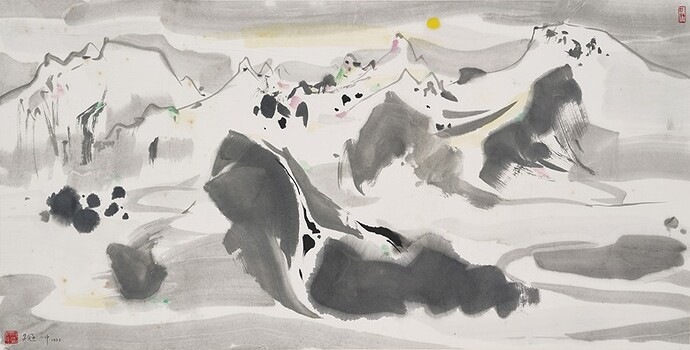 Wu Guanzhong The Yulong Mountains in the Moonlight , 1988

And my favourite, because that which is being depicted is actually blank paper. An incredible statement of ‘void is not nothing.’ 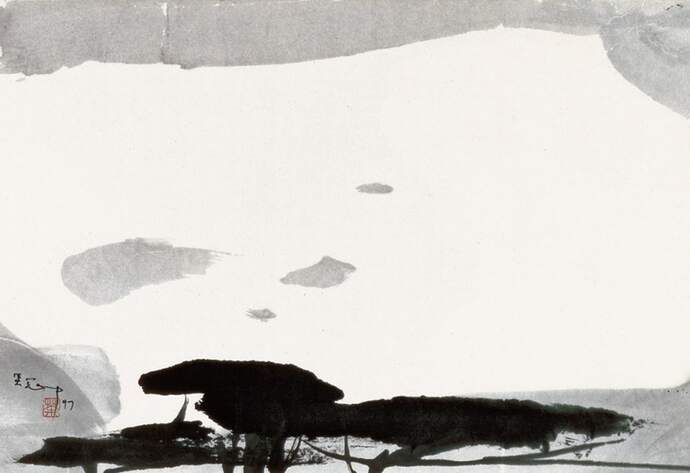 It was a successful project and upon its conclusion we exhibited the work at the Liverpool Biennial and the Madrid Art Fair. Since then the work has been shown on three continents.

All the photos were shot in 5x4 format enabling them to be printed very large (in China). The biggest work was a triptych that was 5m wide. The example shown below was shot at around 10pm in mid summer, looking out over Grasmere down below. 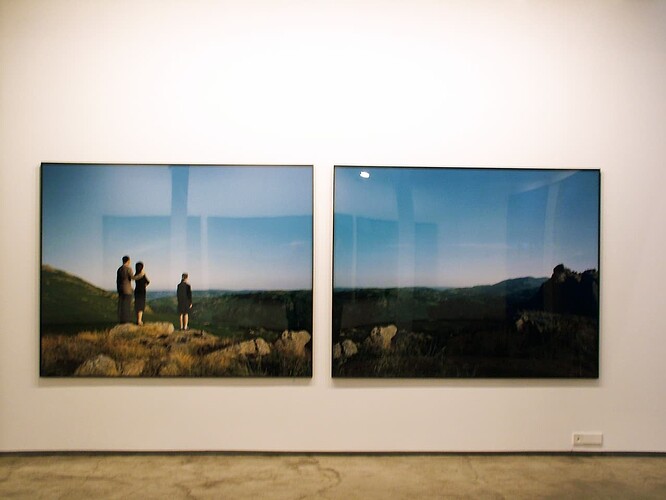 I like both egs, but prefer the second one on account of its greater area of ‘whiteness’. Here, unlike in the aquatints of the Picturesque (perhaps another recommendation) the white of the paper is a positve element whereas in the Picturesque, the convention of the lake being a white area was indicative of lacking a vocabulary to porttray the lake and so instead viewers were presented with its setting. 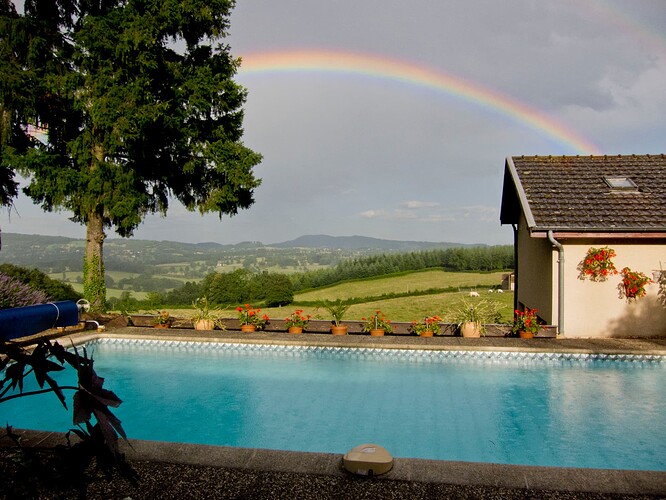 I’m guessing that is not today.

Think it was July . This week it is quite pretty because it was covered in snow.

Sid is so sweet

Not from my house but from my car this morning, I’d been to drop a few bits off at a friend’s house- can normally see the eastern side of the Sancy massif 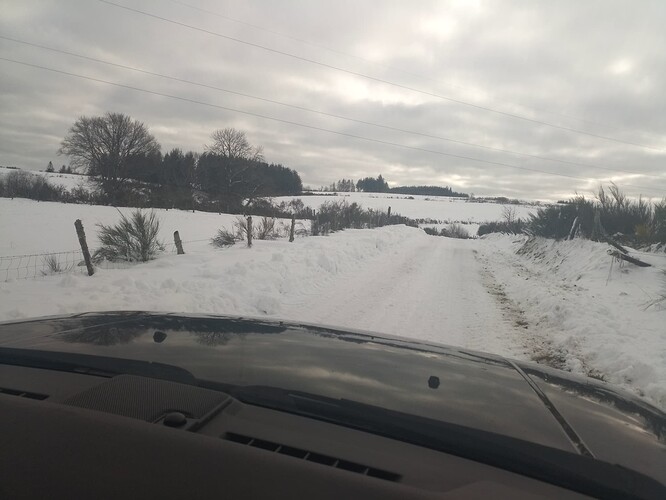 Quite a lot more than we got !

Must admit I was quite surprised. Good excuse to use the available toys on the car​:slightly_smiling_face:

I was feeling a bit left out, seeing everyone’s beautiful snow clad images. This morning We were rewarded with a glimpse of spring ahead from the bedroom window 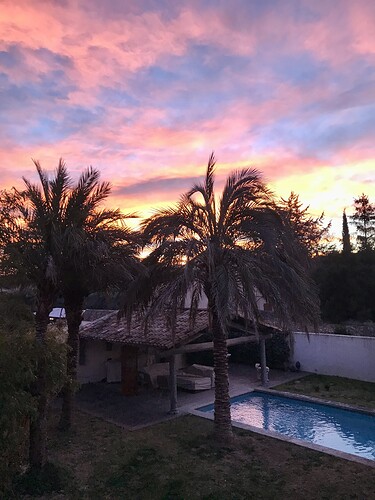 Not northern France or the Alps then 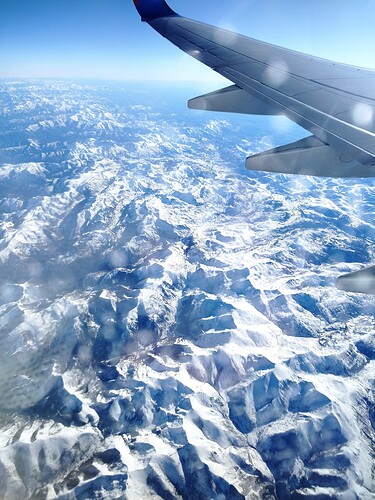 My view today - a new pool installed inside the old one, the old one was built by a brit builder and was a block and fibreglass structure. On the third year of opening the pool we discovered the fibreglass had detached from the structure in many places. Long story short, realised the builder had no insurance and no assets so did not pursue through the courts. We have nursed the pool for three more summers but decided to replace this year. Very excited and its nearly finished

Just a lot of remodelling of the ground around as the installers mini pel did a fair bit of ground rearranging, good exercise on a lovely day (hopefully for the next few too).