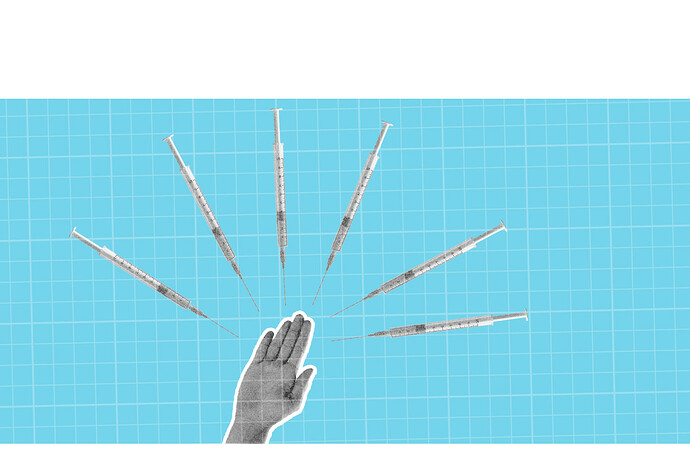 for some reason I thought someone said vaccinations for all open 15th June?

That is correct Karen. All adults can be vaccinated from the 15th June onwards.

Yes I read that announcement yesterday. Although numbers are shooting up (now 22million) it’ll be a huge achievement to get through all the older adults before then! Really hope they make it, as the good vaccination rate is really bringing numbers down in UK…

I think it’s a bit early to attribute the improvement in UK figures to vaccination Jane. One of the few things we already know for sure about this pandemic is that lockdowns work. The UK had what I think is the strictest and longest lockdown anywhere in the world - from the start of January to just a week or two ago. It is probably this that has been mainly responsible for the improvement there.

Yes it was very effective and very necessary. The infections now though are mainly in young adults and children who haven’t been vaccinated yet. Still running at a bit more than 2500 per day. The vaccination program has been incredibly effective. Some two thirds of the adult population now had a first dose and 15 million or so a second dose. The UK finally got it’s act together in January and I hope we don’t blow it now.
Izzy x

I wouldn’t jump to any conclusions on vaccination without a lot more research and evidence Irene - there could be all sorts of reasons for lower infections among older people - and it’s most probably a combination of factors.

I’m sure vaccination helps (I am myself vaccinated - but am sticking to the other precautions). Even the best vaccines are not 100% effective, and some only achieved 60-odd% in the initial clinical trials. My guess is that in the real world, given the pace of coronavirus mutation, they will end up around the flu vaccine efficacity - which I believe is only about 50%. I think we make a big mistake assuming (with so little evidence to date) that vaccination is a panacea.

Note that I have stuck rigidly to the thread guidelines and not commented at all on the relative policies/positions of the UK and France.

that vaccination is a panacea.

I don’t think anyone is suggesting this. Merely that it is having an effect alongside all the other control measures.

I don’t think anyone is suggesting this.

Unfortunately I think a heck of a lot of people are thinking, and suggesting this, perhaps even some on here, who could end up having a rude awakening. I hope I’m wrong.

I believe the current evidence is that a single dose of any of the vaccines being administered in Europe is 98% effective against hospitalisation and death. If that proves to be correct long term then, for most people, Covid 19 will be an unpleasant illness that they suffer with for days/weeks and then get over. It doesn’t mean there won’t be cases just that those cases, in the main, will be relatively mild. For those unvaccinated people who catch the virus it will still be a very serious illness from which they could die. I expect that’s what we will have to live with.
Izzy x

I’m not sure what source you’re using there Irene. I’ve seen reports of studies claiming the sort of success rates you quote ‘against hospitalisation and death’, but whenever I’ve actually looked into the data it’s not so straightforward. The sample in a big widely-quoted study in late March, for example, was 80% white and 80% under-65s (ie. people least likely to suffer severe illness anyway).

The most recent real-world study was the Liverpool University one (not yet peer-reviewed), whose main message was that yes, vaccination helps, but ‘don’t drop your guard’.

The data… showed that among just over 52,000 hospitalised Covid-19 patients studied, 526 had been vaccinated with a first dose of either the AstraZeneca or Pfizer shot at least three weeks earlier. Of those, 113 died.
AstraZeneca’s Covid-19 vaccine has been shown in clinical trials to be 76 per cent effective against severe disease, while trials of the Pfizer shot found more than 90 per cent efficacy.

The other important points are or course that nobody yet really knows how long vaccine protection lasts, nor when variants will emerge that reduce efficacy (though they surely will).

The important practical point that I wouldn’t want this thread to lose is that even after vaccination - as the Liverpool researchers advise - it’s best to continue other sensible precautions - at least until we know more.

How many people are sensible compared to those who are raring to go out and party either in UK or abroad?

It’s the wrong way of looking at the figures though.

Unfortunately the vaccination programme gave priority first to older people and/or those with medical co-morbidities. Understandable but it makes two matched cohorts impossible to select.

Supports the number I quoted.

No - they’re two different things - at least I assume (in the absence of a source) the figure you quoted was the percent of people not going into hospital (or dying) after vaccination - at least soon after - whereas the 52,000 people in the Liverpool study were all in hospital.

But I don’t think this thread is the place for too much discussion of research detail - it is focused on passing on important practical information - and the key point in this respect (made very clearly by the Liverpool researchers) is that even if we’re vaccinated we should still (until we know more) follow the simple precautions of masks, social distancing, hand-cleansing, etc…

Myself and herself booked for the second AZ jab on the 19th. our antibodies and T cells runneth over.

Looks like appointments for the J&J/Janssen (single dose!) vaccination are now available for over-55s on Doctolib, etc

France will lower the age of those eligible for Covid-19 vaccines to all French people aged 50 and over from next Monday onwards, five days ahead of an initial timetable, president Emmanuel Macron has said.

Anyone can take an ‘unused’ appointment regardless of health, age etc from the 12th May onwards. This only applies to doses that are left over because people haven’t turned up for their appointment and remains on a first come, first served basis. Basically you need to be available at short notice. Useful for people wanting to travel without quarantine in the next few weeks though.

I thought it included unbooked slots (within 24 hours of the slot time).