Let there be no doubt, Bojo wants a trade war with the EU

The EU set up a ridiculous situation in Ireland which was politically motivated to try and force a United Ireland and to break up the Union, to punish and weaken Britain for daring to do what she did.

The UK wanted hard Brexit, that means a regulatory border between the UK and the EU. If you go to the WTO, so beloved of Brexiteers they will confirm that this is their policy and the only way to make trade work.

There is a land border between the UK and the EU on the island of Ireland.

You can put a border there, except, oh, hang on the Good Friday Agreement and CTA agreements mean that people and goods must be able to move freely between the North and South of Ireland.

Or, you can keep the whole of the UK in the Customs Union and Single Market and do away with checks altogether.

That is it, one of those three choices.

Please choose the one that you want

There is no magic fourth choice based on technology which doesn’t exist which can check goods moving across the borders and even more magically stop unsuitable goods moving from the UK to the EU.

Oh, just to remind you of the sequence, Brexiteers wanted magic border technology unicorns. The EU said - no, we’ll offer you special status for NI and a border in the Irish sea.

May rejected that as “Unthinkable” and eventually agreed that we’d try to come up with the special border unicorns but if we couldn’t or until we did we’d agree to stay in the Customs Union (the “backstop”).

The EU said “OK” if that’s what you want.

The ERG and the Brexit loons said “No way, José” and were a big enough group that they blocked May’s or any other deal from getting agreed in Parliament.

Johnson was elected and promptly said to the EU - you know that old deal you offered us way back, the one with the Irish sea border? I’d like that now please.

He then a) lied to the EU telling them he would agree to that for ever, pinkie promise.

b) Lied to the ERG and the rest of the party saying “well, it’s only temporary, we’ll be able to renegotiate” - I guess allowing confusion between his “frontstop” which was permanent and May’s “backstop” which was, inded, temporary (in theory)

c) Lied to the nation saying that he’d got a great “Oven Ready” deal which would mean everyone would have their own weight in gold deposited on their front doors.

None of it was true.

There is a fourth choice which was not explored afaik and that was to have freedom of movement for people but control for goods at the frontier ( the land one).

There is a fourth choice which was not explored afaik and that was to have freedom of movement for people but control for goods at the frontier ( the land one).

That goes against the CTA/GFA, nice try, would you like to play again?

What works for Switzerland does not work for NI because of the agreements in place between UK/NI and Ireland (which, BTW have meant 20 odd years of peace on the Ireland - no mean feat).

and the Brexit loons

Swivel-eyed loons is a better description

the gods do love a tryer

Given that the Tories have shafted the DUP once already over Europe, I’ll be surprised if they now initiate a trade war on their behalf. They no longer need their votes and this is just grandstanding for the Daily Mail and Telegraph readership (who are far more important to them than the DUP).

Johnson won’t do it for the DUP - but he might to save his own political skin. We know he’s reckless, and we know he’s in danger of a challenge. Precipitating another nationalistic crisis, maybe even going to the country if it all gets rabid enough, might suit him.

I was just reading an outline of Truss’ legal options - none of them really stack up - but I came across this truly alarming statement:

Using Section 7 (a) [of the European Union (Withdrawal Agreement) Act 2020] would be very serious because it would mean removing the entire agreement which would remove citizens’ rights too.

Stupidly, I had never considered that if the UK really does breach the agreement, our rights in France may be lost. Now - it’s personal!

However it’s the TCA that we are most likely to unilaterally withdraw from.

The US is leaning heavily on Truss to behave herself as well, which will probably mean this all turns out to be more sabre rattling.

Yes, I read that last night Geof. Johnson, and his gang are totally unscrupulous. They will stop at nothing and don’t give a damn who gets hurt.

As Billy says, after Conor Burns got his arse kicked in the US, the Americans are flying some heavies into London to sort out Johnson and his gormless patsy, Truss. I hope they succeed.

In other news, Johnson has decided firing 90,000 civil servants will improve the mood of the Country and the FPNs are flying far and wide.

I do have a lot of trust in France and the EU to protect us - but isn’t it shameful that they have to protect us from what is still for most of us our own country!

Isn’t it shameful that so many of our fellow citizens didn’t take sufficient time to really understand what they were voting for?
The same goes for all those who voted for Boris Johnson to become leader of the Tories. He has a long track record of lying.

Sorry, what? Boris Johnson and his hangers-on wrote this agreement—its consequences were pointed out before signatures were appended by the EU negotiators—but they ploughed on regardless to say they had done the deal and ‘got Brexit done’. They were relying on being able to rewrite history and present it as EU tyranny when the consequences became clear down the line—as every single participant in those talks was well aware they would…

Have you run away rather than back up your comments

I wouldn’t be a great fan of the Irish PM but he’s naiied it here IMO. The joke is that Washington and the EU see through the liarJohnson., it’s only self serving Tory ministers and stupid party member that keep him in power. 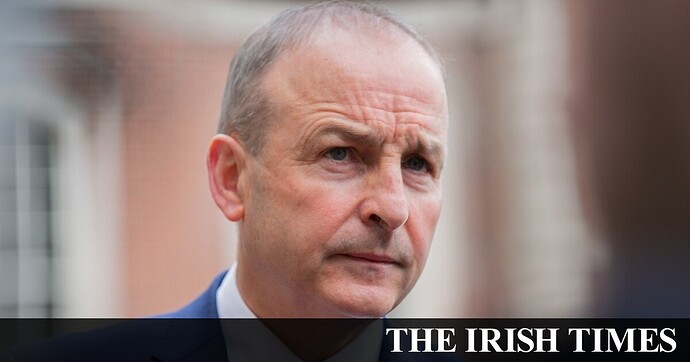 In his book Chums: How a Tiny Caste of Oxford Tories Took Over the UK… Simon Kuper draws an intriguing comparison between the prewar and wartime Cambridge spies who were acting for the Soviet Union and the Oxford Brexiters. Putin most certainly wanted Brexit and the breakup of the European Union…

While he admits his comparison between the Cambridge and Oxford sets isn’t entirely fair, Kuper states: “Though both betrayed Britain’s interests in the service of Moscow, the Brexiters did it by mistake.”

It’s on my Kindle