Is that a reasonable summing-up???

No idea about France issuing a dependent’s S1. Just that they accept that a PACs’d couple are a couple and will validate the dependent S1 issued by the UK.

will validate the dependent S1 issued by the UK

BUT the question remains that since it’s the UK that issues the S1 (and will be paying any consequent medical charges) it’s for the UK to decide whether a partner is entitled to be issued with an S1 or not. I doubt if France will care since it’s not picking up the bill.

When we did this, I explained to HMRC that we were civil partners (which is how they see a PACS) and I think they don’t accept more informal arrangements as they wouldn’t if resident in the UK. On the other hand, they didn’t ask for evidence so you might get away with it

In the UK the frontier worker’s S1 is issued by HMRC based on your UK payroll records.

Whereas the retirement one is issued by the DWP.

You can land a gap of not being covered because HMRC will only issue an S1 for a worker for a max 1 year at a time. And so far as I’m aware when it comes to HMRC (re) issuing your S1 for a year ahead in which you would reach state pension age, HMRC(presumably because they’re paying the costs of S1’s they issue), will automatically only give you an S1 renewal with an end date on it of the day before you will reach state pension age.

Beware if the DWP is not functioning correctly and has delays, you can be left with a gap when you don’t have an S1 as soon as you reach state retirement age and you can get thrown out of the French health system due to the delay/gap on this transition as to which department in the UK issues your S1.

PS If a frontier worker asks the UK for an S1 they will be questioned by HMRC very closely as to where they are when they physically do tbeir work including any work done remotely. The answer has to be ‘in the UK’, or no S1. There is apparently a tolerance of up to 25% of the work not being in the UK but I do not know if it is discretionary.

Larkswood I think my post above kind of explains in a roundabout way your above question.

What’s not clear to me is did you get your S1 from HMRC as an employee, or on a self-employed basis (is self-employed possible to have an S1 with : if so, great!)

What’s also not clear to me is if you do have an S1 from HMRC and that can continue, why would you switch to become a dependent on your partner’s. Especially if UK state pension age is in sight and you will be getting your own from DWP from that date forward?

I could see it if you were PAYE and precariously employed, so might be out of a job, or if your self-employed earnings would be below the NI threshold (but you might not know that till the end of tbe year) so you’d lose eligibility for the S1 but not otherwise. I’d just carry on with my own HMRC-issued S1’s until retirement age, having started the process with the DWP(Newcastle) for a new S1 valid from state retirement age going forward, as far ahead as they’ll accept your application.

The NI threshold is somewhere between min £6k and £7k pa to be eligible to pay NI but actually your rate of paying NI would be zero for a further earnings of a few £k after that…I’ve forgotten the figures but it’s another £2.5k-£3k at least where you’d count as eligible to be in NI system but % works out to zero. If you’re self employed then criteria for you to remain eligible to pay NI might be done differently. But once your S1 is issued surely as self-employed you’d only account for things at the end of that period eg 1 year selfemployed being a less predictable work pattern but still regular.

Is this what CPAM in France is likely to expect hence their query?

But there is apparently no tolerance by France, apart from the odd email by the pool on holuday. Work in France= pay tax in France. So this is a potentially risky strategy as if uncovered by authorities it coukd be awkward. URSAFF are not known for being tolerant.

Thanks to all for your time and responses, much appreciated!

Re @angelaR I can definitely confirm people living together will be issued with S1’s from the UK - somewhere on the accompanying letter with the S1’s it says it’s up to the receiving authority’s rules as to whether a partners S1 will be accepted - so yes for France, but e.g. Spain which is more catholic (?) perhaps you have to be in an ‘official’ relationship?

The UK online S1 form has a section specifically for partners.

@karenlot - I recall the S1 form asks if your employed or self employed, so S1’s must be available for self employment. But I suspect from happy’s comments it will be less straightforward than employed status in the least…

I’d like to discuss further the specific modalities (I’d assumed you were self employed) - of course to maintain confidentiality perhaps I can send you a PM?

Once again thanks and regards.

so S1’s must be available for self employment

I have read this with interest, it seems complicated.
My interpretation of S1’s is that if the UK issues them, CPAM normally takes them and registers them. Why would it not. The S1 is the UK saying We will pay for this person’s healthcare, so CPAM is not likely to say No, we want to pay! are they.
But if the person is working and paying cotisations in France then CPAM cannot register an S1. A person can only be registered under one category for their route to healthcare and if they are paying cotisations then that is their route . Either they stop work and then the S1 can be registered, or they continue working and it cannot be registered.
I do not know if this helps at all but it is what I have been led to understand.

Yeah, frontalier or posted worker is the only way you can get an S1 pre-retirement age now.

EDIT And Sandcastle and I are wondering if that’s even possible now for someone who moved to France after Brexit.

I am not sure if once you lose your S1 due to working in France, you wouldn’t ever get it back if you live here as France becomes your competent state? I don’t know if it matters if it was a UK-issued S1 to someone of retirement age?

In other words, if you worked even a short period in France I am wondering if that means you’d never get a UK S1 after that.

I did not know if this was still possible after Brexit. I thought the frontalier and also the posted worker scheme were EU arrangements. I had heard that employers cannot use the posted worker scheme for British workers as they could before but thinking about it, this might perhaps be due to work permit issues rather than that the UK is no longer included in the scheme, but I do not know.

I had wondered about that too Sandcastle.

I was a frontier worker pre-Brexit, and continued to be so after Brexit. I have wondered whether someone who only moved to France after Brexit, but continued to work only in the UK, would still be able to get an S1

if you worked even a short period in France I am wondering if that means you’d never get a UK S1 after that.

I can answer this - people can move between the different categories under the WA - so can move between france employed and UK frontalier. They can probably be both (EDIT - I mean at the same time!) but in that case as sandcastle supposes, France would be the competent state for national insurance (and one would not pay NI in the UK - or receive a S1). Further edit - I remember KarenLot has covered this - if one says on the S1 application one is working anywhere else than the UK one doesn’t get one (a S1).

Note though that if you take a french pension you won’t get an S1 from UK. (I recall that situation has been covered in other threads).

I have a source for this (below) - for post brexit frontalier arrivals I think S1’s should be available because the trade and cooperation agreeement retains social security co-ordination rules - same reason UK pensioners moving to France post brexit will get S1’s (? - haven’t checked a source for that though).

One more comment - I think a transition between workers S1 and pensioners S1 shouldn’t result in any gap, the S1’s sent to Madame were backdated to the date of her state pension commencement.

Source is Professor Steve Peers University of Essex and his commentary on the WA. 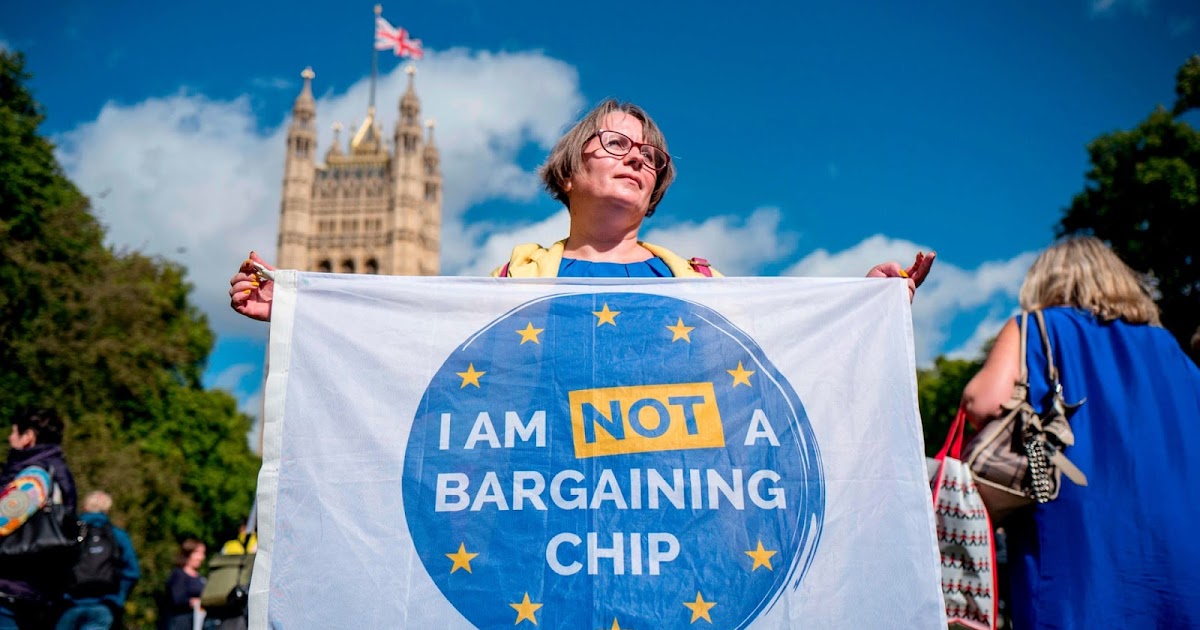 Professor  Steve Peers , University of Essex*    The issue of the acquired rights of EU27 and UK citizens has long been a focus...

Comment : The right of EU citizens or their family members to change the basis of their stay (provided that they still comply with the criteria for residence under EU law) is not explicitly referred to in the citizens’ Directive, but has always been protected in practice under the CJEU case law.

for post brexit frontalier arrivals I think S1’s should be available because the trade and cooperation agreeement retains social security co-ordination rules - haven’t checked a source for that though). 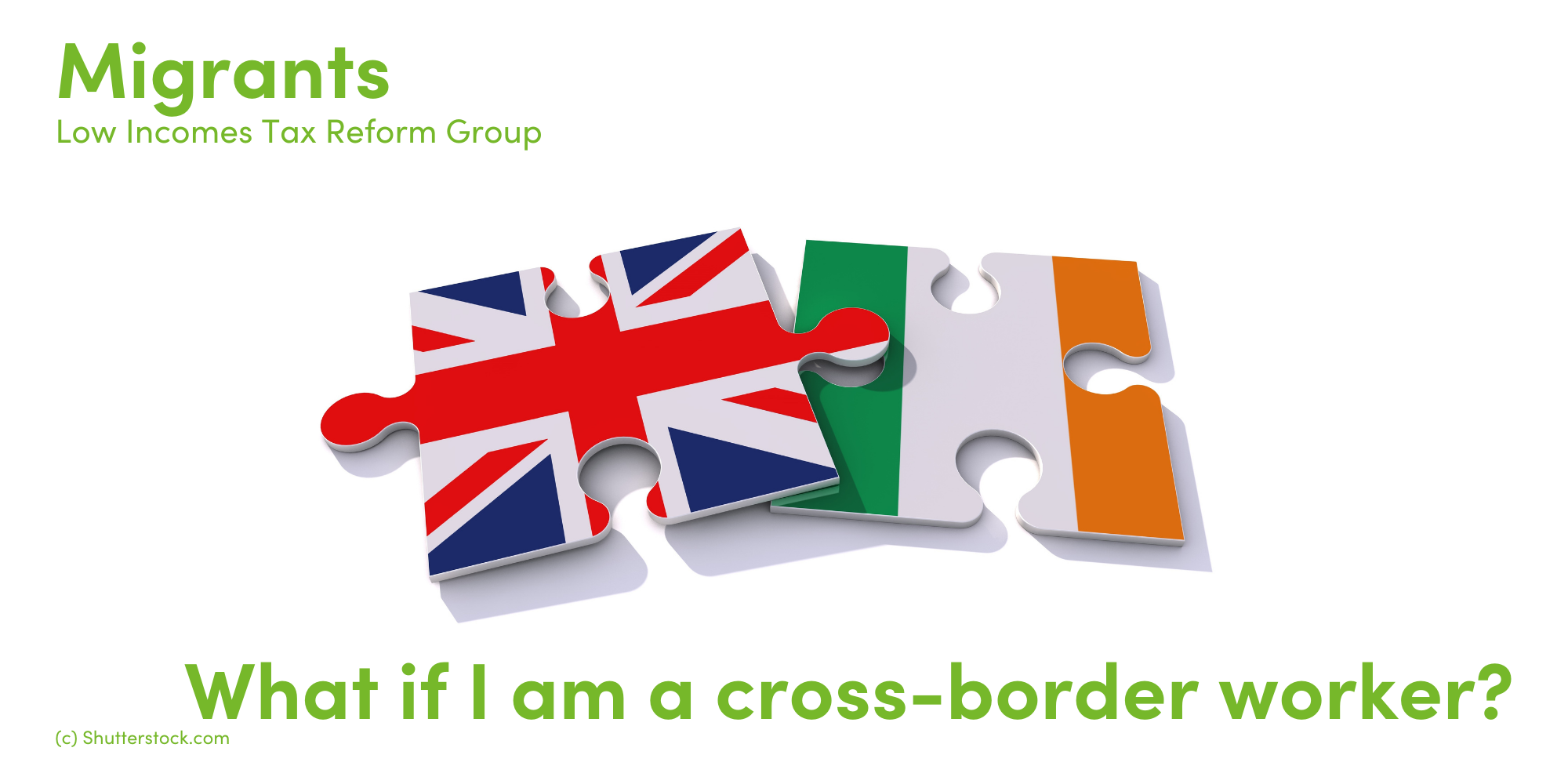 What if I am a cross-border worker? | Low Incomes Tax Reform Group

Cross-border workers are individuals who regularly travel from one country to another to work. For example, someone who lives in the Republic of Ireland but travels to work in Northern Ireland (which

There are four broad possibilities:

I think the ‘some important differences’ relate to posted workers - 2 year limits.

Other two scenarios not pasted.

Hello. I got the S1 prior to Brexit. But when I went to CPAM they said that I didn’t need/couldn’t use an S1 for my carte vitale which was suppressed as I didn’t know I needed to reapply each year. I only realised that when I got Covid and went to the dr.

But CPAM also said I can join my husband’s dossier - he has a carte vitale but no S1. Yes I am a frontalier worker. I was told by our accountant that it’s tax efficient if he gets an S1 hence all this effort!

I greatly appreciate all the replies! Thank you

I now understand your question more.

If you are still a frontalier you can get an S1 every year.

If your husband doesn’t get a UK state pension he can’t.